It was a catchy sing-a-long by pop duo Ottawan that defined an era of Club Med commercials in the late '80s, and it’s a song that’s still heard at Club Med resorts today.

Club Med, founded in 1950, now operates more than 70 premium resorts in stunning locations around the globe – all-inclusive “villages,” as they’re called, in 26 countries across five continents.

The brand’s claim to fame lies in pioneering the all-inclusive format so many years ago.

(That, and a fun choreographed dance called “Crazy Signs,” which only those who have stayed at a Club Med can truly appreciate).

The brand’s latest endeavour, Club Med Michès Playa Esmeralda, a $100 million U.S.-dollar project set to open in December 2019, is the first resort to operate in a soon-to-be-developed region on the northwest coast of Dominican Republic.

The plan is to open three to four new Club Meds every year, around the world, for the next five years.

Really, Club Med has a lot going on right now.

So why, then, are some travel agents in English-speaking Canada out of touch with the upscale brand and singing Hands up! like it was still 1988?

“Everyone knows the Club Med brand, but I find, here in English Canada, [travel agents] haven’t followed the evolution of the brand and where we are today,” Jacinda Lowry, national sales director at Club Med Canada tells PAX. “There’s old stereotyping.”

If there’s a good time to shatter stereotypes, it’s now.

In this PAX exclusive, we sit down with Lowry and Janet Martin, business development manager for Ontario, Alberta & British Columbia at Club Med, to dissect five common misconceptions about Club Med and shine new light on what Lowry calls the “true all-inclusive.” 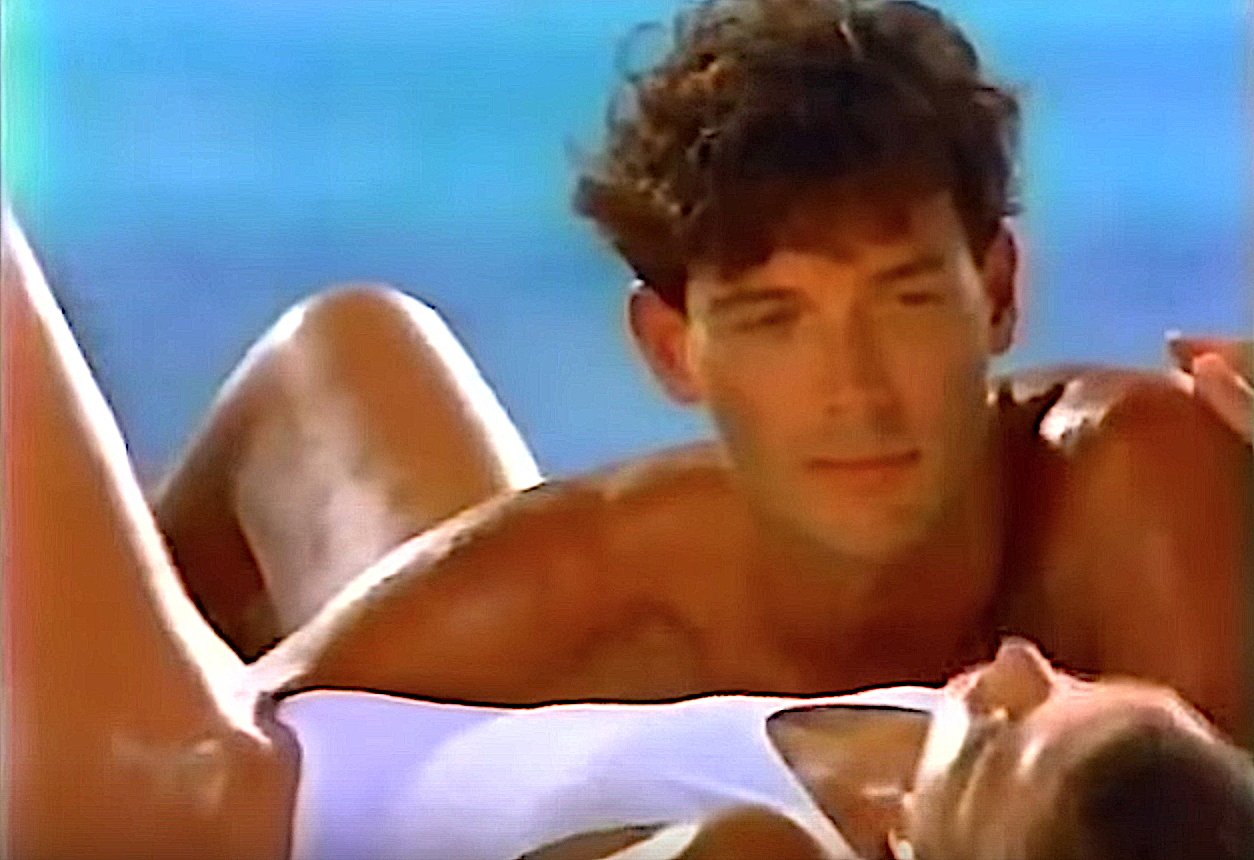 While some rooms at Club Med may not have had TVs long, long ago, that is certainly not the case in 2019. “I once did a round table presentation and had to prove to [agents] that there are TVs in the rooms,” Lowry says. Another misconception is that Club Med still uses beads for redeeming alcoholic beverages at the bar. That system, for the record, changed years ago (wrist bands are used now). And, yes, the rooms at Club Med’s resorts do in fact have locks – a question that, believe it or not, Martin still gets on occasion when she’s on the road visiting travel agents.

FACT: It used to be. Today, families are Club Med’s number one market.

“Eighty per cent of our clients are families,” Lowry says, noting how Club Med repositioned itself as an active player in the family market back in 2004.  Couples make up 20 per cent of business and 10 per cent is from Club Med’s growing stake in the MICE market and large group bookings, such as sports teams. As far as the MICE market is concerned: “We have tripled our business volume in the last five years,” Lowry says. 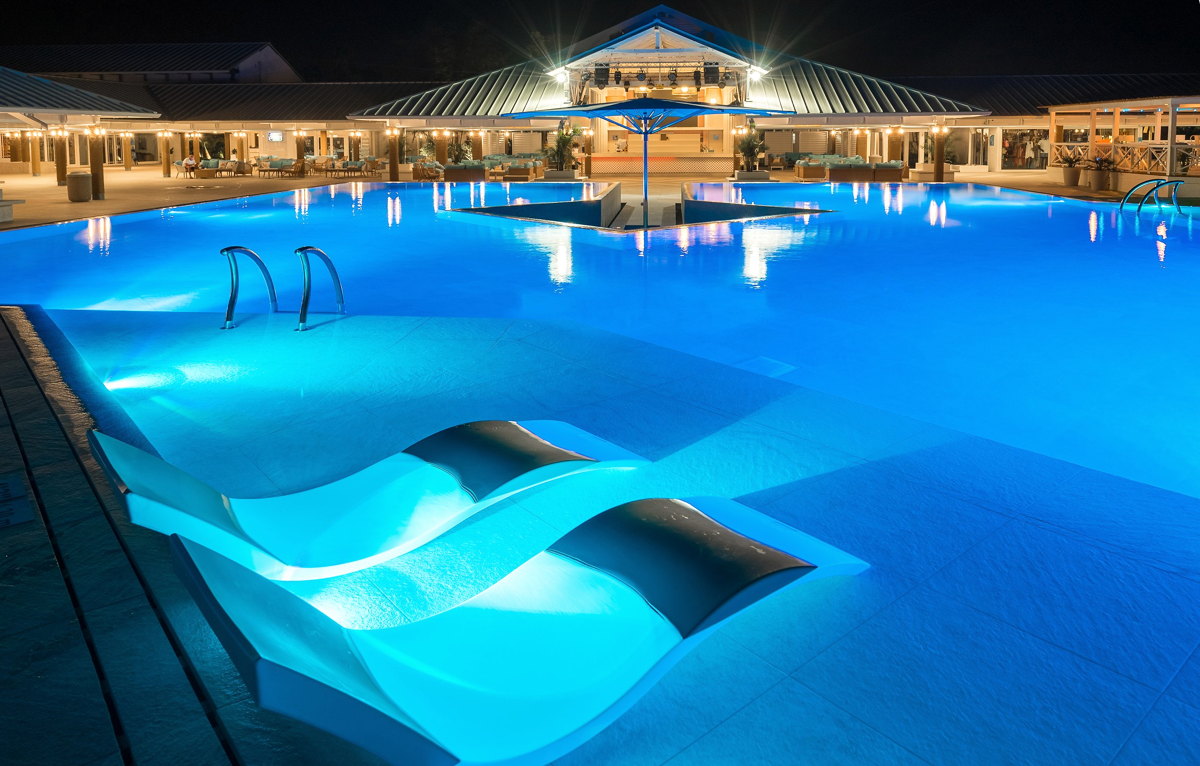 In fact, there are only three resorts in Club Med’s portfolio that are truly adults-only – Turkoise in Turks and Caicos, Kemer in Turkey, and Arcs Extreme in France. Other resorts in the collection have adopted adults-only “zones” so grown-ups can vacation with young ones and still have a space for themselves. The Zen Oasis at Club Med Punta Cana, and Zen Zones at properties in Da Balaia and Bali all offer this.

Club Med’s Kid’s Club offers care for babies as young as four months (“which is often difficult to find,” Martin notes) to adolescences as old as 17.  “We don’t just put them in a room with videogames. They’re outside doing things,” Lowry explains, noting the unique outdoor activities that are available to Club Med guests, from sailing to archery to waterskiing.

“A lot of people think that only French people go there, that it’s a French project, and that you have to speak French,” says Martin. Yes, Club Med’s head office is based in Paris, France, and when visiting a Club Med resort, you may hear guests speaking en francais because the brand is popular with Europeans. 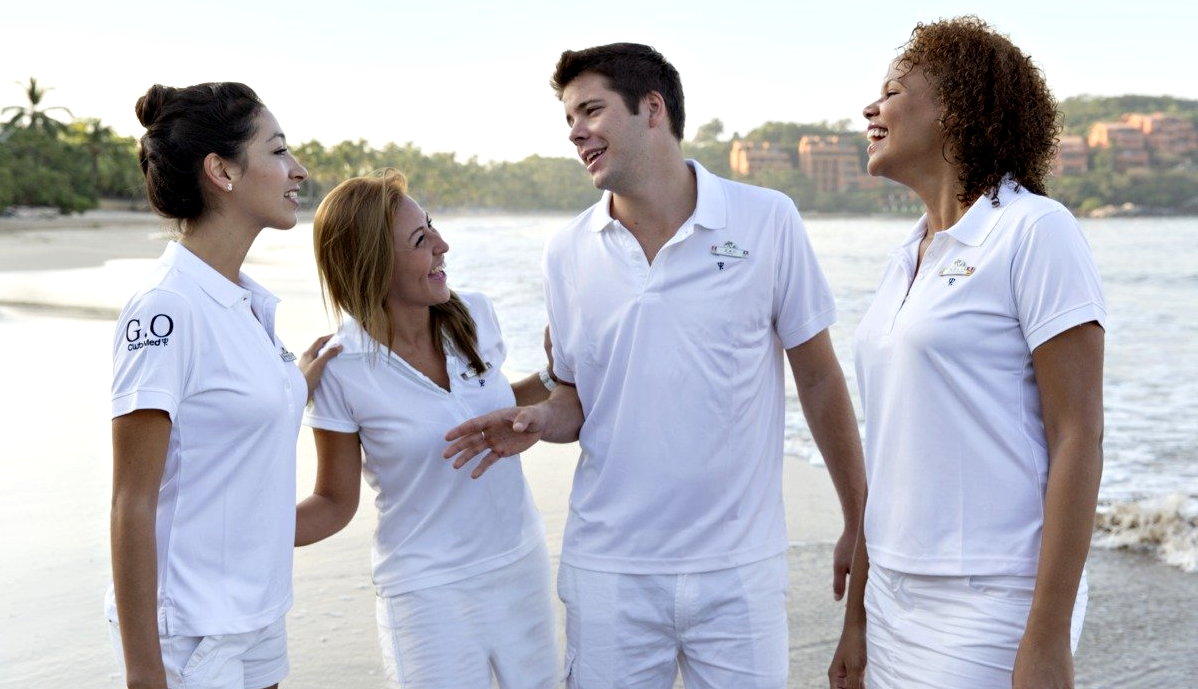 But speaking French is not mandatory as all the G.O.s (“Gracious Organizers,” Club Med’s term for resort staff ) speak English, among other languages. “People say we’re French,” says Martin.  “We’re European. We’re international.”  Young anglophones in the resort’s Kid’s Club also have an opportunity to meet other non-English speaking children, in turn rounding out the multicultural experience that is Club Med.

MYTH: Club Med is only about sand and sun.

While many associate Club Med with turquoise oceans and buttery beaches, the brand extends to snowy mountains, too, with its portfolio of all-inclusive ski resorts.

“When we talk about our ski resorts, it’s the lift ticket, the ski pass, the lessons… it’s all included,” says Lowry. Flights, transfers, accommodations, alcohol, meals and tips are included, too.

“It’s all one price,” Martin adds. 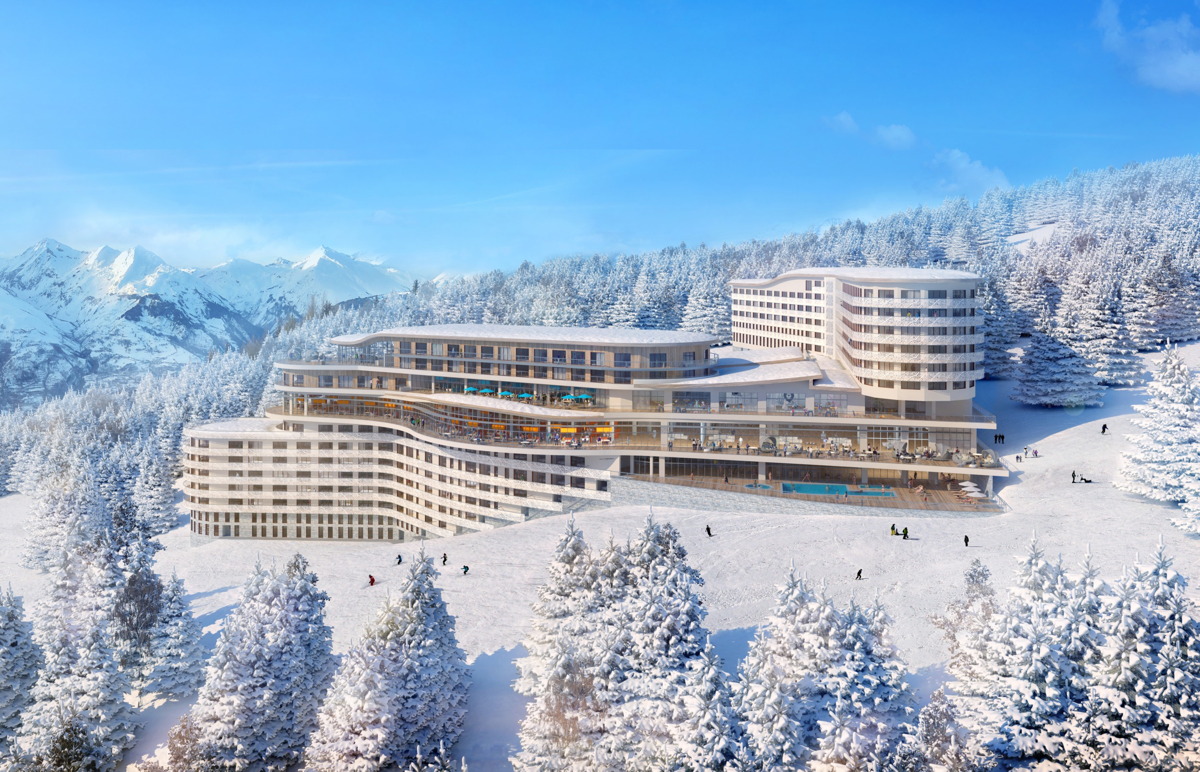 Club Med has 18 ski resorts in the Alps (French, Italian, and Swiss) and four resorts outside of the Alps (two in China and two in Japan), making 22 in total. Resorts include the newly-launched Les Arces Panorama and Samoens Morillon Grand Massif,  in addition to the upcoming Quebec Charlevoix, launching in 2020, which will give Canadians an all-inclusive ski option close to home.

MYTH: You can only book land with Club Med.

FACT: Club Med is its own tour operator.

“When I’m doing sales calls, a lot of agents say: ‘I don’t know how to book you,’” Martin says. When travel agents call 1-800-ClubMed, reps will package entire vacations them – air, transfers and all. Phone is a common method used by Canadian travel agents right now, Martin says. 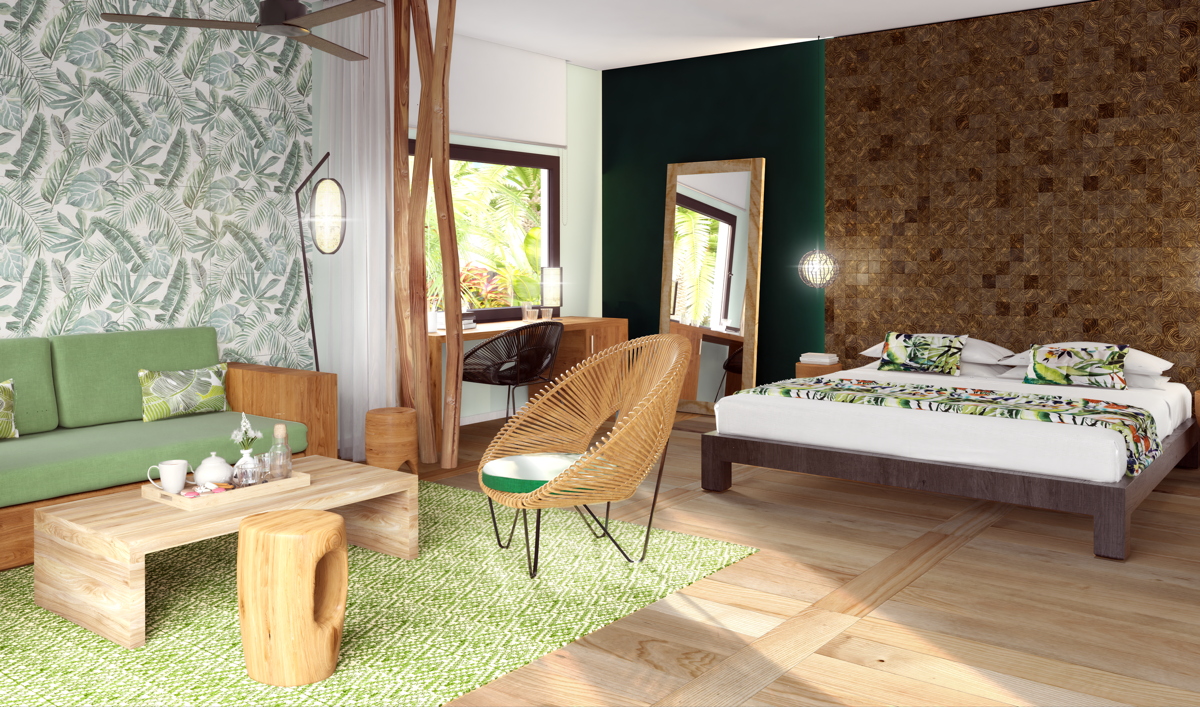 Club Med joining SIREV this month makes booking a little more accessible, though it’s still a work in progress (Club Med’s entire portfolio isn’t listed yet, just a selection of Caribbean, U.S., Mexico and ski products). If agencies can’t see Club Med in SIREV yet, they’re advised to contact SIREV directly as there’s a setting that may need to be changed in their backend, Martin advises. Coming up soon will be listings on Sabre Vacations, and many more booking engines down the road.

Alternatively, agents can also use easyclubmed.com, an online booking portal. However, it isn’t exactly easy when using it for the first time as you need to contact Club Med’s inside sales team for a log-in. When in doubt, contact your local Club Med BDM. 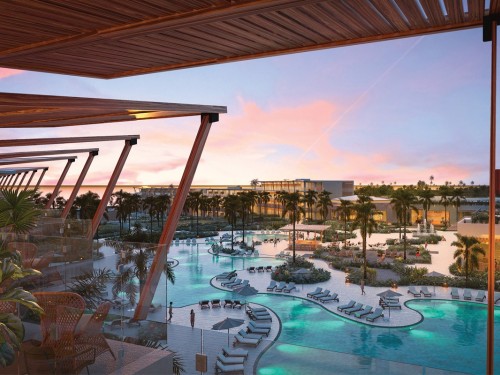 These AMResorts properties in the Dominican Republic are temporarily closed 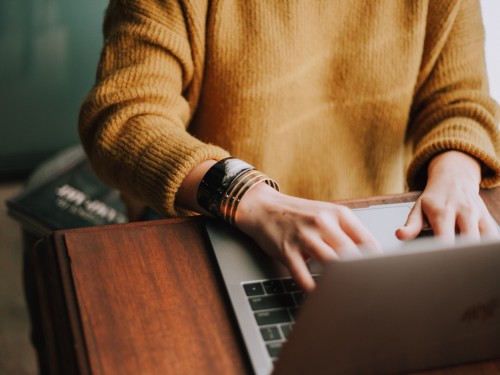