As tributes continues to pour in for late Jamaican entrepreneur Gordon “Butch” Stewart, Air Canada Vacations has become the latest company to honour the chairman and founder of the iconic Sandals Resorts brand.

"Some people are dreamers, and some are doers; my dad was the magical combination of both. He was fiercely passionate about offering a product that would exceed expectations, and we are incredibly honoured to continue his pursuit of innovation, raising the bar, and creating landmark moments for our valued guests," said Adam Stewart in a statement. 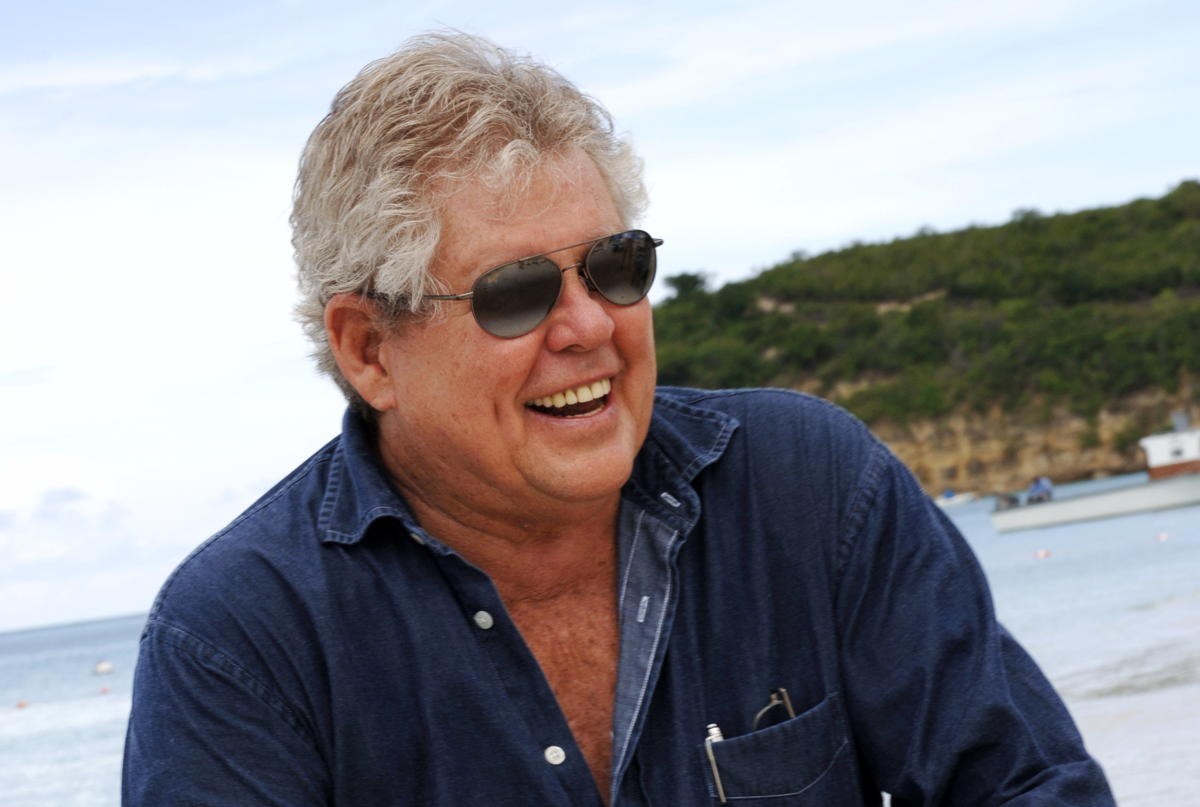 The passing of Butch Stewart has come as a "great loss to the travel community," says Air Canada Vacations, which released the following tribute to the iconic hotelier and entrepreneur on Tuesday (Jan. 19).

For everyone in the travel industry, Gordon “Butch” Stewart’s name is synonymous with success and the transformation of tourism in the Caribbean.

By the time many began their careers in travel, the legendary Sandals brand had already been a well-established beacon of innovation, with the hotelier’s larger-than-life personality contributing to its celebrity.

To his friends and partners, however, Stewart was far more than a series of accomplishments in hospitality.

He was the ultimate host and a true visionary, wrapping everyone around him in the warmth of his kindness while always keeping them on their toes.

The relationship between Sandals and Air Canada Vacations dates back to the very beginning of the resort empire.

The budding partnership that began with the opening of the Sandals Montego Bay in the early eighties blossomed into a unique connection embedded in the everyday work of both teams.

The strength of the partnership was illustrated in the organizations’ shared successes and collaborations throughout the years, with Air Canada and Air Canada Vacations adding flights and packages to every destination where a Sandals or Beaches resort opened its doors.

Reflecting on his relationship with Stewart, Nino Montagnese, Vice-President of Air Canada Vacations, relates “it evolved into more than a partnership. It was a true friendship. After a conference at the Royal Plantation in Jamaica, Mr. Stewart took us to his favourite place on the island for a swim. We talked about life, our dreams and our love of travel.”

The hotelier drew people to him through his generous spirit, balancing his flair for luxury with a genuine caring that made those around him feel at home. 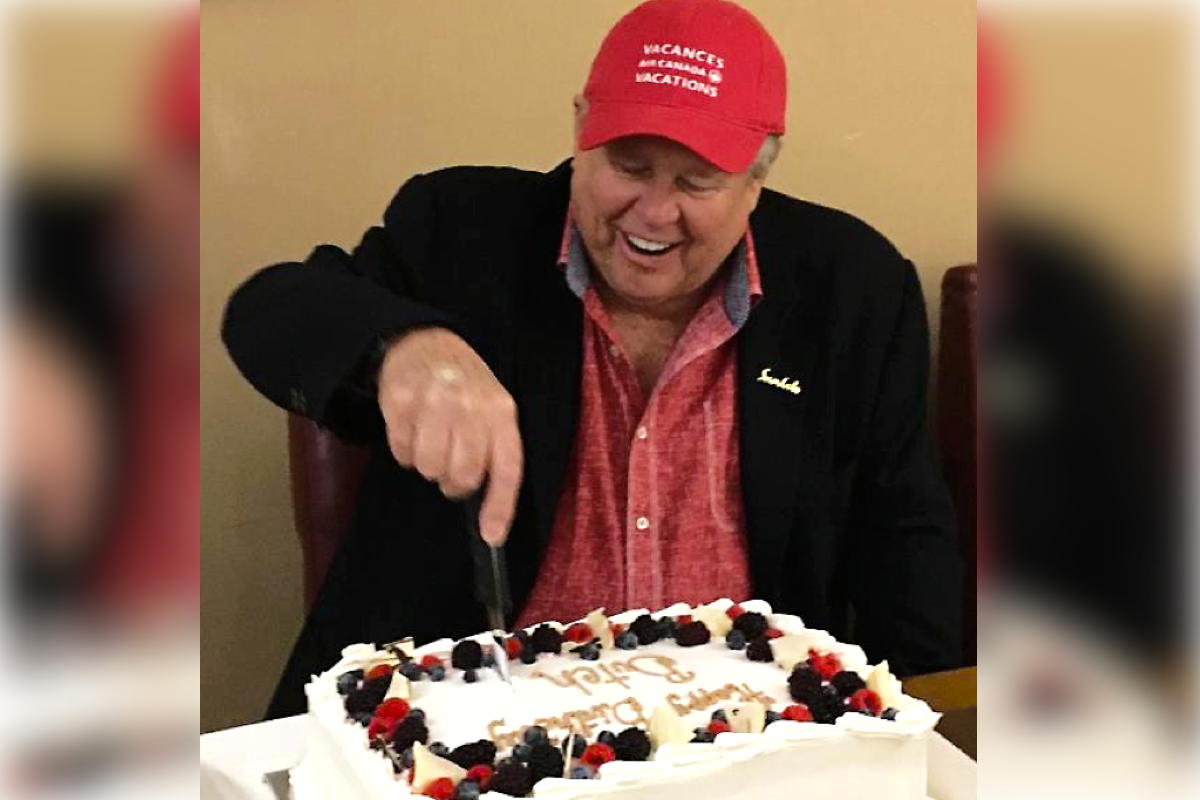 Stewart could indulge executives by whisking them away on a private yacht tour of the Nassau Islands, and then unexpectedly bring out their inner child by hosing them off after a swim.

“He caught people off guard, but in a good way. He was always giving, sharing and treating every customer as a friend,” recalls Montagnese fondly.

Stewart’s combination of charisma, passion and vision are what led to his success.

His love for his Jamaican homeland and the majesty of the Caribbean allowed the visionary leader to imagine endless possibilities.

Where some might see a neglected piece of land, the hospitality pioneer saw the potential for a world-class vacation experience.

“If Mr. Stewart spoke, you listened,” remembers Diana Rodriguez, Director of Product Development at Air Canada Vacations. “Not because it was the right thing to do, but because you wanted to take him in and catch a little bit of that ‘dream big’ attitude. Imagine taking a small corner of the globe and bringing it to the attention of the entire world. This is a huge legacy that will never be duplicated.”

Upon the news of his passing, members of the Air Canada Vacations team recounted stories of their interactions with the hotel innovator throughout the years.

Although the details of each story were different, one recurring theme emerged: Butch Stewart shone his light on everyone he met.

His playful charm, quick wit and considerate attitude earned him the admiration of his peers throughout the industry.

“He respected the travel community and our business. In turn, we respected him,” notes Montagnese.

His legacy will carry on through generations, thanks in no small part to his magic touch and the meaningful connections he forged with his partners.

For the Air Canada Vacations team, reminders of the special partnership endure beyond the hotel magnate’s passing.

Montagnese nods to the co-branded vehicles driven by the tour operator’s sales team as an example, warmly remembering the time that Stewart flew to Canada to personally hand him the keys to the new fleet.

Dina Bertolo, Vice-President of Product Development, remarked that the relationship between the two travel industry leaders was “a match made in heaven. We are proud to say that it remains stronger than ever today.”

The passing of Butch Stewart has come as a great loss to the travel community he helped build.

Although his absence will be markedly felt by industry peers for years to come, his professional and personal accomplishments have indelibly left the world with something it desperately needs – hope for the endless possibilities he envisioned.