“How will I be able to make sure our clients get their money without all of us going bankrupt?” asks Lori Caravetta, owner and manager of Fernie, BC-based Mountain High Travel and Tours.

Caravetta is one of many travel agents in Canada feeling frustrated, angry and nervous after the Canadian government, last weekend, stated that a government bailout of the aviation industry would hinge on airlines issuing refunds to customers.

The word surfaced on Sunday (Nov. 8) as Canada's Minister of Transport, Marc Garneau, confirmed that Ottawa is developing an aid package for the airlines.

The debate over refunds vs. vouchers has been ongoing since the onset of the COVID-19 pandemic when thousands of flights were cancelled due to closed borders and travel restrictions. 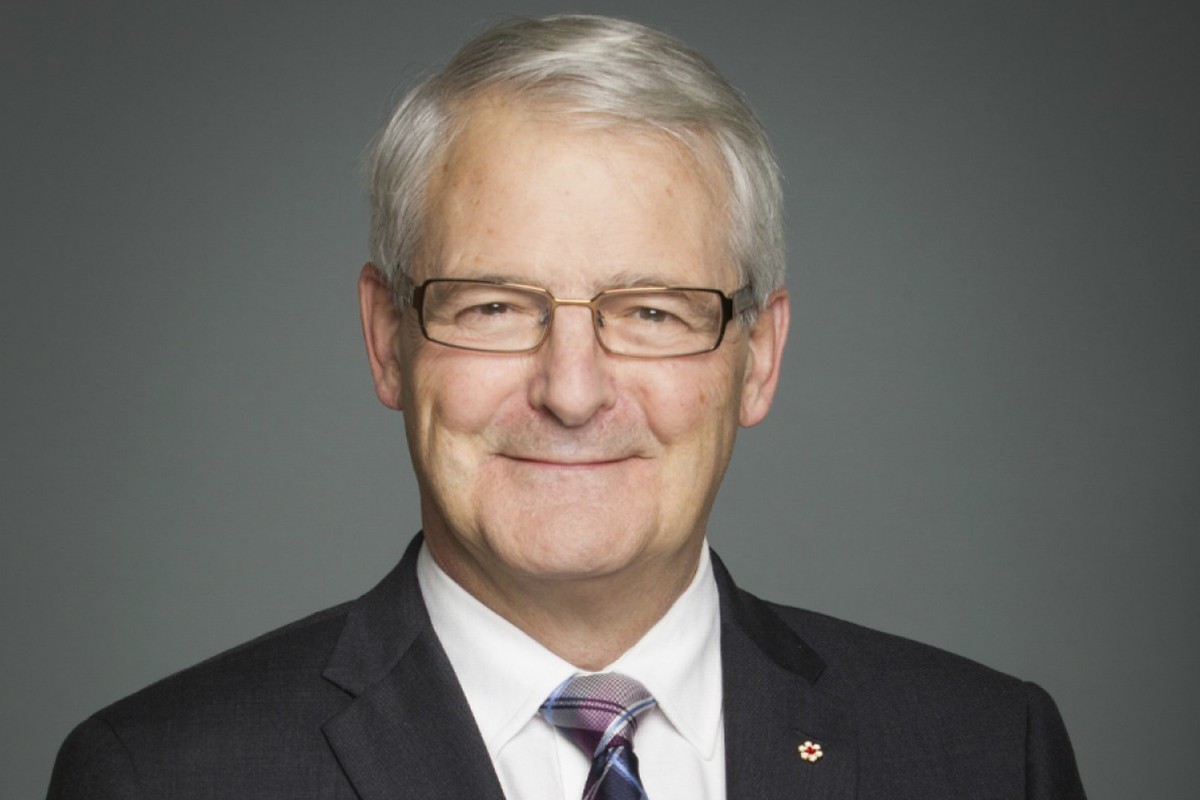 On this front, Minister Garneau, who has remained relatively quiet on the issue for months, sided with consumers:

“Before we spend one penny of taxpayer money on airlines, we will ensure Canadians get their refunds,” Garneau said in a statement.

“I am sick with stress”

But this comes as a slap in the face to travel advisors, who not only have spent the bulk of 2020 working for free to cancel and rebook trips with vouchers, but now also face the real possibility of having to pay back thousands of dollars in hard-earned commissions.

“I am sick with stress and angry that we, as agents, are not thought of at all, unless [the airlines] need something from us,” Caravetta wrote PAX in an email.

Caravetta believes “we will absolutely be losing a lot of agents and agencies” if airlines begin issuing mass refunds without any regard for commission protections. 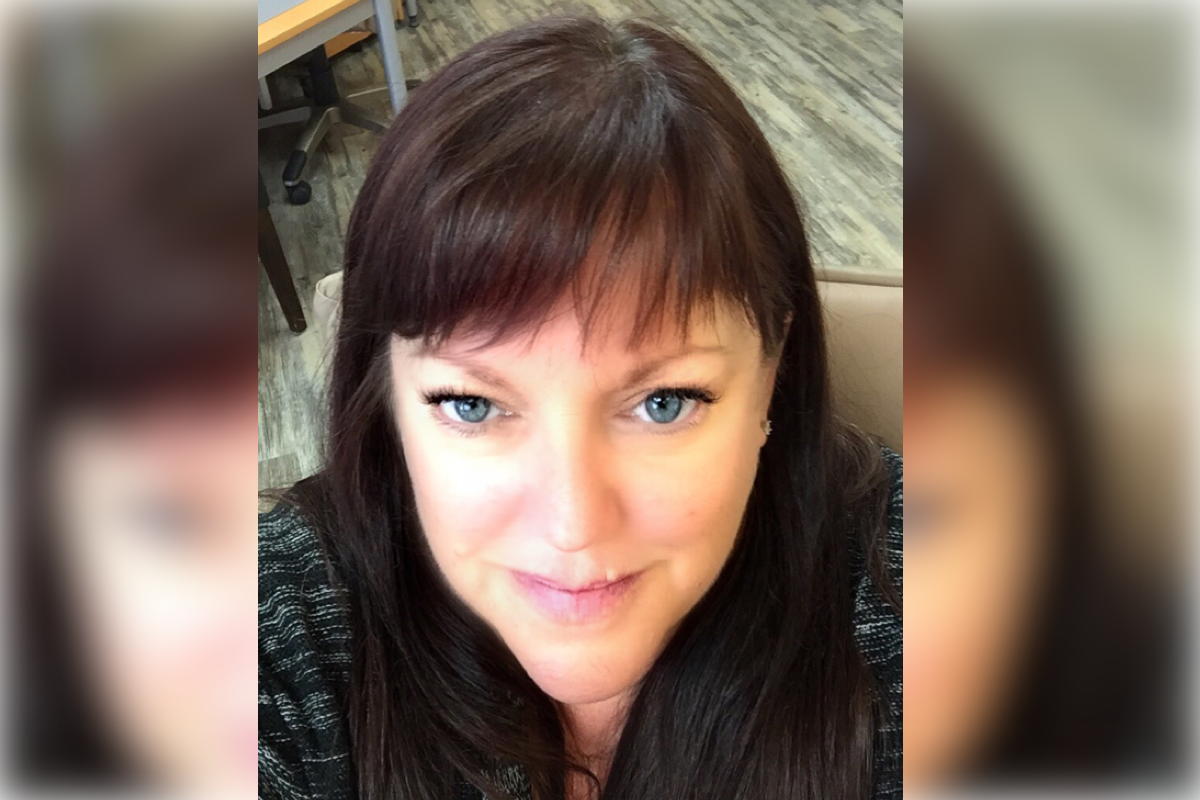 “My income paid my mortgage for my office and home, insurance, taxes, and put food on the table for my kids,” she said. “There’s no money to pay back!”

Air Transat began refunding some customers in the summer after it suspended its Western Canada flights to the South and U.S. for the winter 2020-2021 season.

This led to a wave of commission recalls, clawing back income that some agents made as far back as 2019.

The WestJet Group, on Oct. 21, announced that it would begin refunding customers whose flights were cancelled by WestJet and Swoop, from any time period, due to the COVID-19 pandemic.

The commission recalls in this matter have already begun, agents say.

Air Canada has refunded some $1.2 billion in refundable tickets since the start of 2020, the company has previously said. Its refund policy remains unchanged (commissions to agents are not paid on refunded tickets).

Flemming Friisdahl, president and founder of The Travel Agent Next Door, appeared on Global News on Thursday (Nov. 12) to publicly highlight the severity of the issue.

“We, as a company, have had to pay back close to $300,000 of commissions over the last few months,” Friisdahl told the news show.

Friisdahl explained that as companies begin to issue refunds, a trickle-down effect will see agents pay for it unless protections are implemented. 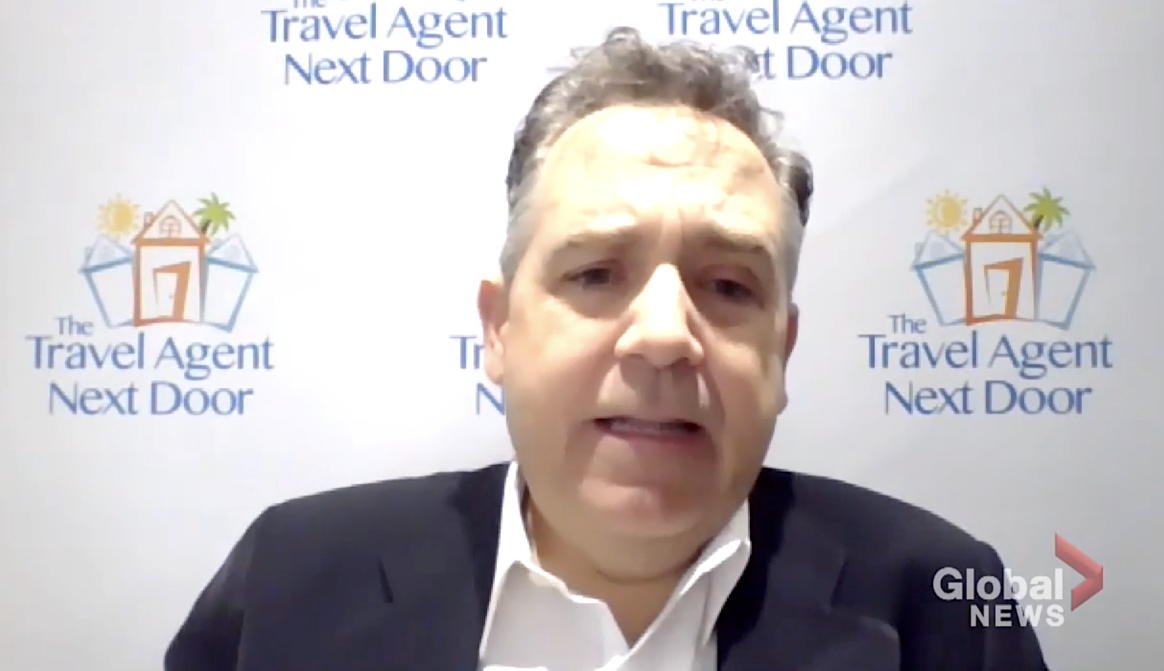 He said many agents at TTAND have already had thousands of dollars recalled by companies.

“The problem is [agents] have already spent it on rent, groceries,” Friisdahl said.

Coates, like many travel advisors, wants to be able to refund her clients. 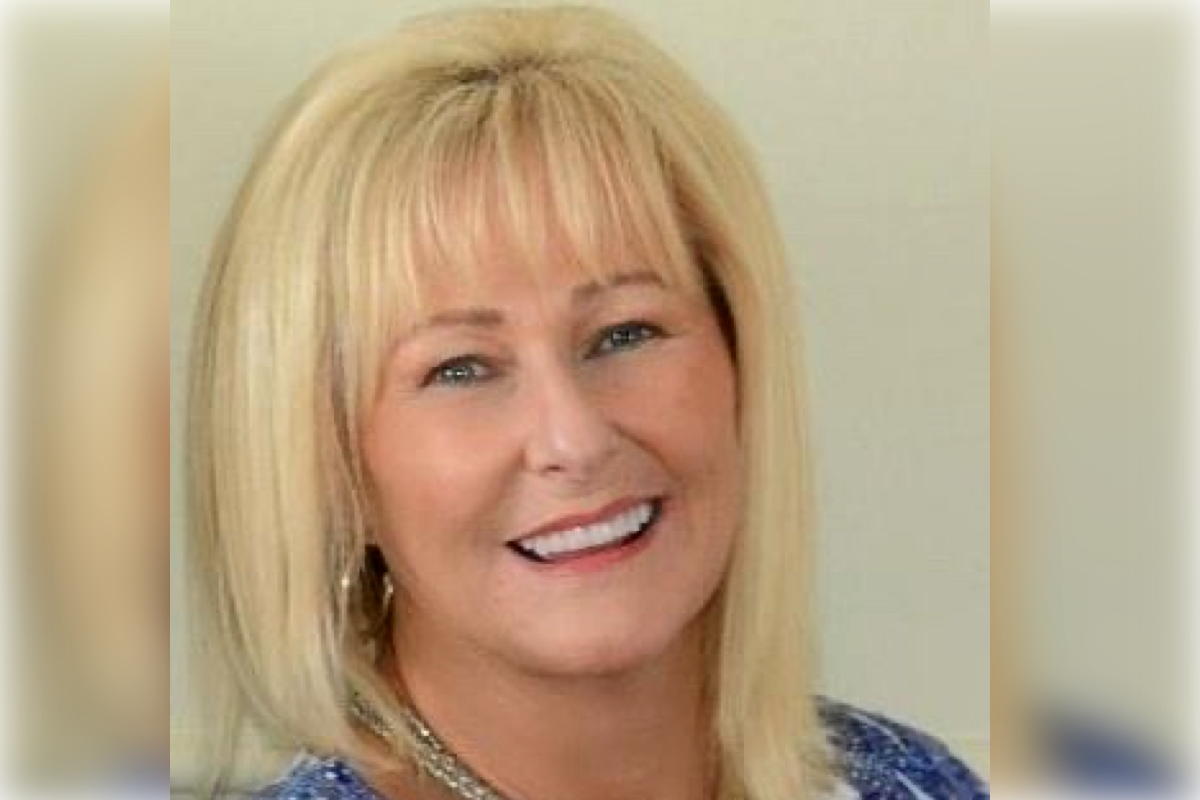 However, there must be a clause so agents aren’t forced to give up their pay for work they’ve already done, she explained.

“We want [the government] to be able to include some kind of stipulation so that travel agents get their commissions protected,” Coates told Global.

ACITA has been rallying independent and self-employed travel advisors since June on a private Facebook group, which now has more than 1,400 members.

The group's aim, from the beginning, has been to educate and lobby Canadian politicians about the unique challenges self-employed travel agents are facing amid the pandemic, from the barriers associated with accessing financial aid to outlining how commission is paid.

Their strategy - a not-taking-no-for-an-answer approach - revolves around meeting with government officials, via Zoom, so they and their members can personally illustrate the situation and articulate their demands.

"We’ve been really pushing ourselves to meet, and re-meet, with as many MPs and policy advisors as possible over the past two weeks," Coates told PAX. "We believe that an equitable solution would be for the government to have a contingency clause in the agreement that would stipulate that airlines must protect agent commissions in order to receive the bailout money."

PAX emailed Minister Garneau’s office this week to ask what the Canadian government will do to protect travel agent commissions if airlines begin refunding customers. (We have not yet received a response).

Caravetta pointed out how agents only get paid commission on the base fare – “so the rest is taxes, paid to the government.”

One solution, she said, is to have providers refund the base fares to customers, minus the commissions earned, and have the government cover the remaining amount.

The commissions that agents have already paid back should also be returned, she said.

“We need our income protected now and moving forward!” wrote Caravetta. “It should not be an option to ask us for our income back. This is non-negotiable!”

Travel advisor Carol Taylor of Oshawa, ON-based Breakaway Travel said she was hit with “full anxiety” upon learning about the prospect of having to return income she worked hard for.

“We’re already at eight months of waiting to start earning income. We won’t be able to cover this recall,” Taylor told PAX.

She said her business has already spent the money on wages, benefits, rent, advertising and bookkeeping. 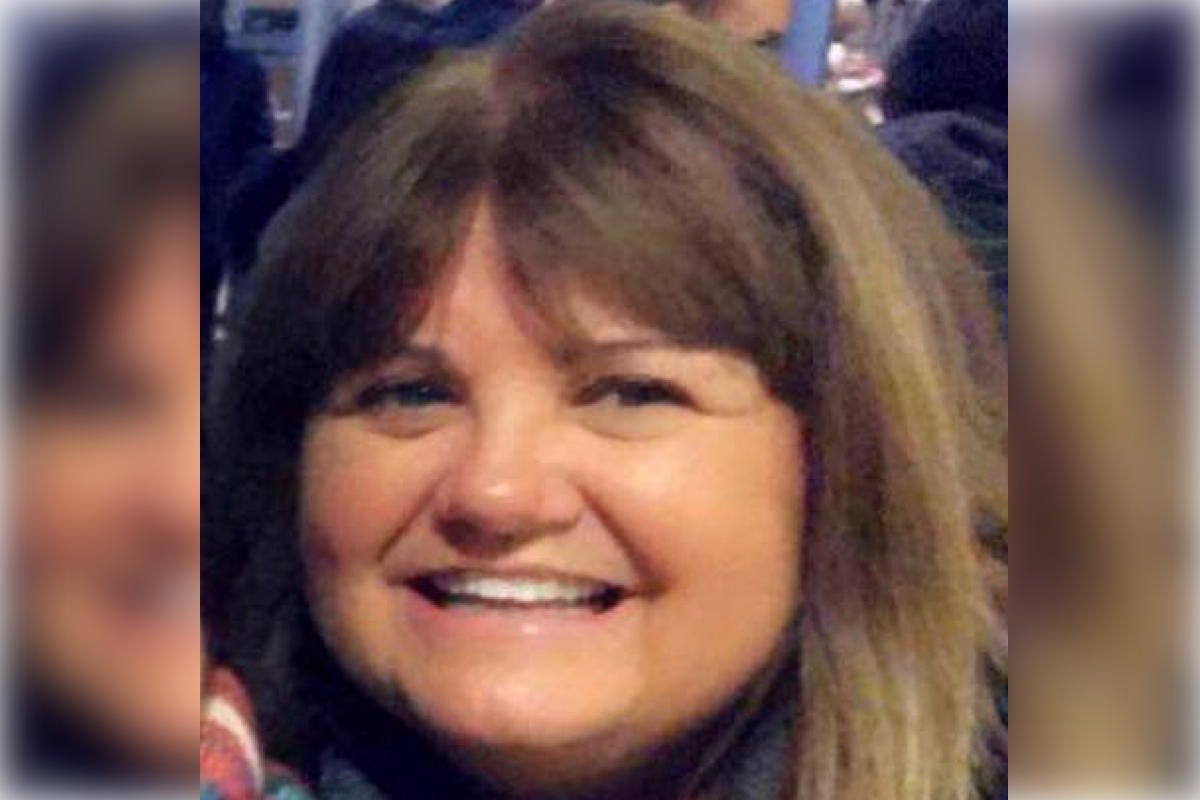 “We are doing everything we can to earn any small amount of commission,” said Taylor. “Very few have actually travelled, so it’s lots of planning and no return. It’s very deflating! I think 100 agencies have closed as they saw this was too difficult to continue.”

“We’re sending back money that we earned honestly.”

When travel advisors Elaine Simpson and Ana Tremblay, co-owners of Algonquin Travel & Cruise Centre in Gloucester, ON, first heard Minister Garneau’s remarks about refunds and federal aid for airlines, they couldn’t believe what they were hearing, eight months into the pandemic.

“Why now and not before?” the ladies said in a joint statement. “If this was a male-dominated profession…would the same thing be happening?”

Garneau said any assistance the government provides “will come with strict conditions to protect Canadians and the public interest.”

With that in mind, the ladies hope Garneau recognizes that “we are also Canadians and small business owners with dependent employees in need of absolute protection from the disastrous consequences of commission recalls.” 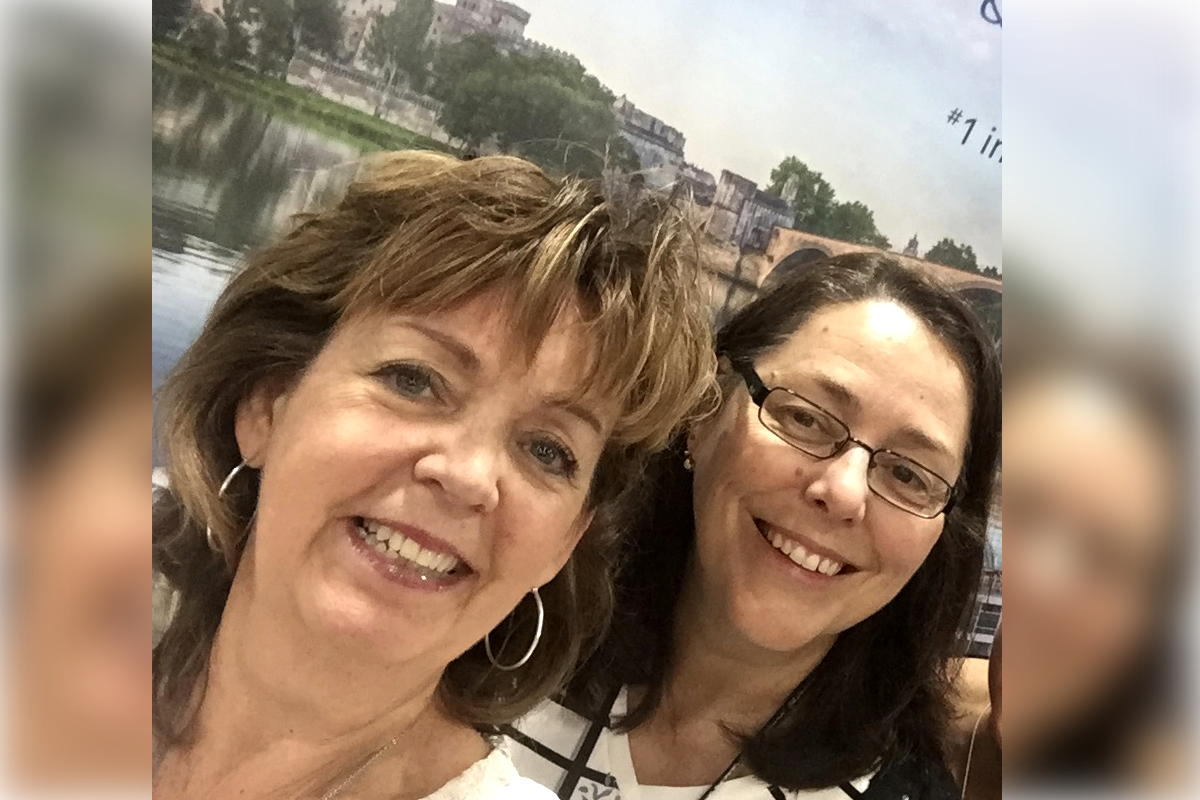 Travel agents are being “repeatedly shortchanged in the process,” said Simpson and Tremblay.

“We have been making next to zero revenue because of the travel lockdowns and these commissions have long since been earmarked for all the expenses that have gone into day-to-day survival,” they said. “Eight months later, there is nothing left in the kitty to help ourselves, let alone to help supplement the bailout of airlines and third-party travel suppliers.”

While all parts of the travel industry have been impacted by COVID-19, travel advisors are in a league of their own, they argued.

The two travel advisors applaud refunds, “but it cannot be allowed at the expense of the very sector that has been on the front lines in this battle, advocating for clients since March,” said Simpson and Tremblay.

“Allowing commission recalls in conjunction with this round of refunds is akin to cutting the cord and letting us drift out to sea without a paddle to help us safely back to shore," they told PAX.

With that, they added:

“There is still time to throw a life preserver to the travel agent community and include us in the same aid package, with the same considerations being deliberated for the airline industry.”