While he’s always had a fabulous social media feed, Freddie Marsh truly wasn’t planning on taking his entire summer off.

The year 2020 started off busy. The business development manager for Playa Hotels and Resorts was routinely on the road and in the air, spending 50 per cent of his time away from his home in New Westminster, BC, to connect with travel agents throughout the great provinces of Western Canada.

Then, COVID-19 hit, and Marsh, unexpectedly, found himself with plenty of free time. 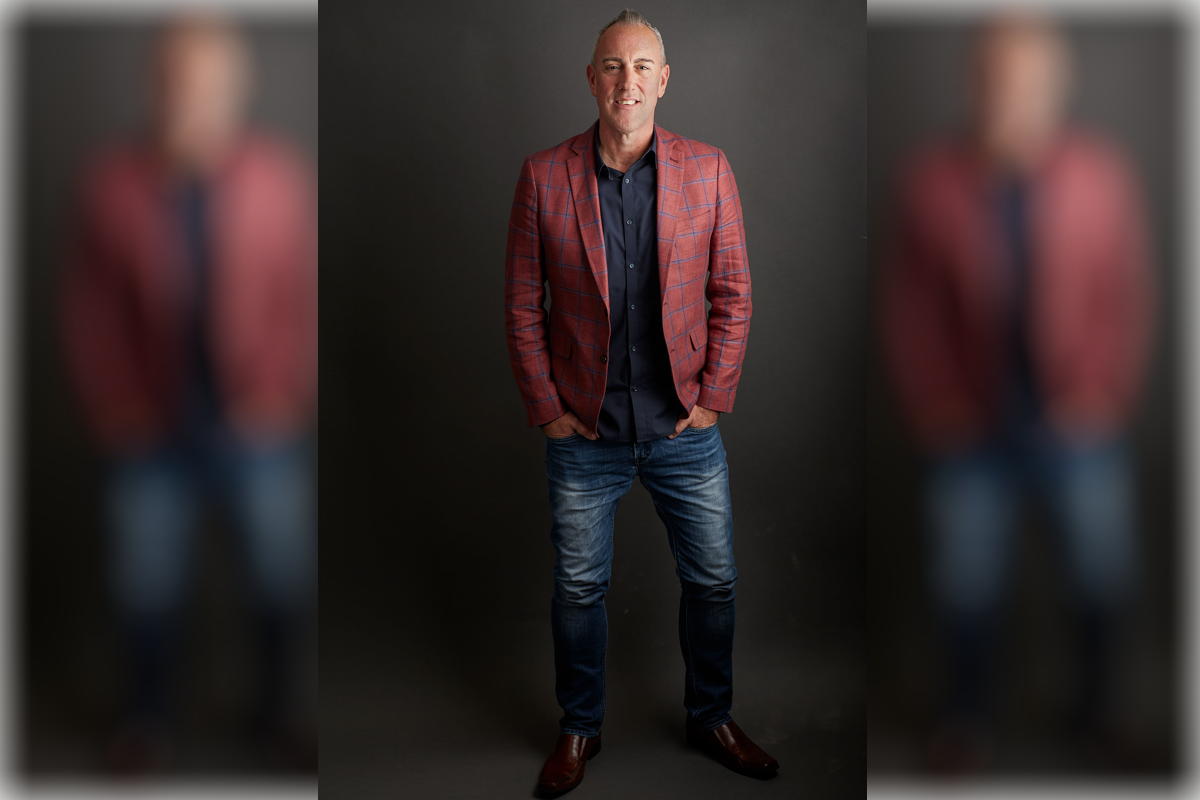 Freddie, like many in Canada’s travel industry, got furloughed – a terrible outcome for any passionate professional, but one that forced Marsh to discover new things about himself and his community (while doing something creative at the same time).

And with that, Freddie Got Furloughed was born – a YouTube channel, created and hosted by Marsh, that highlights and explores the great trails and parks of metro Vancouver.

“I’m one of those people who really needs a project to keep busy,” Marsh writes in the “About” section of his channel. “So, this is my project. My plan is to document this unusual time.”

Each video that Marsh films, edits and uploads to YouTube documents a different hike, showcasing the highlights (and lowlights) from each daily outing, including the length of time, the trail’s difficulty level and Marsh’s own honest commentary.

Joined by his husband Dave, Marsh has uploaded a new hike every day since he launched his channel in June, taking viewers to places like Shoreline Trail in Port Moody to Middle Arm Trail in Richmond to even Train Wreck Trail in Whistler. 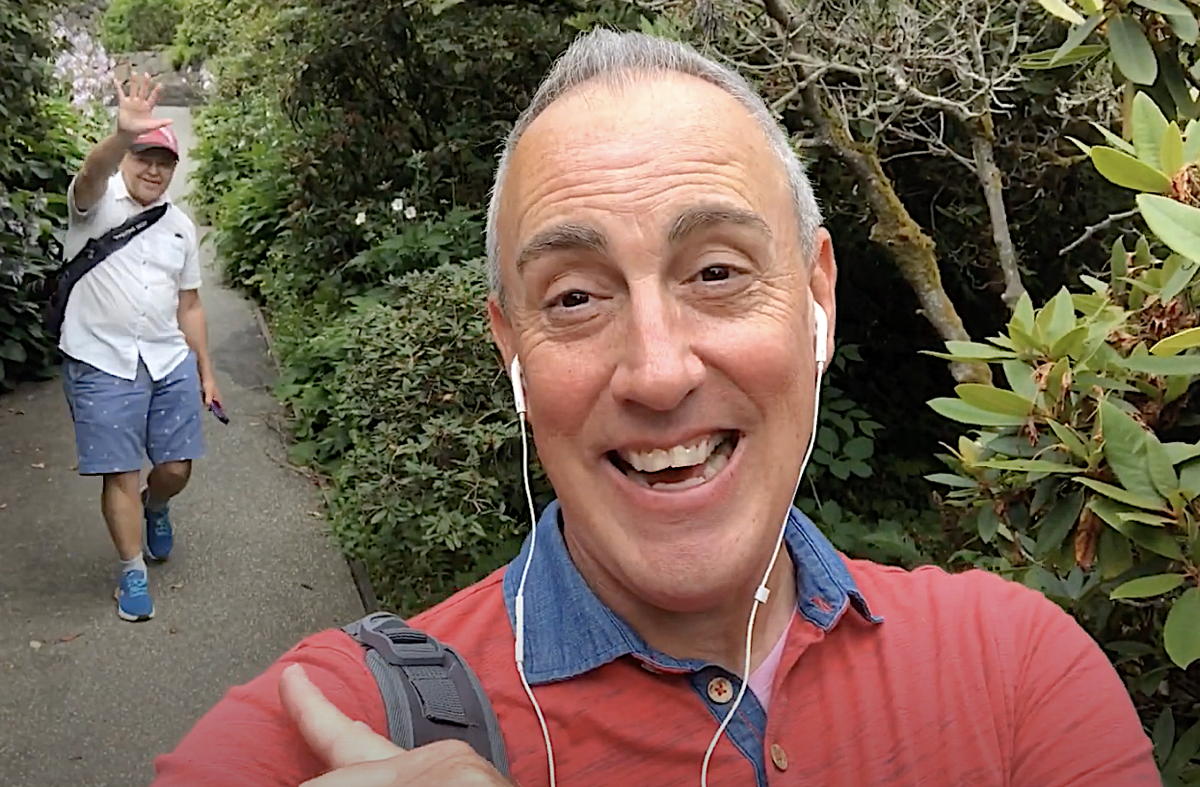 For Marsh, (who has always been one to spearhead creative ideas), the project has been a huge relief from the mental stress that comes with being furloughed during the pandemic, he says.

“I was having a tough time with it and I needed something to do,” Marsh told CBC Radio in a recent interview that put the spotlight on his growing YouTube channel. “I was having anxiety, waking up in middle of the night…I think a lot of people are going through the same thing where everything has been turned upside down and [you’re] suddenly unemployed.”

Even though they didn’t have a ton of hiking experience, Marsh and his partner Dave saw the project as an activity that allowed them to explore their own backyard while still practice social distancing.

“It’s a new thing for us,” Marsh said, noting that he’s discovered trails and destinations in BC that “he didn’t know existed.”

Using his iPhone to film each new adventure, Marsh takes the footage he shoots, edits it together using iMovie and uploads the final product for friends and family to see.

“It takes a couple of minutes,” Marsh told CBC. “A lot of my family and friends watch it, and I’ve been doing it for them.  It gives me the motivation to keep going out there and try a different hike each day.”

He uses an app called “AllTrails” to plan out each new experience. 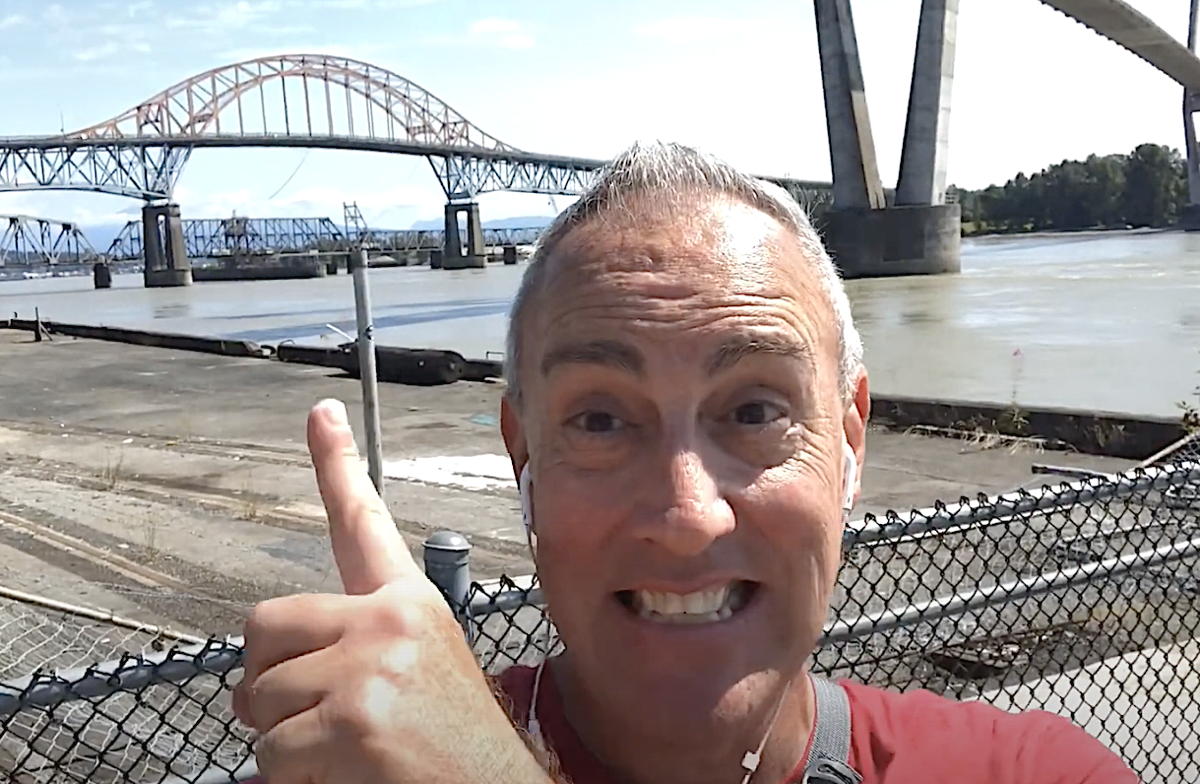 The app, which maps out 100,000-plus trails and mountain biking routes, indicates various difficulty levels and even points out if a given trail is busy or not, Marsh said.

“Being outside with fresh air and exercise has done wonders,” said Marsh, who revealed that he’s also taken up yoga in recent months to help clear his head.

He’s also embraced an “ignorance is bliss” approach to the COVID-19 pandemic by taking a break from watching the news each day.

“It really has changed the way I was feeling a couple of months ago,” he said.

Marsh hopes that he’ll be back in the saddle and working again “hopefully this fall,” he said.

Until then, you can catch him and Dave take on a new adventure into the great wilderness, one upload at a time.

“We’re so lucky on the West Coast with all the options we have here,” Marsh said.