RIU Hotels & Resorts has opened the 428-room Riu Palace Kukulkan on a beach in Cancun, Mexico.

The all-inclusive, adults-only hotel, with bright and spacious rooms, has a colour palette of natural and earth tones, giving spaces a warm feel.

Reception has sophisticated decor with marble and wood, which, in combination with the indirect, modest lighting, give guests a warm welcome.

Enormous green columns preside over the lobby and contrast with the comfortable curved white sofas that add distinction in combination with the spectacular lighting fixtures. 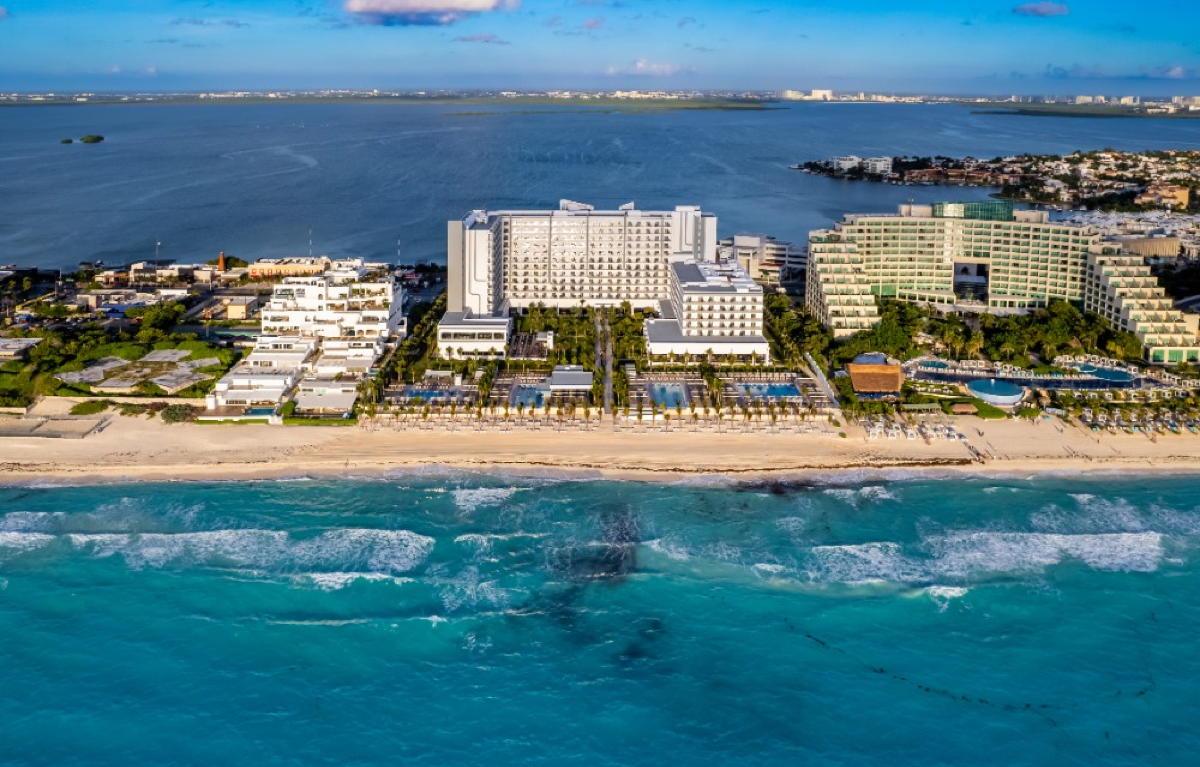 The new hotel has seven restaurants: the main Don Julio, a great buffet with terrace; the Japanese restaurant Sunakku; the Krystal, with fusion food; the Mexican restaurant la Casa de las Flores; the Italian restaurant Rossini; a poolside steakhouse perfect for meat lovers; and the grill Pepe’s Food with barbecue delights served throughout the day.

Outside, guests will be able to enjoy up to four pools in addition to direct beach access from the hotel.

They will also have wellness and beauty services available at Renova Spa. 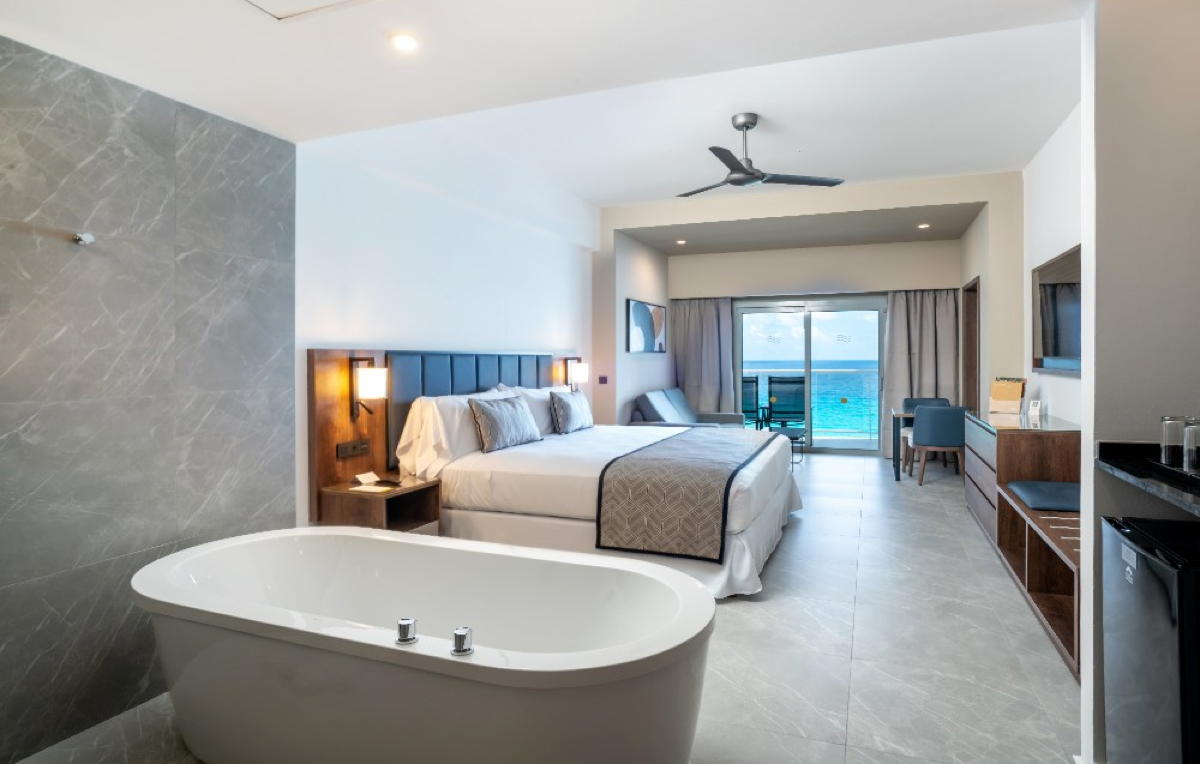 The new Riu Palace Kukulkan boasts a prime location on the beach and across from the popular “La Isla” shopping centre. It is also well connected to the archaeological areas of the Yucatan as well as the city of Cancun and airport (CUN).

One of the new hotel’s special features is that interested guests will be able to book Elite Club by RIU rooms.

Guests selecting this exclusive service will have access to separate and personalized check-in  and late check-out, a welcome gift, aromatherapy and a premium beverage dispenser, among many other perks. 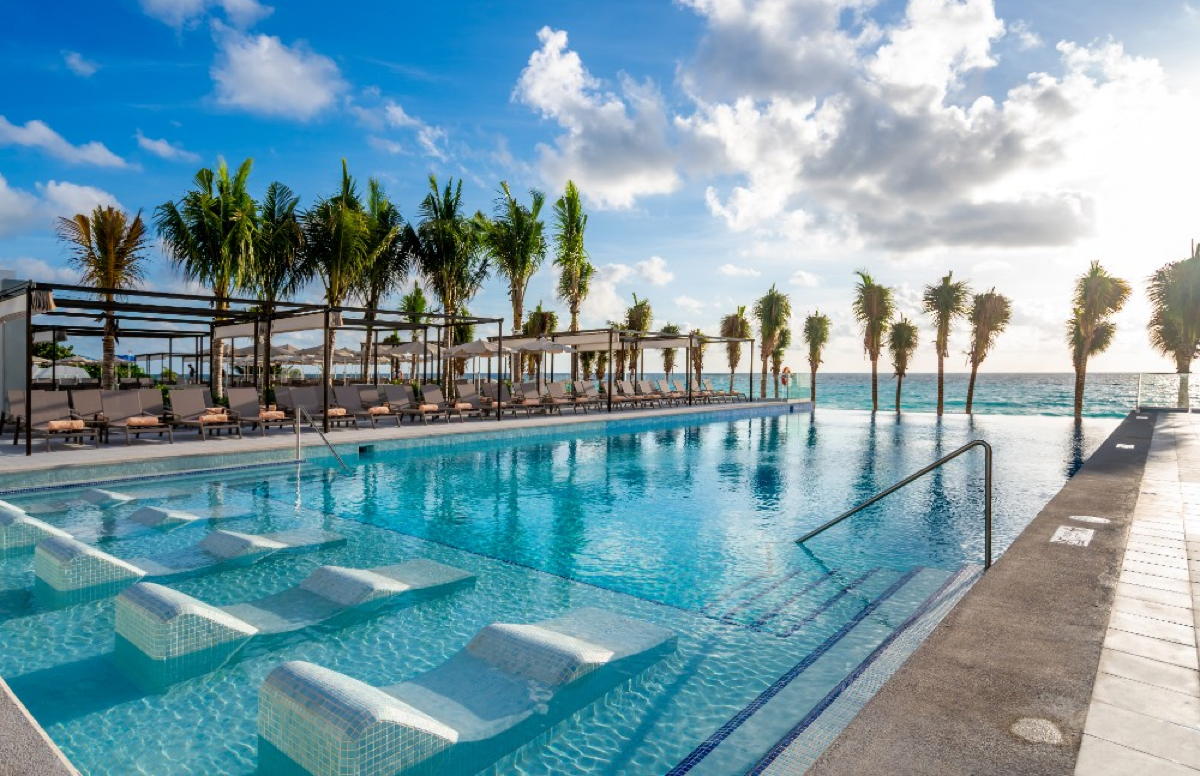 Guests who choose the new Elite Club option will also receive a special welcome with a letter from the hotel manager, a gift with the Elite Club logo and a bottle of wine or cava to celebrate the start of their holiday.

It appears the hotel is not sold in Canada on travel agent booking systems at this time. PAX is following up with RIU to clarify.