Club Med has unveiled new initiatives that will continue to accelerate its ongoing sustainability efforts designed to address the social and environmental challenges facing the global tourism industry.

Club Med will soon see the following eco-conscious initiatives at its resorts across North America, the Caribbean and Mexico:

Partnership with Beyond Meat: Beginning this month at the eco-chic Club Med Michès Playa Esmeralda, the first and only resort in the region of Miches, Dominican Republic, Beyond Meat will supply its plant-based protein products to the resort. This will be implemented throughout all of Club Med’s North American resorts, including those in Canada, Florida, the Caribbean and Mexico by the end of 2022. A 2018 peer-reviewed Life Cycle Analysis conducted by the University of Michigan found that producing a Beyond Burger uses 99 per cent less water, 93 per cent less land, nearly 50 per cent less energy and generates 90 per cent fewer greenhouse gas emissions than producing a quarter pound U.S. beef burger.

Organic composting with Grogenics and The Ocean Foundation: Grogenics and The Ocean Foundation, both with missions to conserve the diversity and abundance of marine life, are partnering with Club Med to address a myriad of concerns for coastal communities in the Caribbean – like sargassum. This year, they will pilot the first project of its kind in the Dominican Republic by harvesting sargassum from the beach of Club Med Michés Playa Esmeralda and reusing it for on-site composting and regenerative gardening. This organic compost, which utilizes carbon sequestration, will eventually be made available to local farms in the region.

Bye-Bye Plastics: Following the company-wide commitment to reduce and eventually eliminate all single-use plastic products, all plastic water bottles in Club Med Cancún will gradually be replaced through 2022 with glass water bottles.

In 1978, the Club Med Foundation, one of the first corporate foundations to be created by a company, was developed to contribute to biodiversity preservation as well as improve the lives of children by supporting local schools, orphanages and leisure programs for vulnerable youth.

In 2019, Club Med launched its “Happy to Care” program, which features a range of commitments dedicated to responsible tourism and addresses an array of issues like eco-certifications, elimination of single-use plastics, energy management, food waste, animal welfare, cultural preservation and local development. Initiatives enacted upon under this program include:

Club Med is a founding member of PROMICHES, the hotel and tourism association of Miches El Seibo dedicated to the region’s sustainable development. 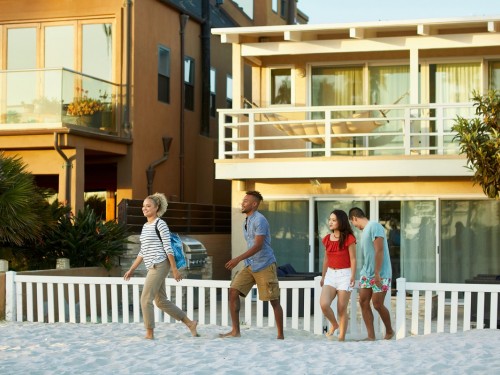