Norwegian Cruise Line (NCL) took delivery of the first of six Prima-class ships, Norwegian Prima, on July 29, as the vessel will be setting sail in just over a month from now on Aug. 27.

During her inaugural season, Norwegian Prima will sail from Reykjavik, Iceland (she will be the first major cruise ship christened there) to Amsterdam, The Netherlands; then to Copenhagen, Denmark, and Southampton, England, before heading to the United States, arriving in New York City on Oct. 5.

Global pop superstar Katy Perry has been named godmother Norwegian Prima and the singer is set to perform at the christening ceremony in Iceland.

Prima’s delivery, which was marked by a ceremony at the shipyard in Marghera, Italy, was slightly delayed due to supply chain issues. 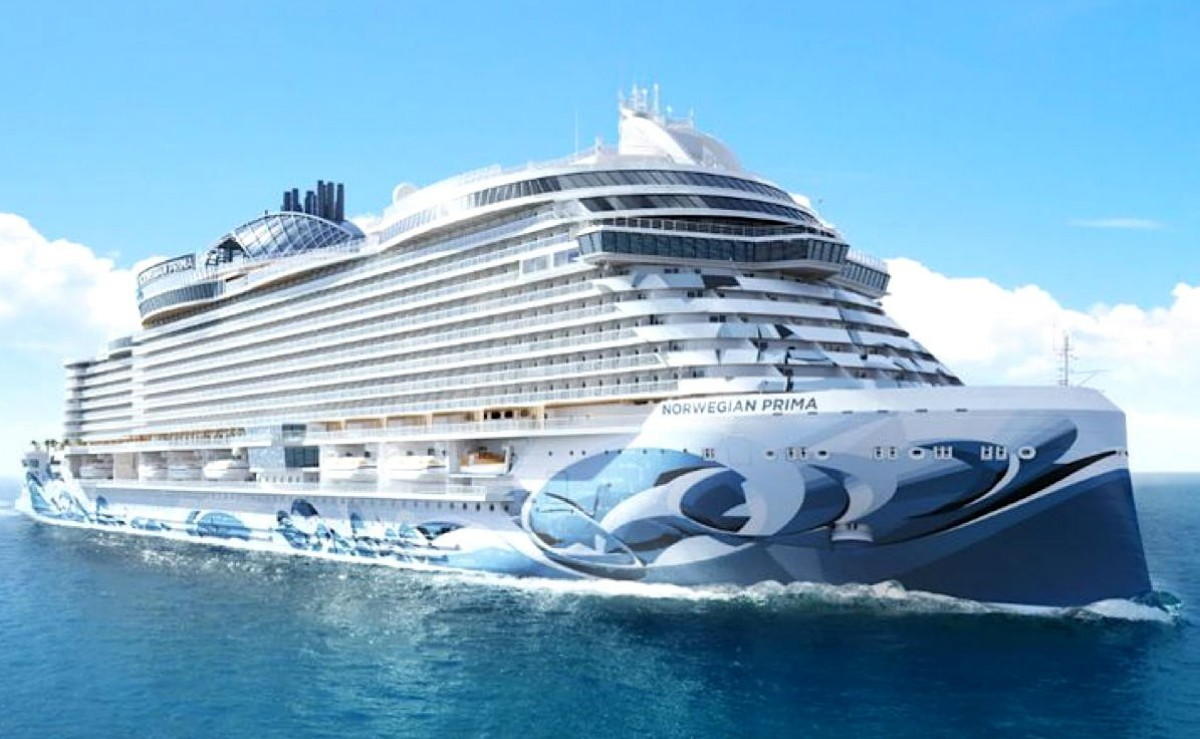 in April, NCL announced the original inaugural voyage had to be cancelled and pushed back later in the summer.

At 965 feet long with double-occupancy capacity for 3,215 passengers, Prima belongs to a fleet of slightly smaller vessels compared to NCL’s Breakaway Plus ships, like Norwegian Escape.

“Today we usher in a thrilling new era in cruising as we celebrate the delivery of Norwegian Prima, the long-anticipated first ship in our extraordinary new Prima Class. She is a true testament to our Guest First philosophy as well as our commitment to deliver unforgettable experiences that exceed expectations,” Mr. Sommer said in a press statement.

“We thank our wonderful partners at Fincantieri, whose coveted craftsmanship, expertise, and dedication, helped bring Norwegian Prima to life. We cannot wait to welcome our guests on board.”