On Location: Unlocking Silver Endeavour in Antarctica – where penguins have right of way

So, you’ve been almost everywhere, been to almost 75 countries, knocked off all the major capitals, done the requisite safari in Africa and done the Orient Express. What now?

OK, maybe I am projecting. But it was true: I was having a “travel rut.” A minor problem, as far as problems go, but a persisting muddle, nonetheless.

Invited by Silversea Cruises to board their maiden ship to the “Bottom of the World” towards the end of last November, my rut was finally nixed. Put it this way: it cleared my pores, made my heart sing, and rocketed my serotonin.

Flying first to the capital of Chile, Santiago (where we spent a night at the Mandarin-Oriental, and I spent a day strolling around this very spiffy metropolis, with its glass pyramids, entirely encased by a ring of mountains), we then boarded an easy-peasy charter flight taking us to the Cape Horn Sub-Antarctic Center, located in Puerto Williams, at the very bottom lip of South America.

Cue the official blessing ceremony of the ship, dubbed the Silver Endeavour.

Add to that, the requisite popping of the bagpipes, the singing of the Chilean anthem, the bon voyages all around. 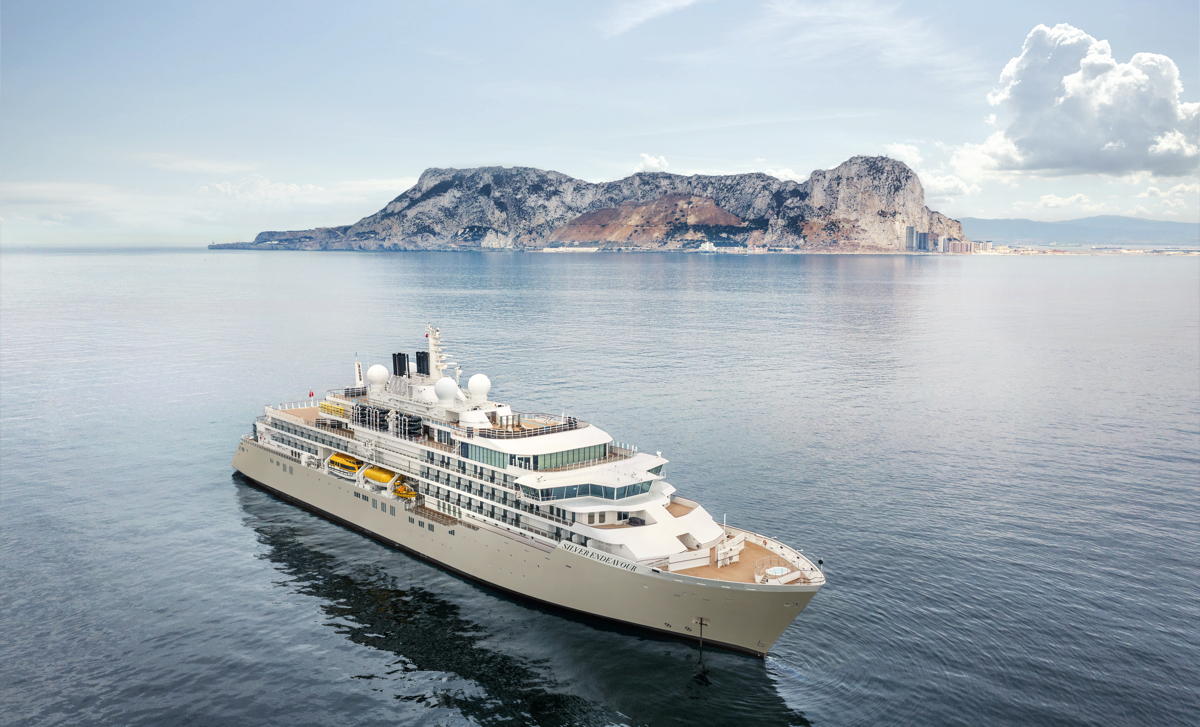 So far, so fabulous. Our home for the next five nights, in this particular case (it was what Silversea calls one of its expedition ships) was as creamy as one might expect from this storied liner (both metaphorically and colour-palette-wise).

Except that the service was possibly even more turbocharged (with a max of 200 people on board, the passenger-to-staff ratio is 1:1 on the Endeavour). 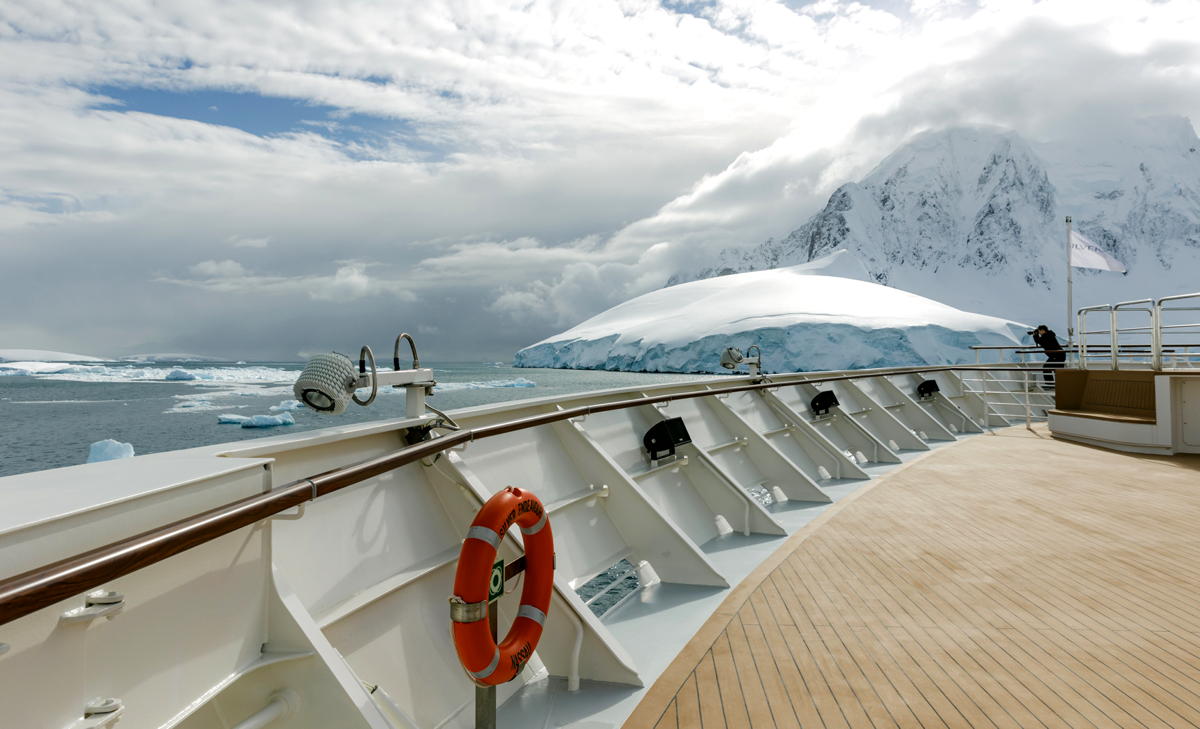 Built to PC6 polar class specifications, to be exact, it was a gentle voyage – a mesmerizing glide.

But what really exceeded my expectations was the experience of waking up one day, and opening the curtains to find...what?...house-size glaciers floating nonchalantly by, as I peered from my private balcony (all the suites come with those, of course).

It was just the beginning of what I later described to friends as a “visual bath.” One of the only ways I can adequately sum up Antarctica. Like stepping into an Ansel Adams photograph. Then there is the silence – an astonishingly sublime silence.

Honestly, though, it is hard to actually explain the sheer scale and scope of it all, in that it is the most uninhabited patch of earth, and is one that has no passport control (because no one country lays claim to it).

Bonds begin to crystalize in a very particular way on an expedition ship like this (more than even most ordinary cruises, which can swiftly begin to feel like villages on water).

Here, you quickly get used to some of the rhythms of the ship, like for example the evening meeting of all passengers in the bar to discuss the quirks of the agenda the next day, and, in particular, look at monster-screen projects of weather patterns, the reds and oranges on a map predicting headwinds, while other colours offering the promise of steadier sail. 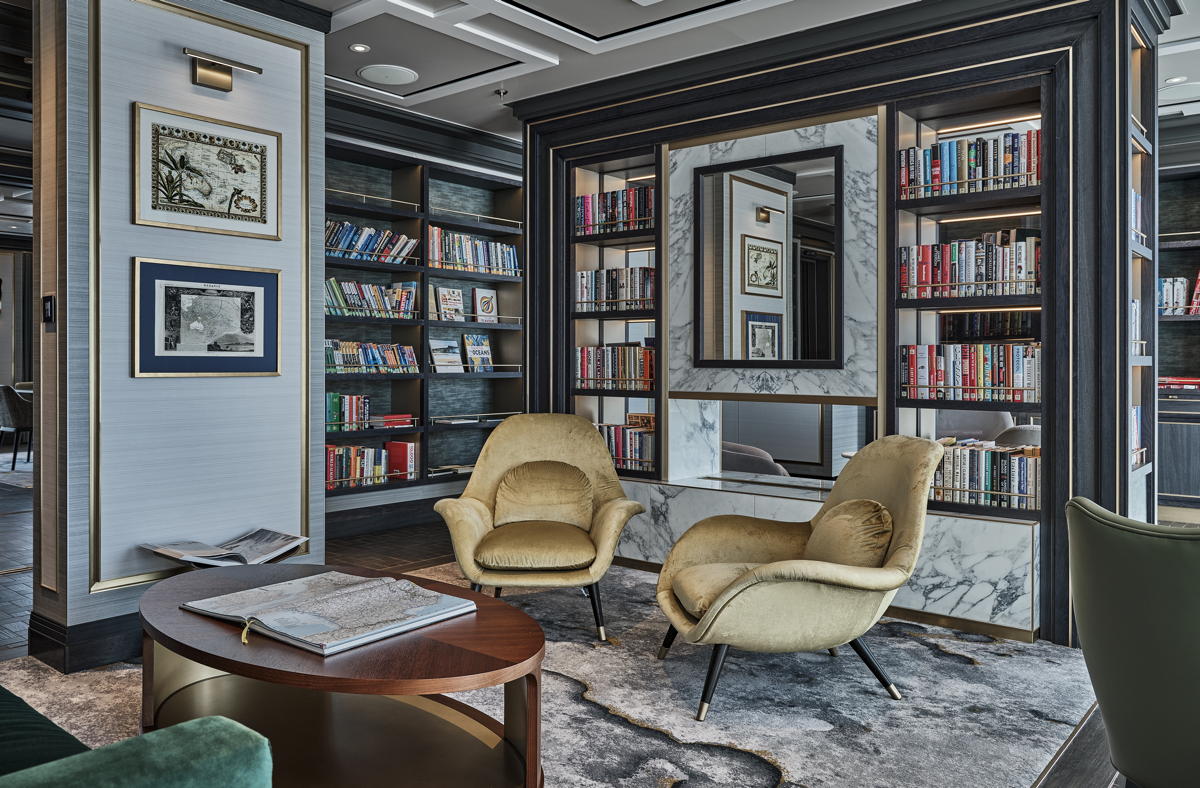 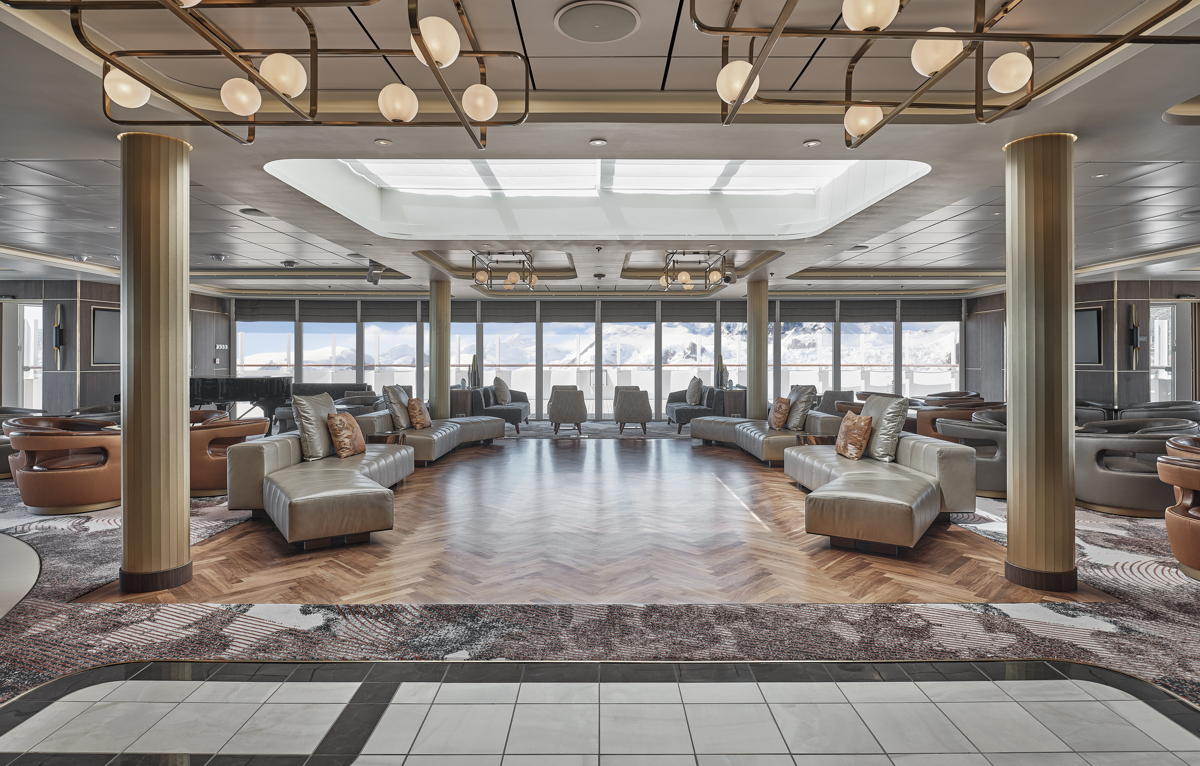 The ship is designed to nimbly shift when needed, and move with the weather – and so were we. The voyage, you see, is constantly being edited in real time, here in a place where there can be, like, four different weather patterns in a day. At one point, it was actually warmer and sunnier in Antarctica than it was in New York City and Toronto! I checked!

But this is the thing, all things considered: the trip struck me almost as a keen metaphor for maneuvering through life. You kinda have to just go with The Flow. Literally. 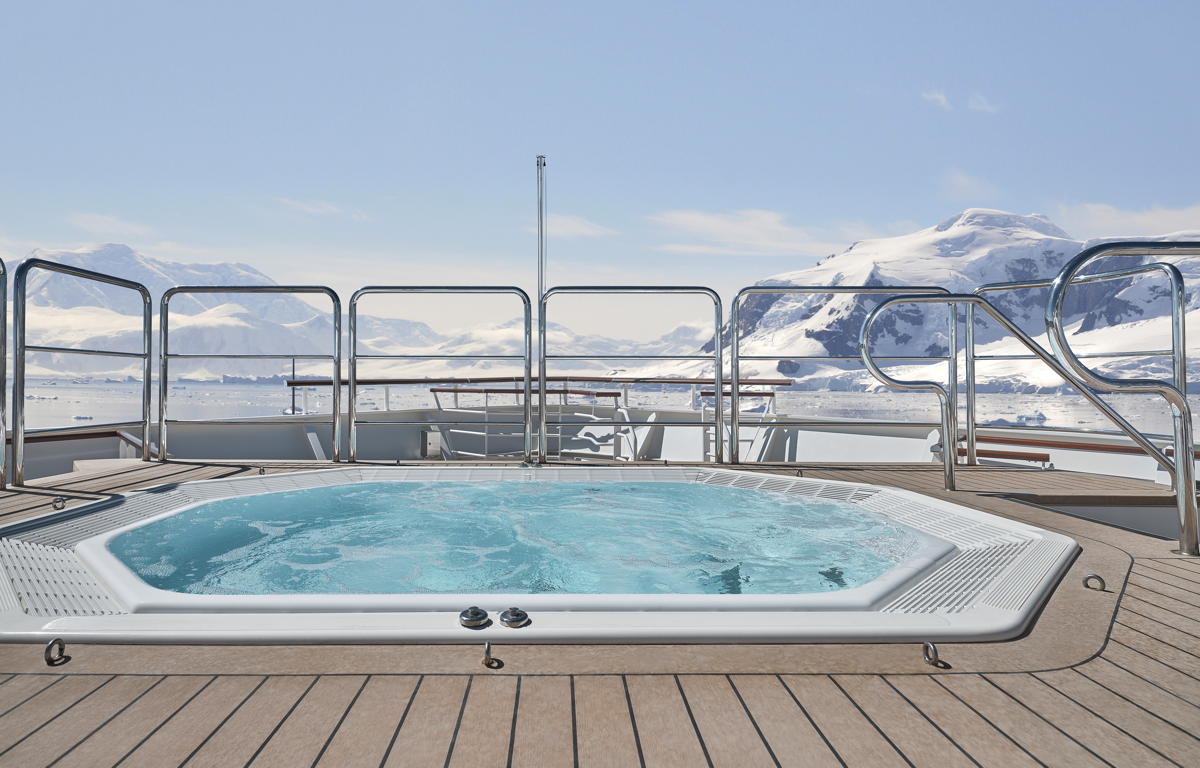 It is also a place where penguins have “right of way,” as your guides will tell you – oh, and did we see scores of penguins! – should you decide to set foot on some of the remote dots on the way (like the far-and-away Robert Island).

If you prefer, there is always the chance to just enjoy some caviar, from one of the four distinct restaurants on the ship, while watching those aforementioned glaciers float by.

Or, well, you can also simply just go to the spa and sit in a sauna with some of the most amazing sauna views ever – sitting happily in your towel, while watching the towering white peaks in the distance and/or the occasional whale acrobat from the water. Guilty as charged. 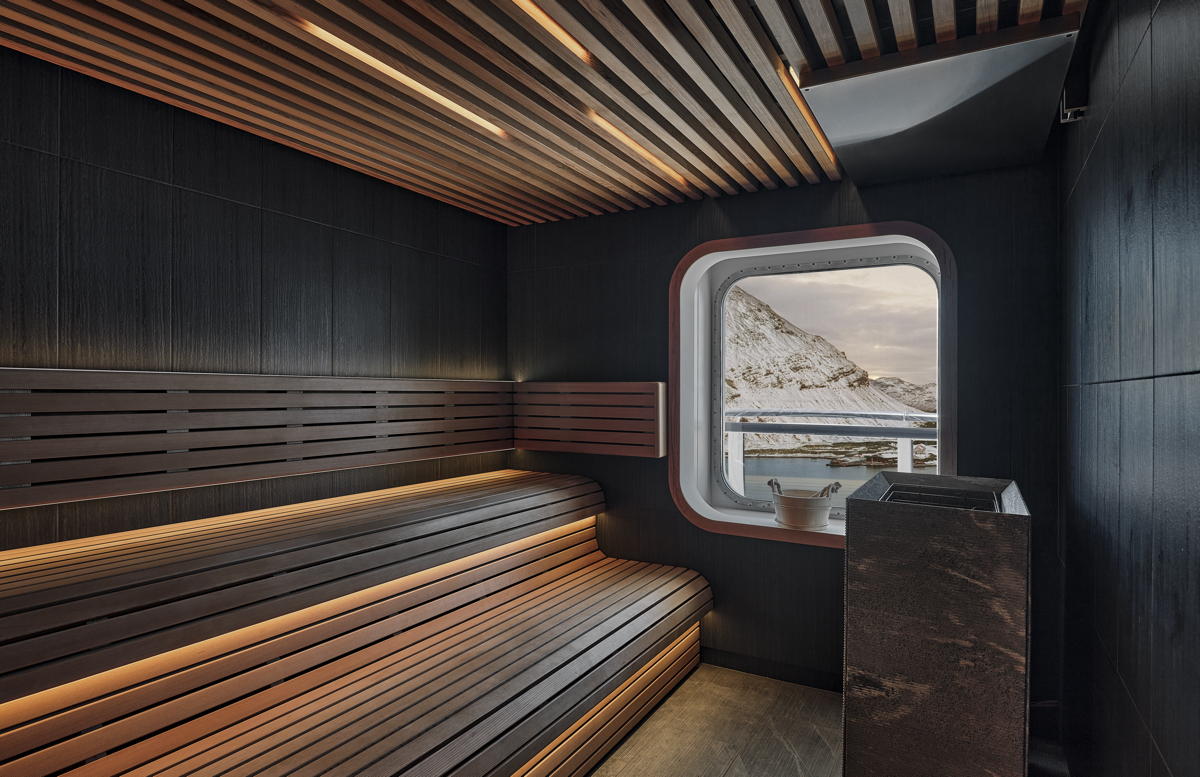 Dance of the zodiacs

The highlight of the trip? One that will forever memory-locked in my brain?

The morning we landed at the Lemaire Channel – one of the most 360 stunning backdrops in the world – and we were requested to bundle up in our bright red parkas and other snow gear (Silversea provides the brand-new parkas, the boots, etc…, so you do not have to worry about packing all that!). 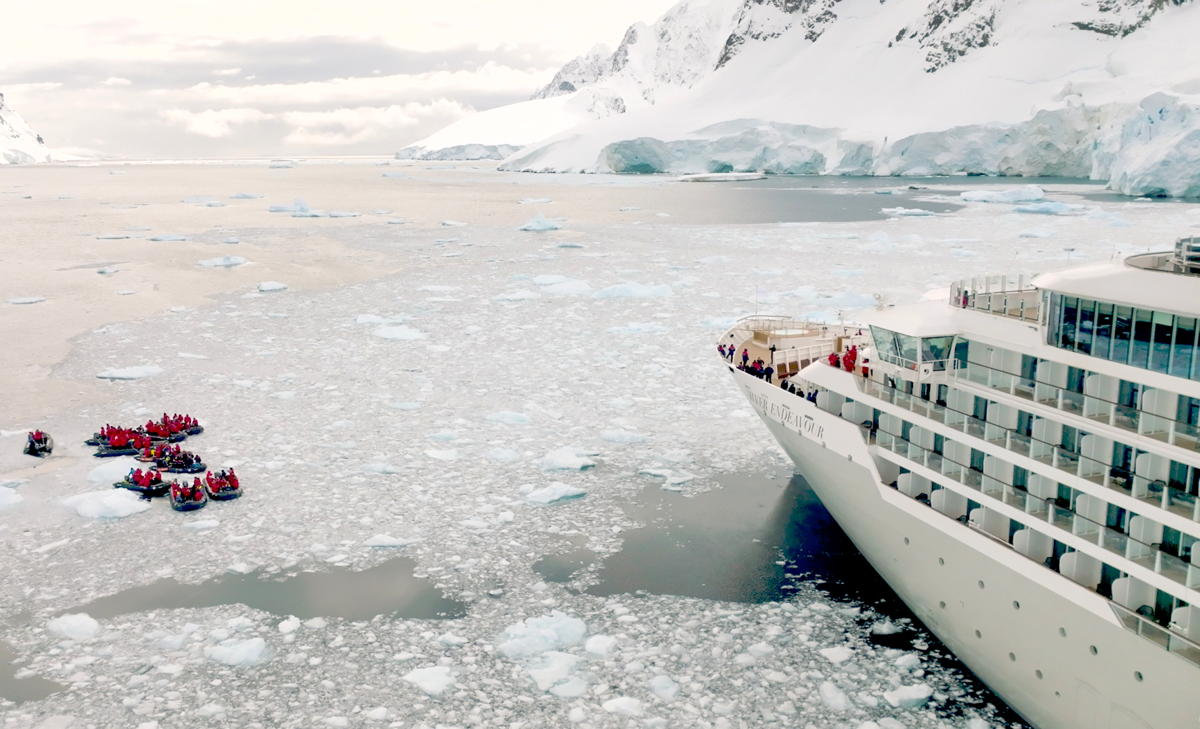 Going down to deck, and then trickling out – group by group – in our Zodiac dinghies, we began a “regatta” of sorts, moving through the vast expanse of the this white-and-aqua-blue abyss.

A reason, indeed, for this dance of the zodiacs! With all 13 of our vessels arranged just so, and a champagne dinghy arranged to bring flutes to every one of us, we looked upwards at the glorious Endeavour to watch it being properly christened. 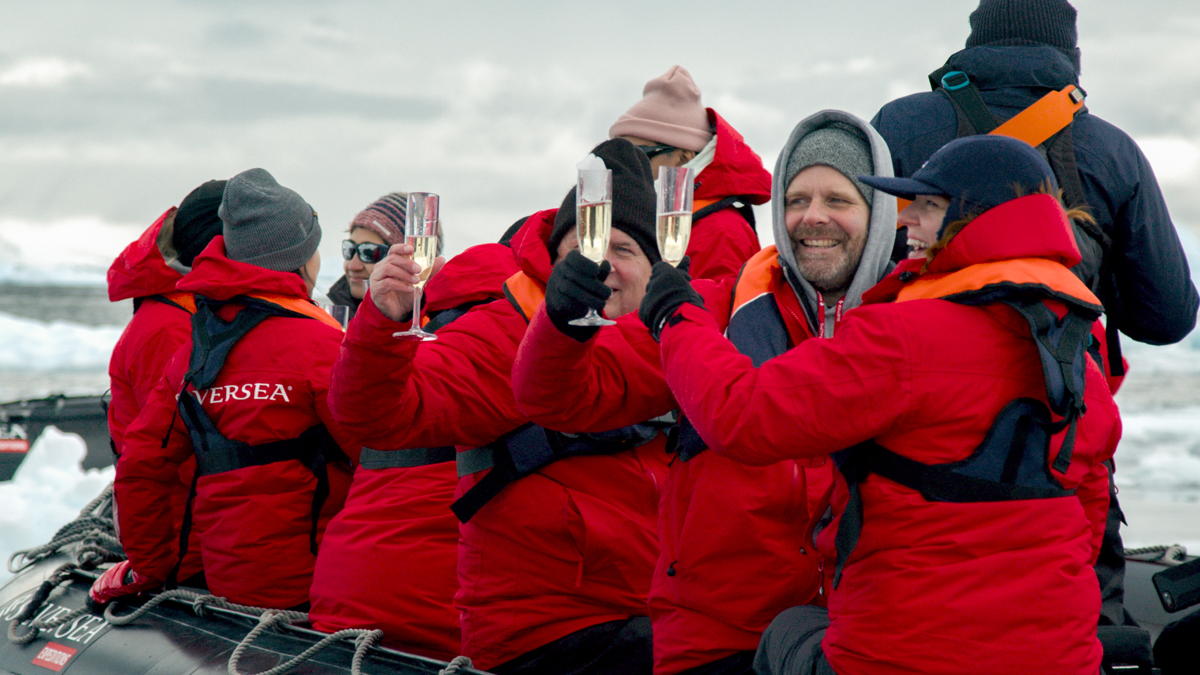 The honours? It came courtesy of the ship godmother, Felicity Aston, the first woman to solo ski across the Antarctica.

Smiles ablaze, awed by the tableau, we cheered from our end.

A whole new meaning, for sure, to having drinks “on ice.”