On Location: PAX unpacks the best of Holland & Belgium with agents & AmaWaterways

The city of Bruges in northwest Belgium is known for its dreamy canals, chocolate shops and stepped gable brick buildings that could pass as colourful gingerbread houses.

But underneath the cobblestone lanes of this storybook town, also known as Brugge, lies a secret weapon for achieving sustainability and high spirits: the world’s first beer pipeline.

De Halve Maan (Half Moon Brewery), a 500-year-old brewery in the heart of Bruges, debuted their three-kilometre creation in 2016 to solve a logistical issue of transporting beer from their brewery in the UNESCO-protected city centre to their bottling factory in the suburbs.

Previously, giant beer tankers had to thunder through the narrow lanes of Bruges to make deliveries, causing pollution and traffic jams. 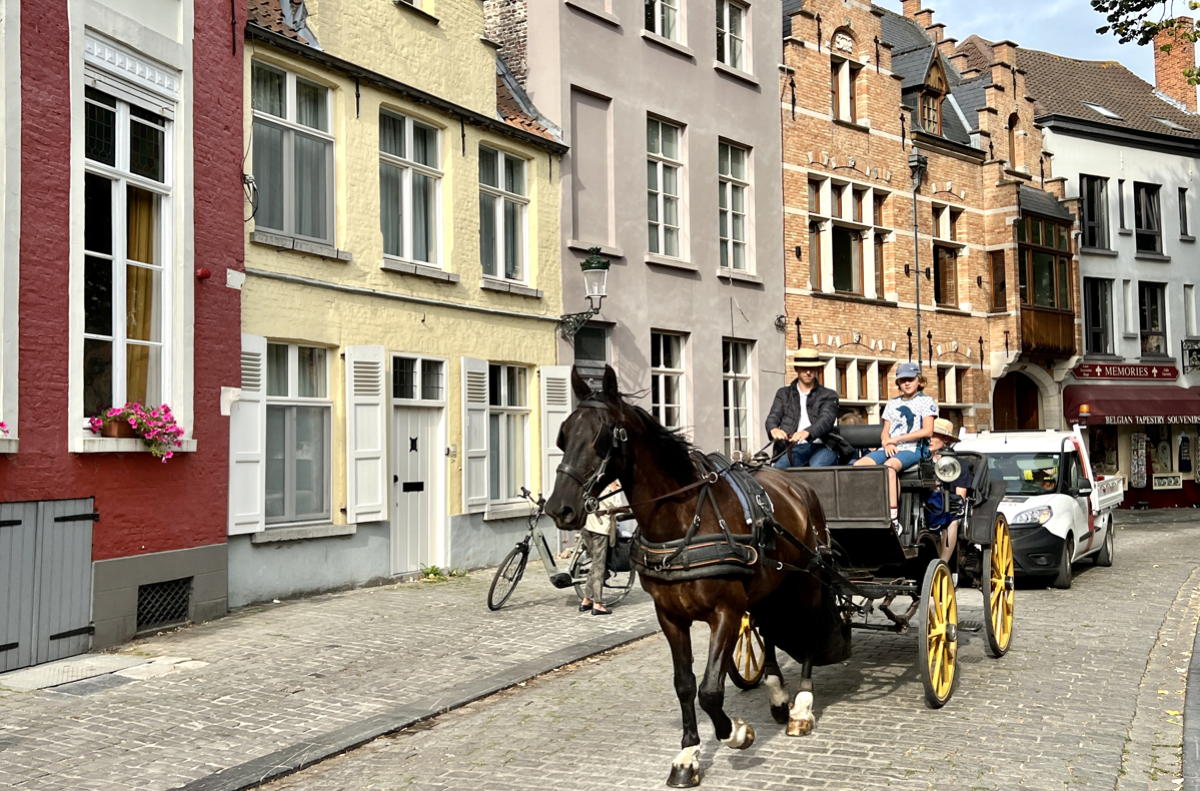 Building a beer pipeline, which runs as a low 34 meters below street level, freed up the streets, creating a sustainable solution that has ultimately allowed Halve Maan to stay in the town’s centre.

Much to the delight of beer lovers, it’s said the pipeline pumps almost 4,000 litres of booze an hour beneath Bruges’ medieval buildings and winding canals. 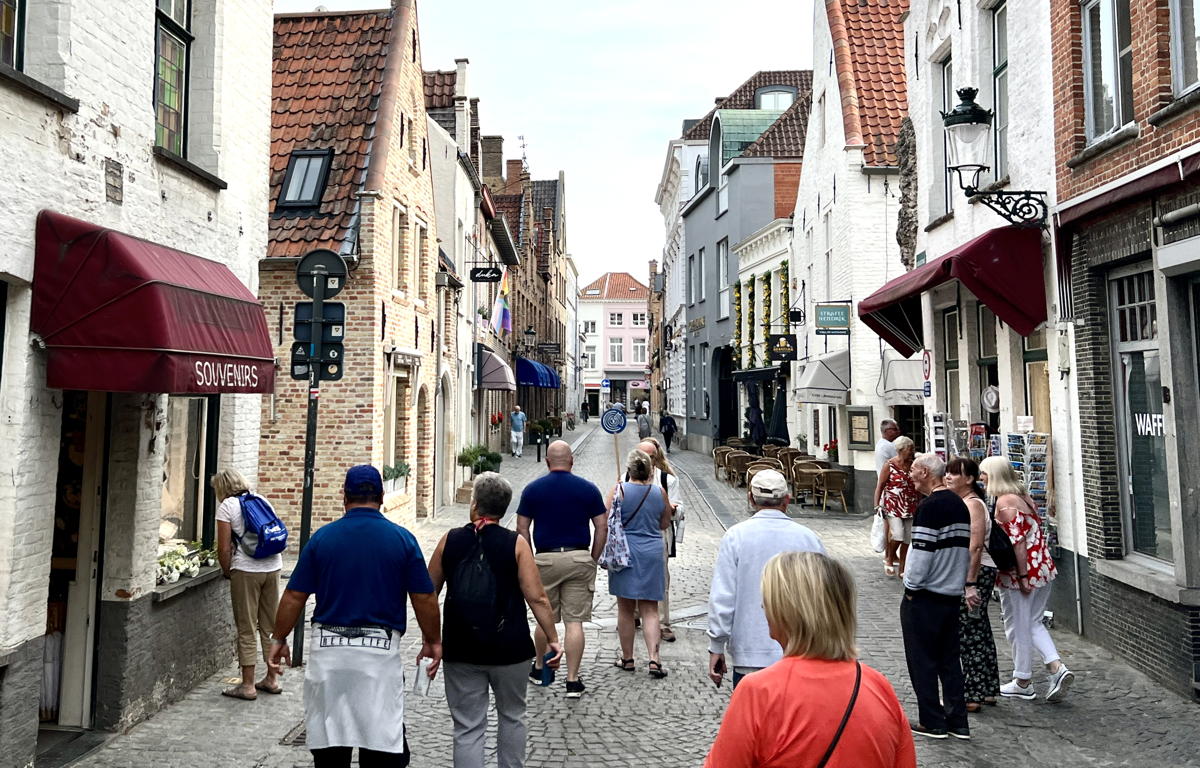 Expect nothing less from AmaWaterways – a river cruise company that offers travellers not only the high-end experience of a luxury boutique hotel (one that floats, of course), but also access to some of the world’s most fascinating destinations.

The company’s enriching shore excursions – city and village tours for all abilities that can be enjoyed either by foot or bicycle – are included in the cruise price, an all-in approach that, according to Sandra Gardiner, director of national accounts in Canada at AmaWaterways, is what sets the brand apart from others. 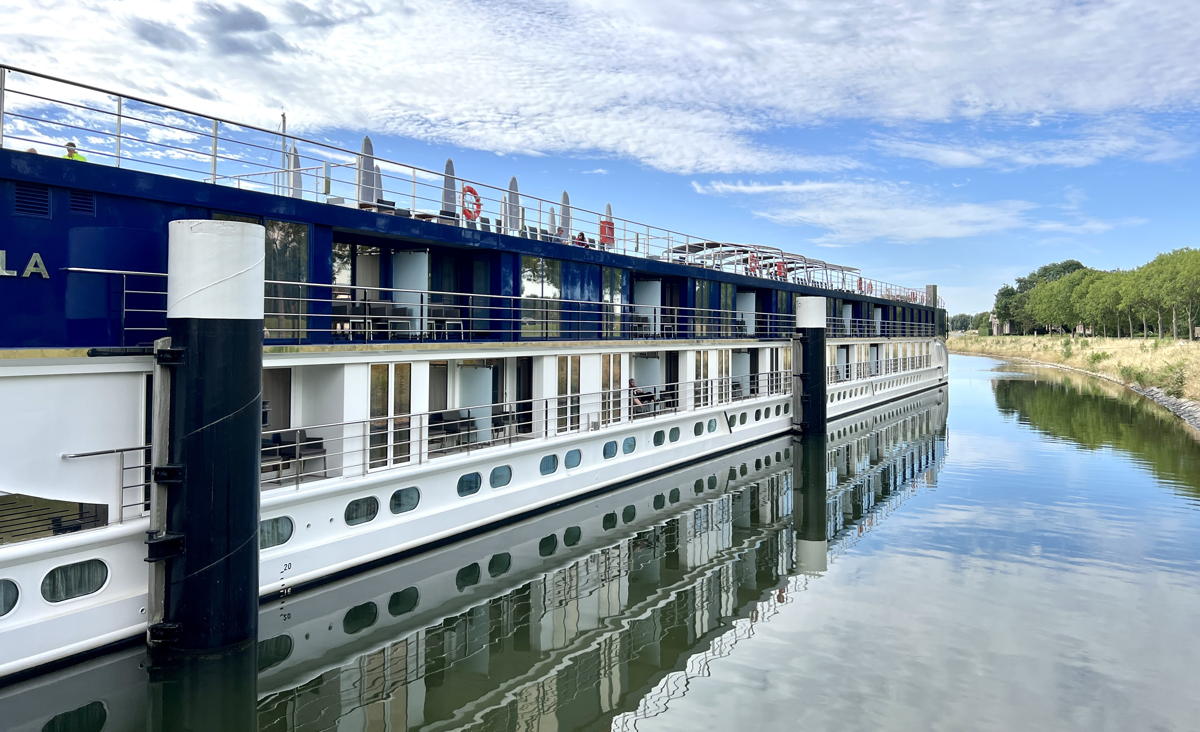 From bike rides around medieval castles to chocolate making workshops: “We try to find experiences that are unique and exclusive,” Gardiner told PAX, which is reporting on “The Best of Holland and Belgium” this week with a group of Canadian and U.S.-based travel advisors on board the AmaStella, one of 26 ships operated by AmaWaterways. 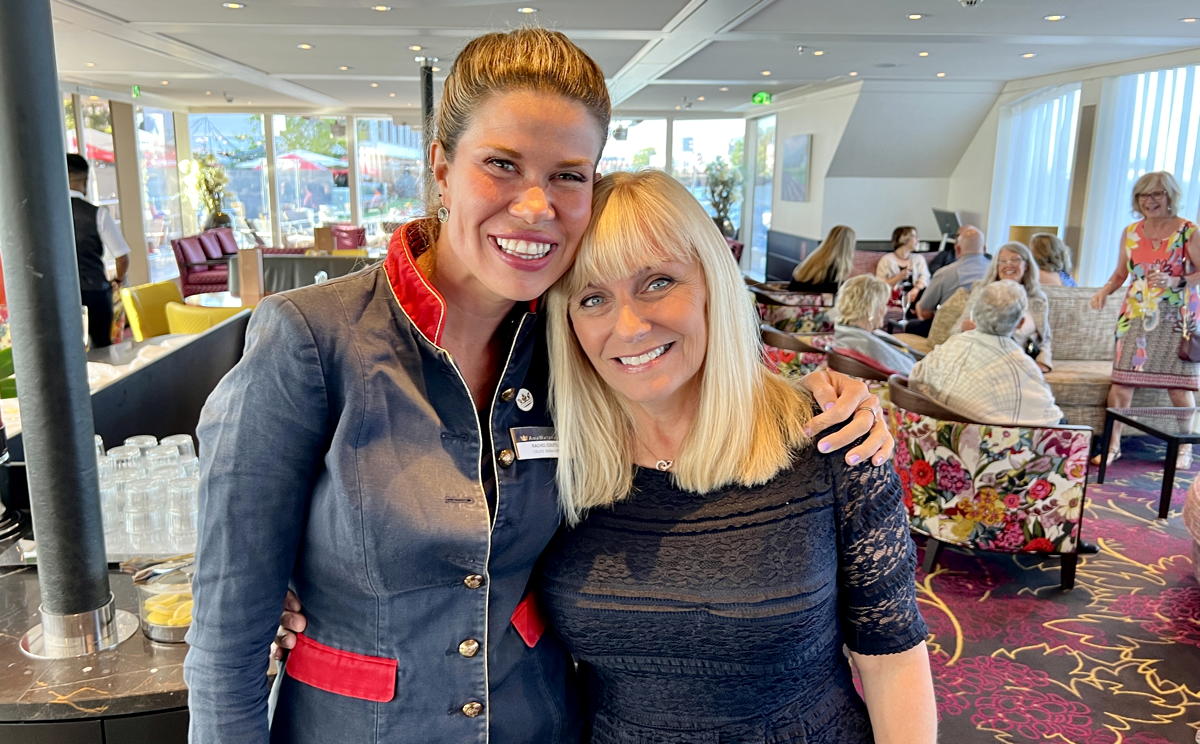 The Best of Holland & Belgium

The luxurious river cruise, which PAX is covering exclusively, started on Saturday (Aug. 27) in canal and bicycle-laden Amsterdam, which set the bar high as far local activities were concerned.

Agents had an opportunity to visit Floriade, a horticultural expo that’s held once every ten years, and Kasteel de Haar, the largest castle in the Netherlands. 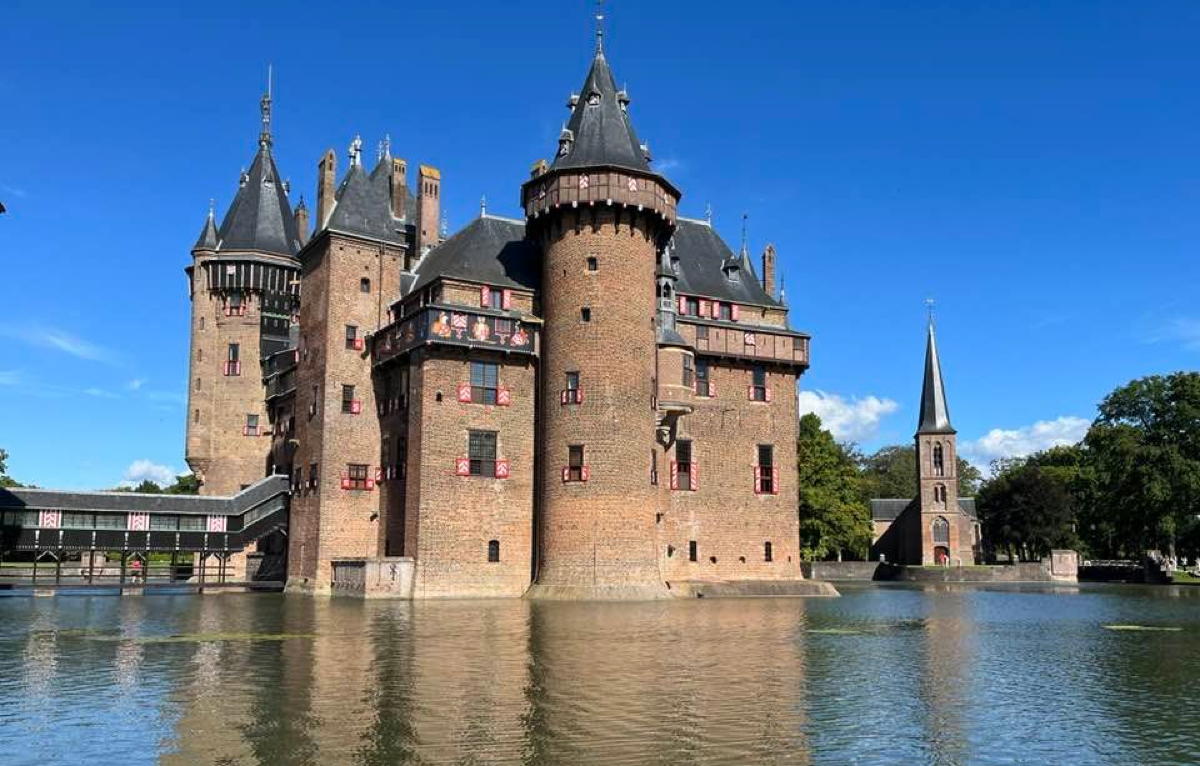 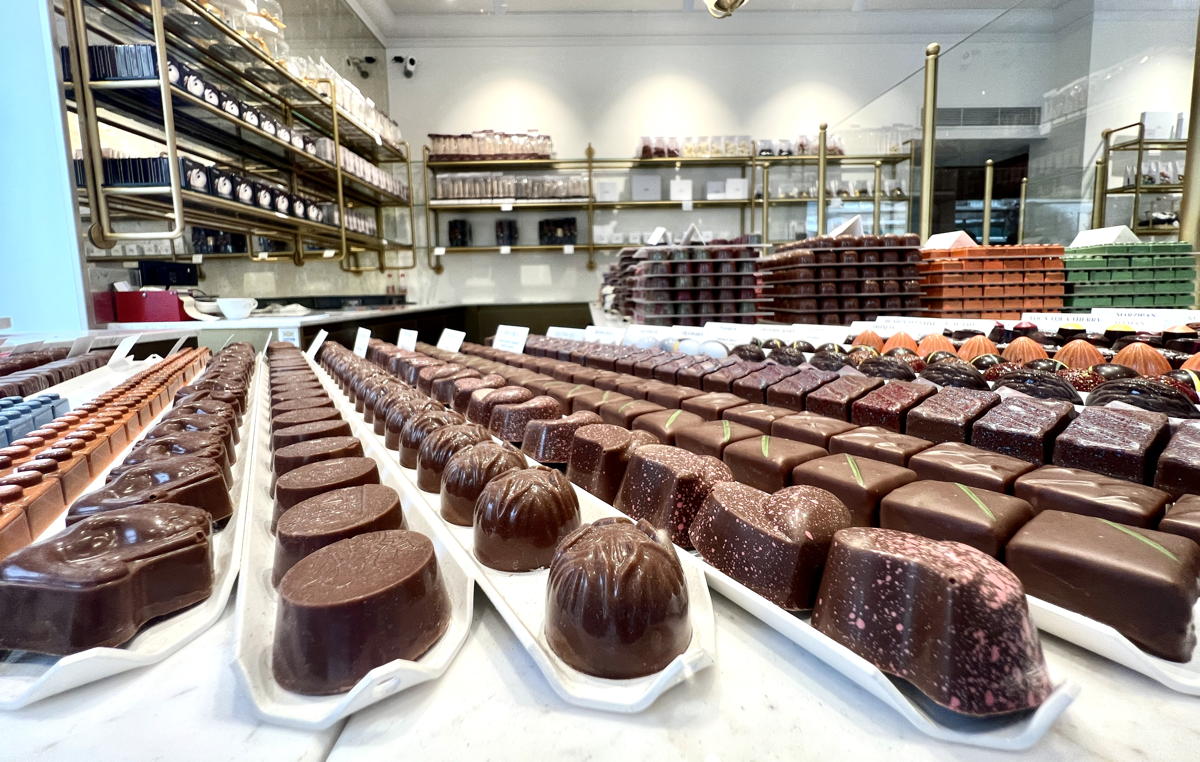 The spacious and upscale AmaStella, which debuted in 2016, has since sailed through a vast network of river and canal systems, stopping in charming harbour towns of the Netherlands, like Veere, and Belgian communities, such as Ghent, which led to one beer and chocolate-filled day in nearby Bruges.

The Best of Holland (the two provinces of North and South Holland) and Belgium is a new itinerary that was recently introduced to extend Ama’s “Tulip Time” cruise beyond spring and into summer and autumn because guests loved the program so much. 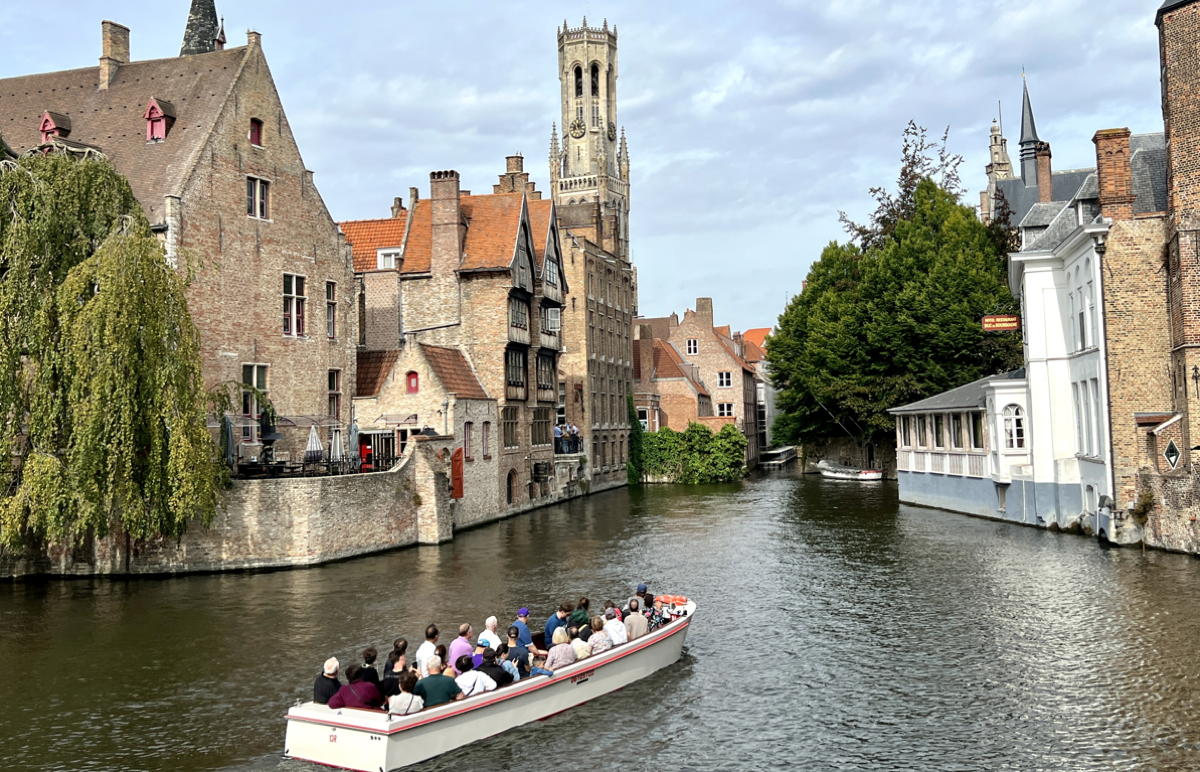 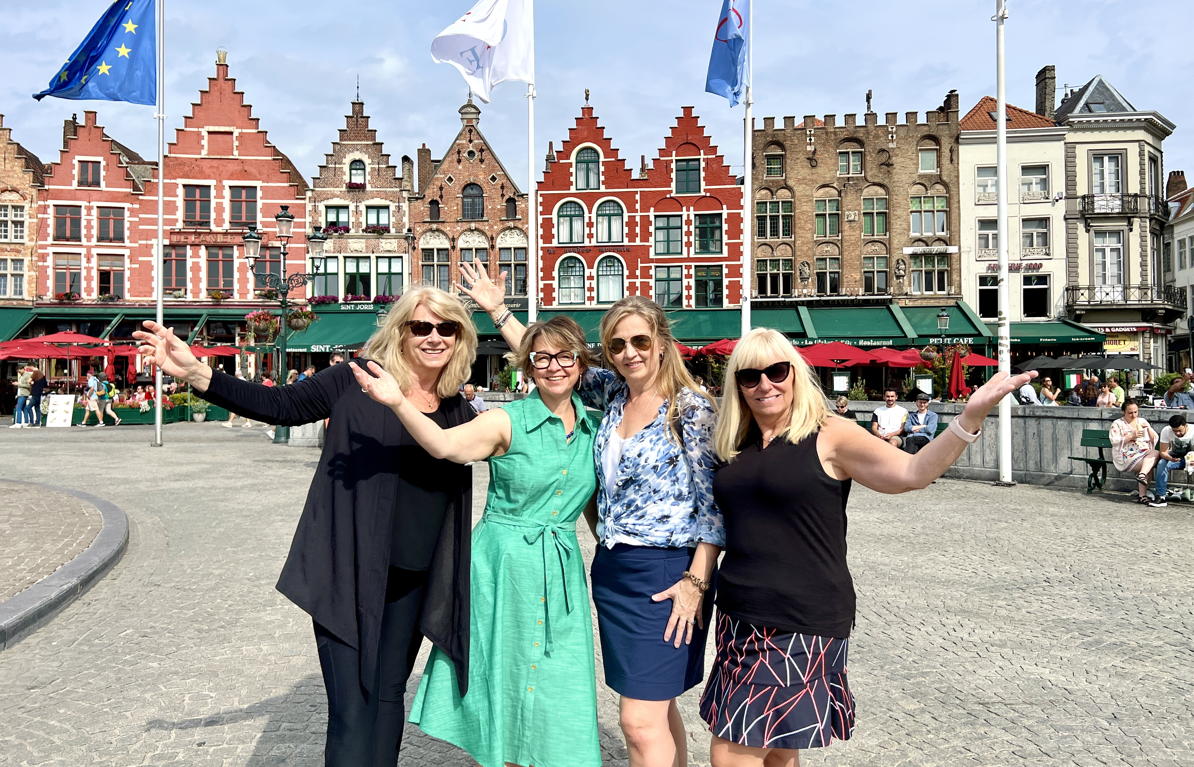 The sailing also stops in Brussels, Antwerp and Dordrecht/Kinderdijk, which opens doors to Dutch gems like Rotterdam and Delfshaven.

It’s an itinerary that appeals to Canadians in particular, Gardiner said.

“A lot of people from Canada have roots in the Netherlands, so to come back and experience those roots and relive them is pretty special,” she said. 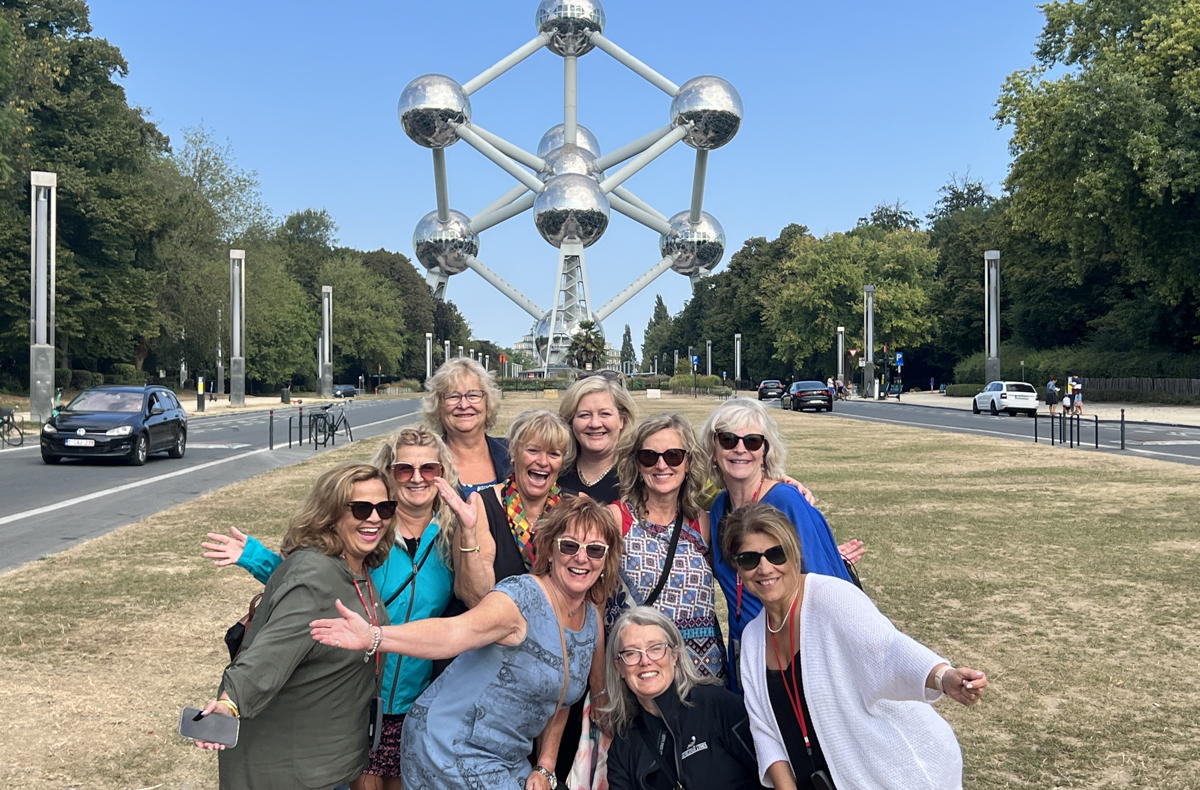 For travel advisors sailing this week, the cruise has been an opportunity to experience the “Ama difference,” such as the impeccable onboard service (the friendly crew and staff remember names and are always three steps ahead), high-end restaurant (each day, the menu features fresh items reflective of whatever region the ship is sailing through) and Chef’s Table experience. 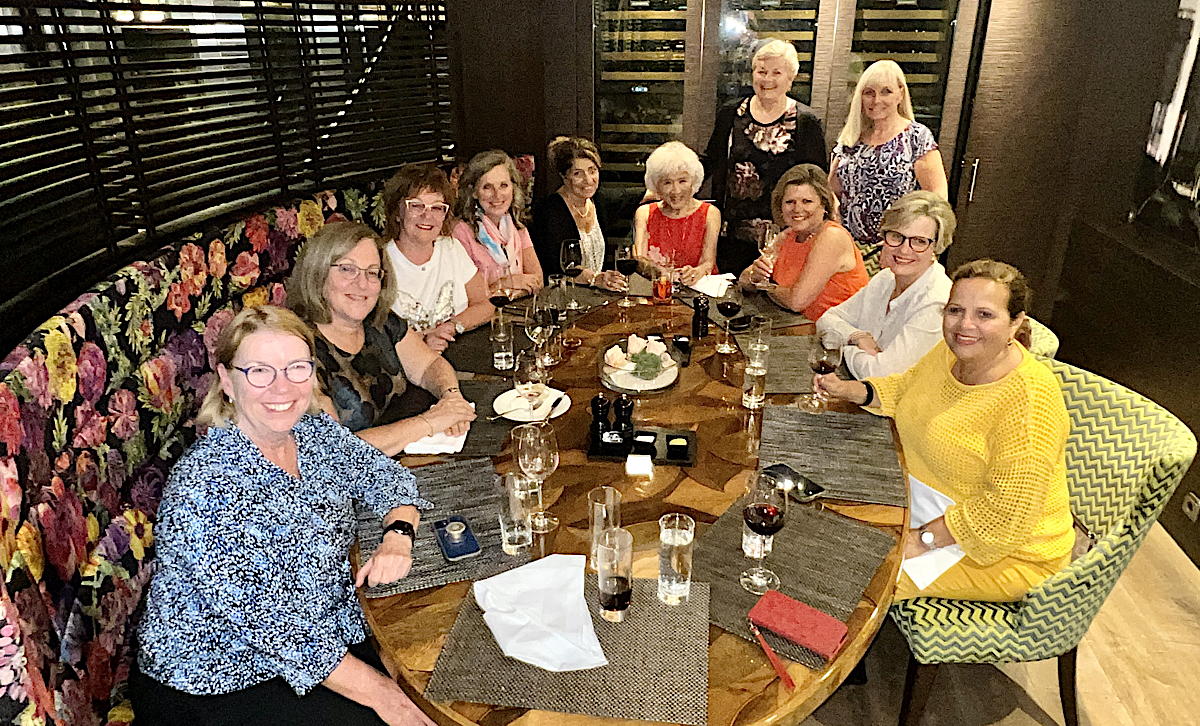 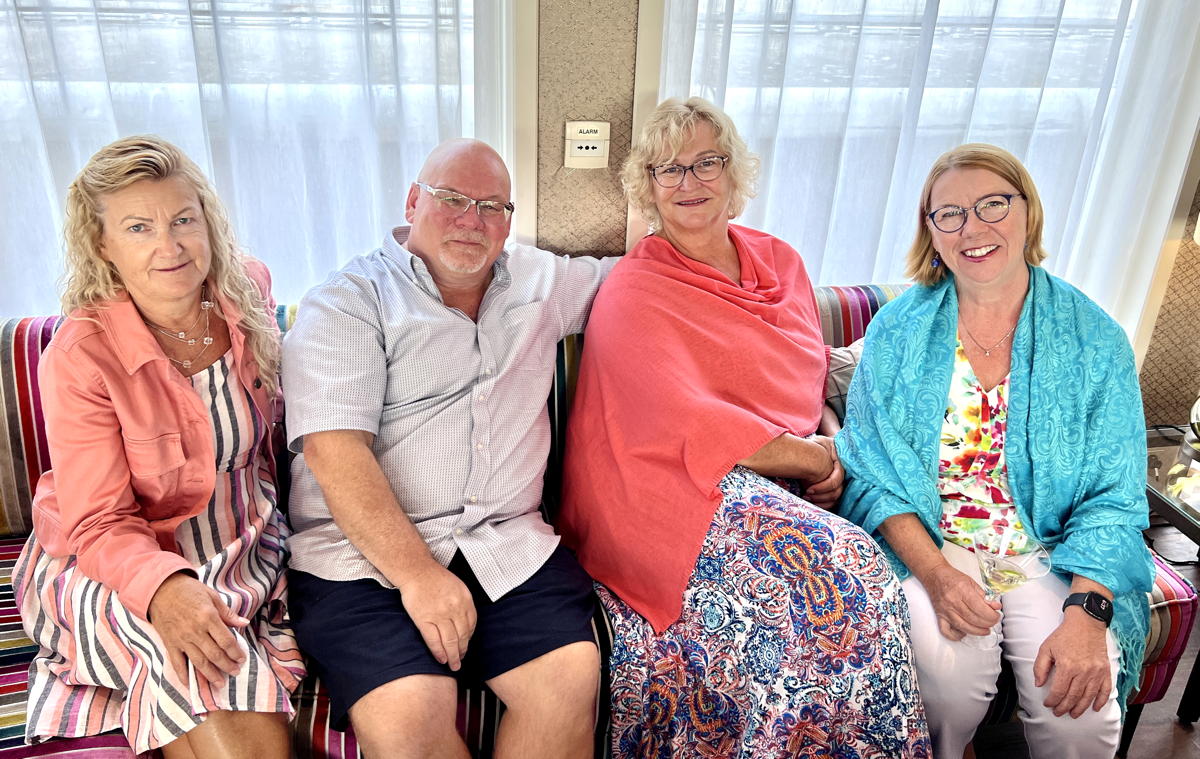 The AmaStella, with vibrant green apple and fuchsia-toned interiors, has 78 staterooms that range in size from 155-235 sq. ft. to luxurious suites that measure 350 sq. ft.

Some rooms offer triple occupancy to accommodate families and most have twin balconies, both French and outside balconies, so guests can watch the world go by.  There’s even a heated pool on the top sun deck. 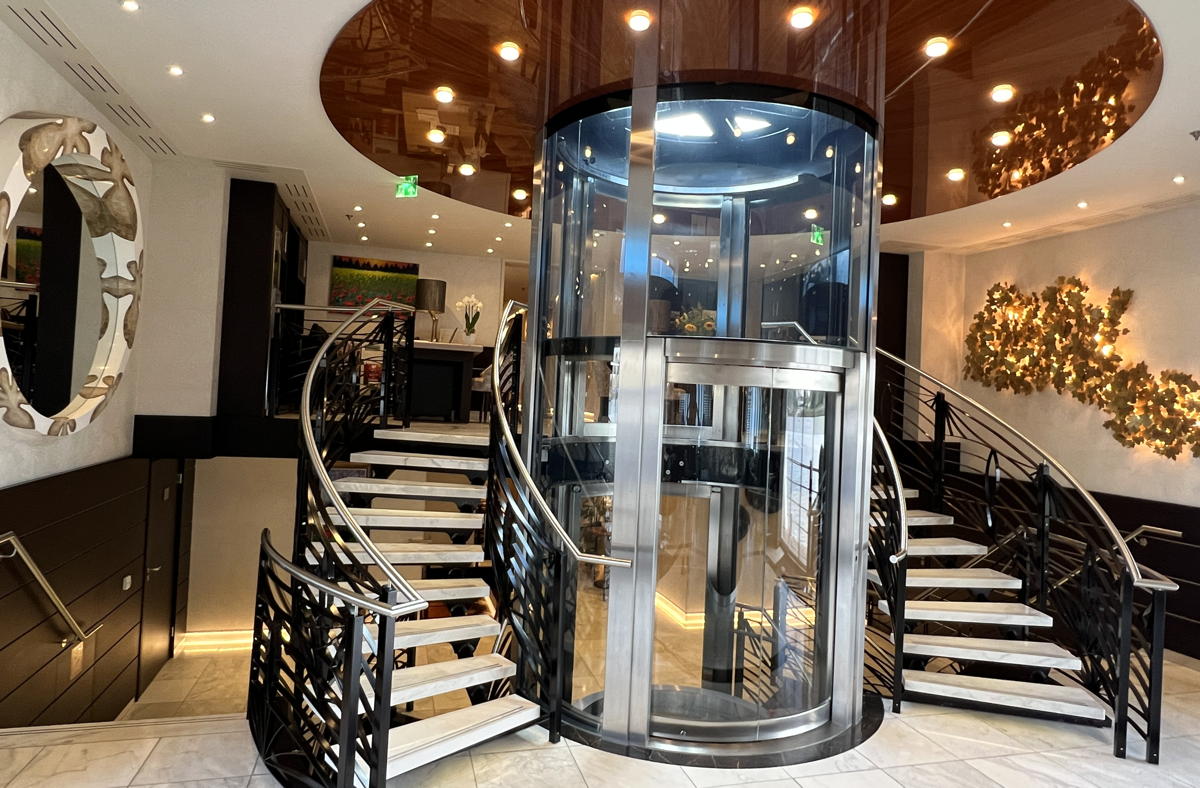 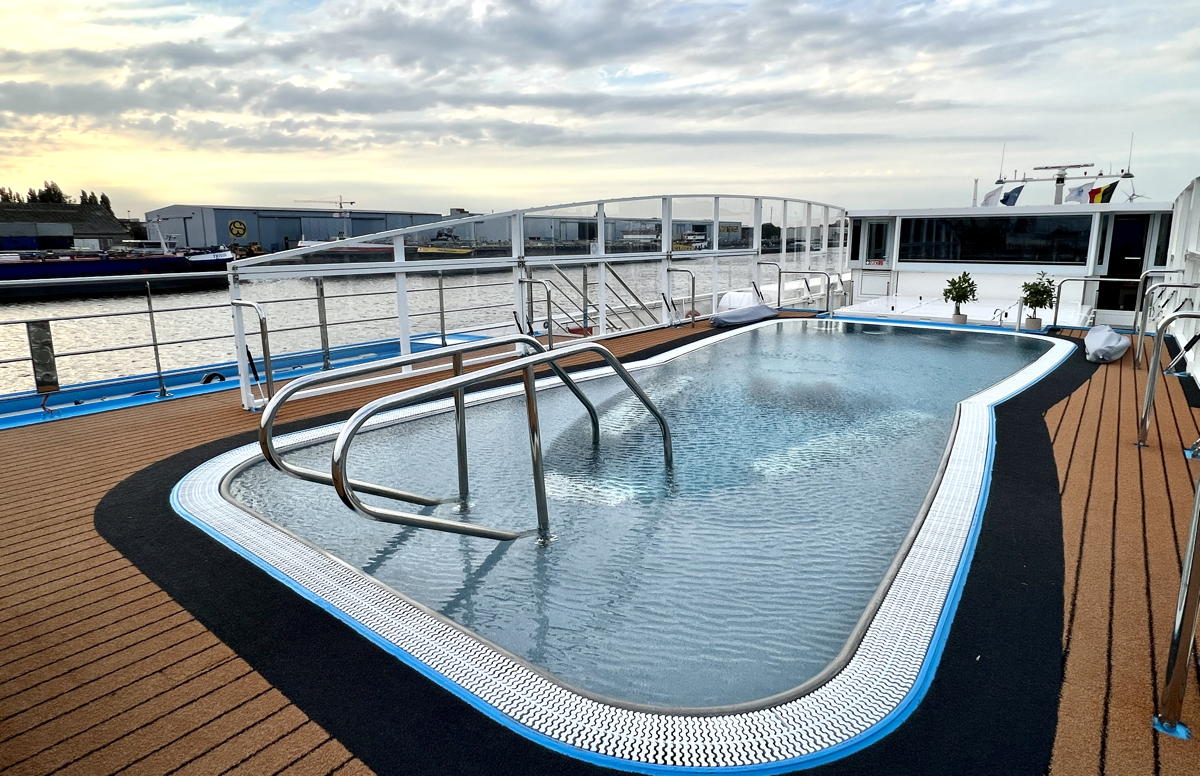 The vibe on board is upscale, but not uptight – Gardiner hosted a Grease-themed party one night, earlier this week, and many Pink Ladies were spotted busting a move on the dancefloor.

There’s also a noticeable commitment to transparency on board.

When things don’t go according to plan, like when there’s a traffic jam of ships trying to get through a lock, and a sail time is delayed (as we experience earlier this week), the Ama team – cruise and hotel manager, crew, captain and all – goes to great lengths to keep passengers in the loop with updates. 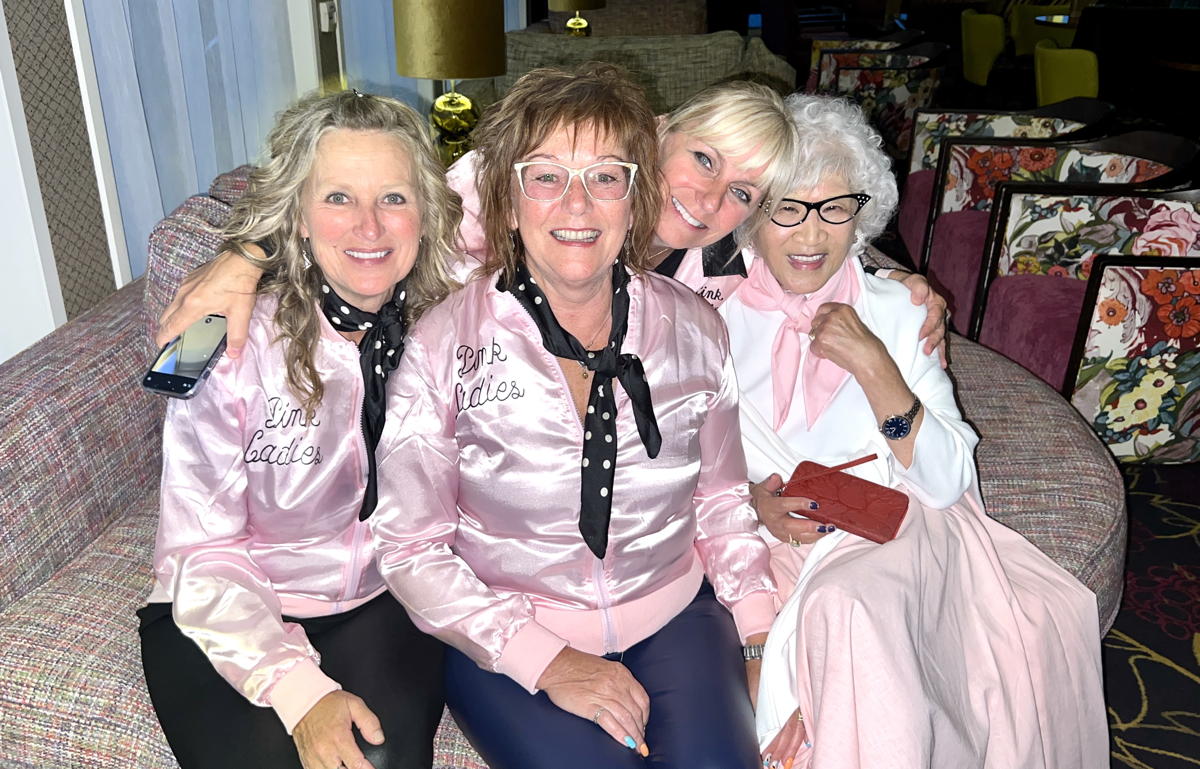 It’s details like this that travel advisors – many of whom, this week, are river cruising for the very first time – have been noting.

“We have the upper echelon of travel advisors on board,” Gardiner told PAX. “They’re booking guests now, and they’re committed to educating themselves so they can better sell AmaWaterways to their clients.” 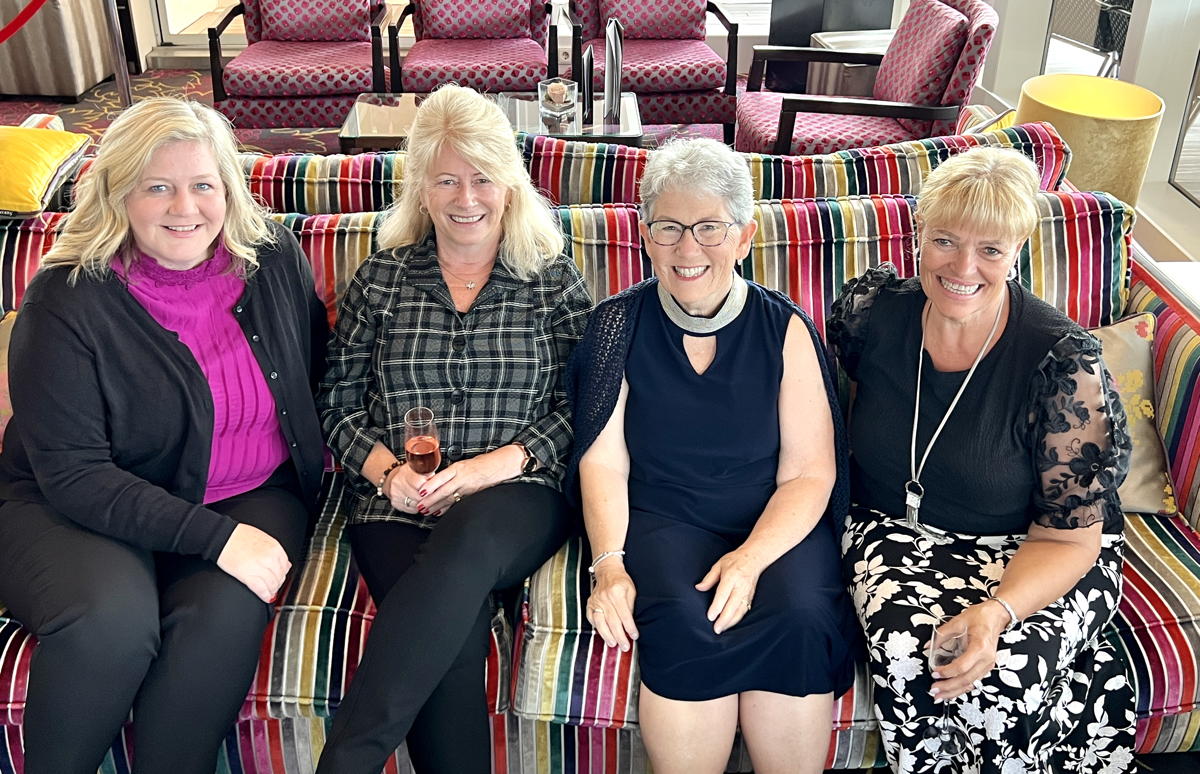 There’s been lots of space to engage. The 156-passenger AmaStella, this week, is almost exclusively hosting trade professionals – just 71 passengers total, 50 of which are Canadian, representing companies such as Trevello (formally TPI), Cruise CEO, Nexion, CAA and Expedia.

It’s a timely cruise, too, as AmaWaterways sees a post-pandemic wave of new customers who previously sailed oceans and are now requesting rivers.

“More people want smaller ships, they want to see the shore, and they want to know they’re getting off – possibly multiple times per day,” Gardiner said. 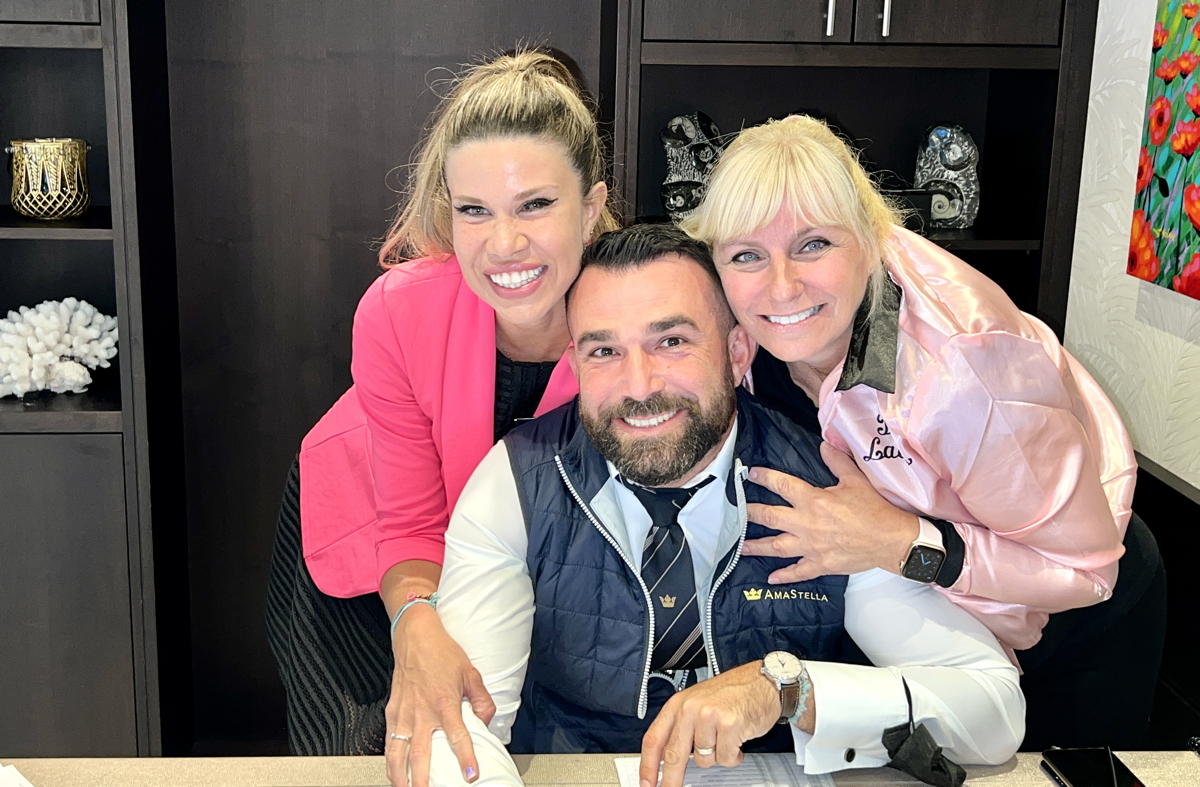 Some of the Canadian and American travel pros on board this week may have started their cruise as strangers, but many will disembark as family.

Ama, in Latin, means “love,” which accurately sums up the bond that has been felt between crew, staff and passengers all week long.

“There’s so much love and warmth when you step on board,” as Gardiner put it. “You automatically become part of the family.”

Stay tuned as PAX brings you more exclusive coverage from The Best of Holland and Belgium with AmaWaterways! For more on location pictures, visit PAXnews.com's Facebook page here!