Holland America Line (HAL) welcomed its ninth ship back into service Sunday (May 8) as Oosterdam embarked guests in Trieste (Venice), Italy, for the first time since the industry-wide pause began in 2020 due to the pandemic.

The ship departed on a 12-day "Holy Lands and Ancient Kingdoms" cruise that includes an overnight at Haifa, Israel, and additional ports in Israel and Greece.

To commemorate the occasion, HAL held a ribbon-cutting ceremony in the terminal to open embarkation, attended by the ship's captain and senior officers, with flag-waving fanfare from team members lined up to greet guests as they boarded the ship.

"Our teams work incredibly hard getting the ships ready for a return to service, and the smiles when they see our guests walking up the gangway that first time are so heartfelt and sincere," said Gus Antorcha, president of Holland America Line. "Each ship back to cruising means more team members back to sea, and we look forward to the restart being complete next month." 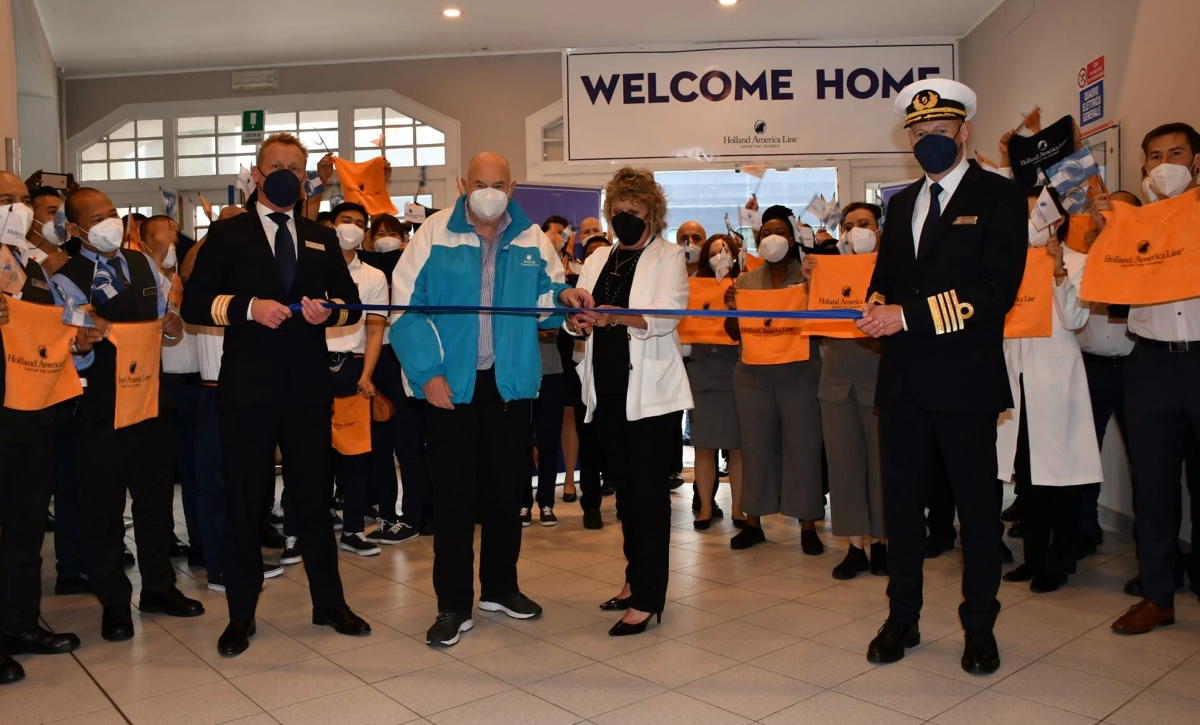 Volendam currently is under charter by the government of the Netherlands, positioned alongside in Rotterdam accommodating Ukrainian refuges.

Following its first cruise back in service, Oosterdam will spend the summer in the Mediterranean, offering seven- to 19-day itineraries roundtrip from Trieste (Venice), and between Trieste and Piraeus (Athens), Greece; Civitavecchia (Rome), Italy; or Barcelona, Spain.

After the Mediterranean season, Oosterdam departs on a transatlantic crossing to Fort Lauderdale, Florida, before heading through the Panama Canal and down the western coast of South America to position for a winter season of cruises around the tip of the continent between San Antonio (Santiago), Chile, and Buenos Aires, Argentina.

The 14-day itinerary will journey to ports in Chile and Argentina, including the coveted Falkland Islands, along with cruising in the Strait of Magellan, Glacier Alley and Cape Horn.

Holland America Line will complete the restart of the remaining ships in the fleet through June with Zaandam (May 12 in Fort Lauderdale) and Westerdam (June 12 in Seattle, Washington).