The ship embarked guests for a 21-day Panama Canal transit to Vancouver that will position it in Alaska through September.

To mark the occasion, Holland America Line held a ribbon-cutting ceremony in the terminal to open embarkation, attended by the ship's captain and senior officers, with flag-waving fanfare from team members lined up to greet guests as they boarded the ship. 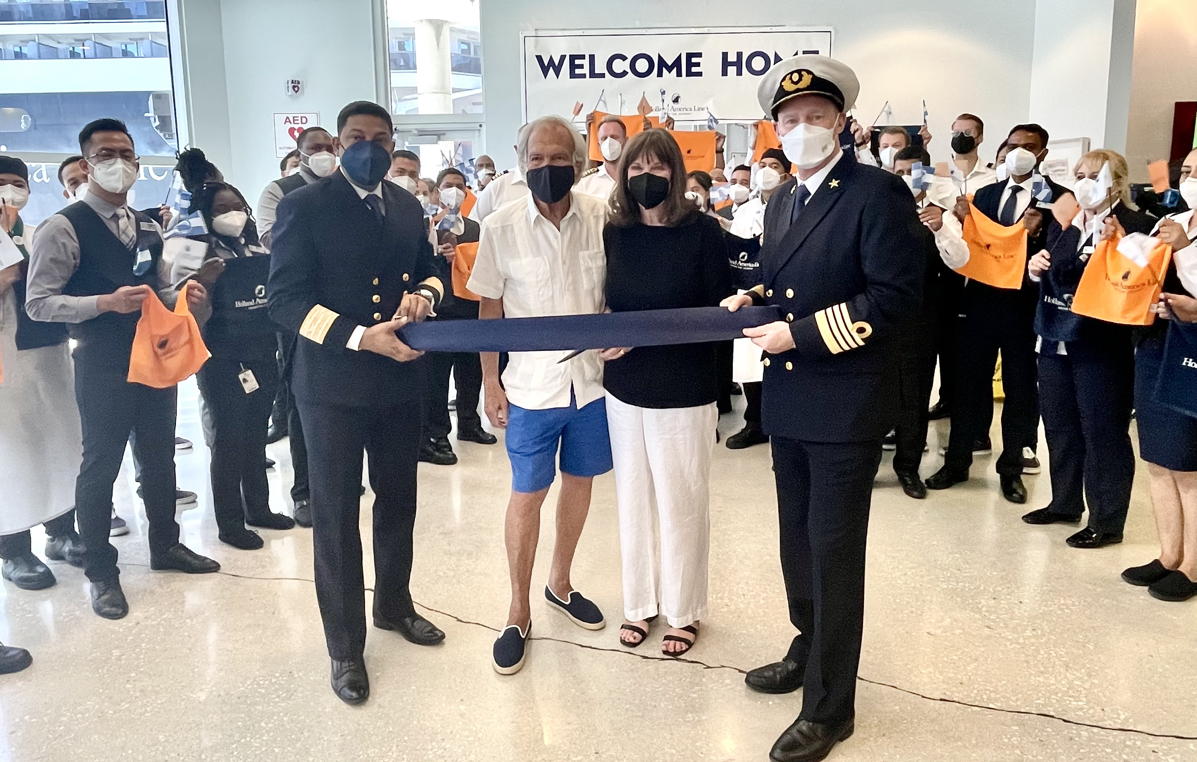 "We are excited to welcome guests aboard Noordam once again as we continue the pace of having all 11 of our ships back in service by June," said Gus Antorcha, president of Holland America Line. "With each relaunch we are able to bring more of our team members back on board and into the Holland America Line family. They have been waiting for this day to welcome our guests and get back to cruising."

Volendam currently is under charter by the government of the Netherlands, positioned alongside in Rotterdam accommodating Ukrainian refuges.

Following the Panama Canal transit, Noordam will spend the summer in Alaska, offering seven-day cruises between Vancouver and Whittier, Alaska, along with one special 14-day Great Alaska Explorer roundtrip from Vancouver in September.

With a strong cruise presence in Vancouver, Holland America Line is set to position four ships out of the Canadian homeport in 2022.

Noordam also will offer longer Cruisetours that combine a three, four or seven-day Alaska cruise with an overland exploration of Denali National Park.

Holland America Line is the only cruise line that extends land tours up to the unspoiled reaches of Canada's Yukon Territory.

After the Alaska season, Noordam departs on an epic sojourn westward with a 34-day Pacific Ocean crossing from San Diego, California, to Sydney, Australia, and a 35-day Australian Circumnavigation roundtrip from Sydney with 15 calls around the continent and scenic cruising in the Great Barrier Reef.

The ship will sail into 2023 with 12- to 15-day cruises roundtrip from Sydney that explore New Zealand through March 2023, before crossing back over to North America for another season in Alaska.

Holland America Line will complete the restart of the remaining ships in the fleet through June with Oosterdam (May 8 in Trieste [Venice], Italy), Zaandam (May 12 in Fort Lauderdale) and Westerdam (June 12 in Seattle, Washington).