Last Sunday’s departure kicked off the ship’s Australian season of 28 sailings which will support an anticipated $165 million contribution to the Queensland economy.

Marking the momentous occasion, the first guests to embark on a Carnival cruise from the Brisbane International Cruise Terminal were welcomed aboard with a “Here Comes the Fun” event.

As part of the celebration and welcome into Australian waters, Carnival Luminosa was presented with an honorary “Citizen-Ship” certificate from local officials, acknowledging Carnival’s commitment to fun in Queensland. 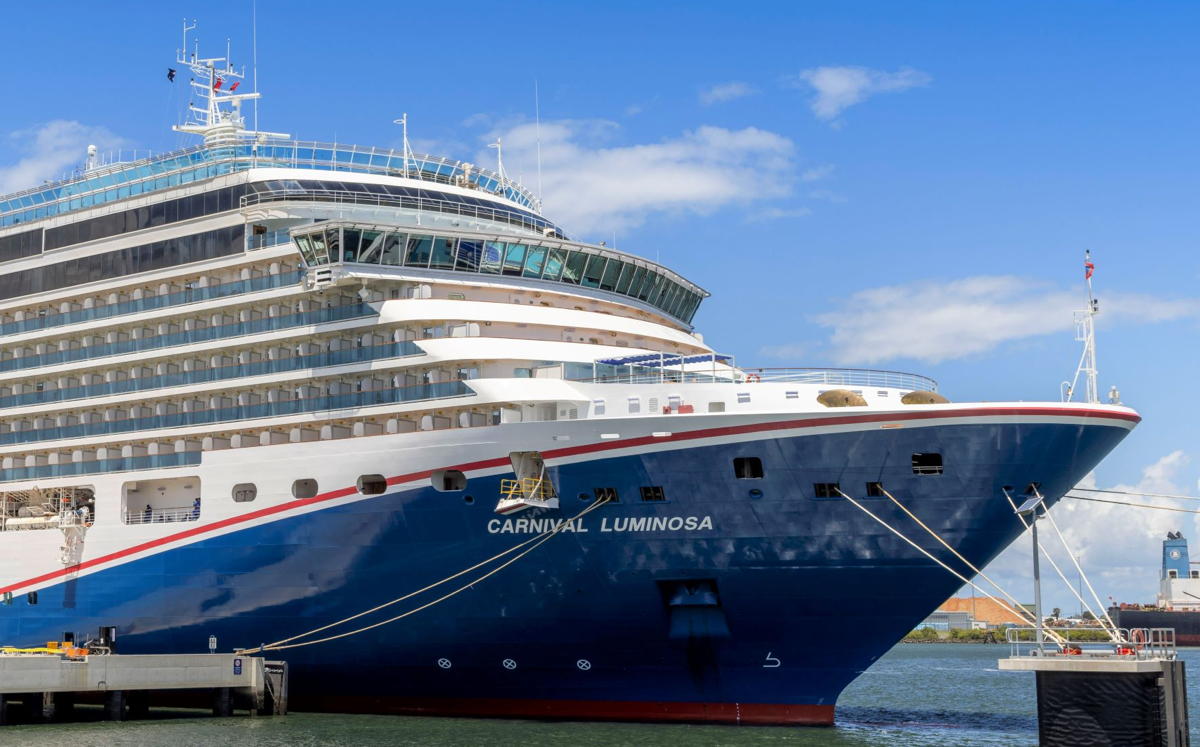 “Bringing a Carnival ship to Queensland has been a long-term goal of ours, so this is a special occasion as it meets that goal and completes our two-ship deployment plan for Australia by complementing Carnival Splendor’s year-round service offerings from Sydney, while also underscoring our commitment here as we celebrate 10 years of operations in Australia,” said Carnival Cruise Line Chief Commercial Officer and Executive Vice President Ken Tate, who took part in the festivities ahead of the ship’s departure.

Guests on board this inaugural cruise from Brisbane, a seven-night Great Barrier Reef sailing, are the first to experience the unique features Carnival Luminosa brings to the Carnival fleet after transitioning from sister-brand Costa Cruises in September and undergoing enhancements over the past two months.

Carnival Luminosa is part of a significant fleet expansion for Carnival Cruise Line and began guest operations on the same day as the company’s newest Excel-class ship, Carnival Celebration, departed on its inaugural cruise from Southampton, England, to its homeport in Miami.

In April, Carnival Luminosa will conclude its first season in Australia and transition from its Brisbane homeport to operate a series of cruises to Alaska from Seattle, Wash.

After a successful expansion of its 2022 Alaska season, Carnival will again deploy three ships on Alaskan journeys in 2023. Carnival Spirit will join Carnival Luminosa in Seattle and Carnival Miracle will operate cruises to Alaska from its seasonal homeport of San Francisco.