Placing the coin in this time-honoured maritime ceremony were Jason Liberty, president and CEO of Royal Caribbean Group, the parent company of Celebrity Cruises; and Laurent Castaing, general manager of Chantiers de l’Atlantique.

According to the legend – and a tradition that has spanned centuries – the laying of the coin is thought to bless and bring good fortune to the ship.

“Today, we celebrate the incredible Celebrity Ascent, a ship name that fittingly represents the climb, the rise and, ultimately, the upward trajectory of both Celebrity Cruises and the Royal Caribbean Group,” said Liberty. “It’s exciting to have our entire fleet back in the water, again, and moments like this reaffirm our bright future. We are grateful to all who have and will continue to lend their creativity and craftsmanship to this ship, as we work together to reach new heights in our industry.” 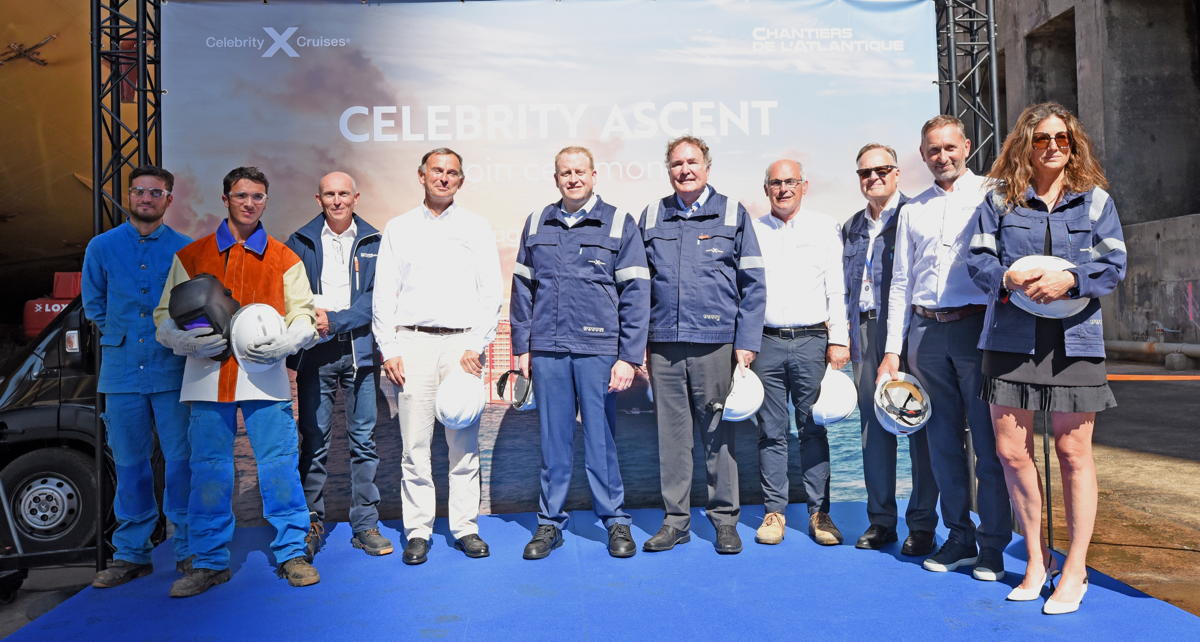 “Bringing another magnificent Celebrity Edge Series ship to life is absolutely thrilling for me and another wonderFULL development for our guests,” said Celebrity Cruises President and CEO Lisa Lutoff-Perlo.  “While exploring the wonders of the world, our guests will be surrounded by the wonders of our Celebrity world - forward-thinking design, culinary excellence, thoughtful well-being experiences, and our uniquely intuitive service. Celebrity Ascent will be the epitome of a relaxed luxury resort at sea.”

Celebrity Ascent is the fourth ship in the line’s ground-breaking Edge Series, a class of ships hailed as engineering and design marvels.

Like her industry-changing sister ships, Celebrity Edge, Celebrity Apex, and Celebrity Beyond, Ascent will connect guests to the breathtaking world around them like never before.

Standing at 17 decks tall and 20 meters longer than the original Celebrity Edge, Ascent will also feature more space and more luxury on board.