For her inaugural season, World Traveller will sail 11 voyages, ranging from six to 12-nights, and visit a combination of chic and historic destinations throughout the Mediterranean, Adriatic, Ionian and Aegean seas.

In nearly all destinations, World Traveller’s small size allows her to dock in or closer to port centres for guests’ greater convenience.

Additionally, travellers can enjoy early booking savings of up to 20 percent for World Traveller’s inaugural season with deposited bookings by September 30, 2021.

“World Traveller’s construction is very well along in our Portugal shipyard. We look forward to the timely launch of our second small, luxury expedition ship,” said Alberto Aliberti, president of Atlas Ocean Voyages. “With World Traveller, Atlas Ocean Voyages will have two small, luxe-adventure ships, covering more of the globe and twice as many compelling destinations, allowing new and returning guests to experience more authentic cultures and breathtaking locales.”

Travellers can enjoy up to 20 percent savings when they book World Traveller’s inaugural summer season.

For all bookings made with deposit by September 30, 2021, travellers will receive 10 percent savings on all World Traveller itineraries and can receive an additional 10 percent savings, for a total of 20 percent, when they pay in full by October 7, 2021.

A shorter, seven-night voyage, departing September 27 from Malaga to Lisbon, showcases the historic side of the region and features the surrounding cities of the Straits of Gibraltar: Gibraltar, U.K.; Cueta, Spain; and Tangier, Morocco.

Following her inaugural voyage, World Traveller charts her course to the chic beach and resort destinations of France’s Cote d’Azur and the Italian Riviera.

On the July 24 voyage, guests combine the Balearic Islands and the Cote d’Azur on a seven-night itinerary from Palma de Mallorca to Nice, France, while the subsequent nine-night itinerary from Nice to Rome (Civitavecchia), Italy, concentrates on the Italian Riviera and features an overnight in Monte Carlo, Monaco, and Rome.

The August 9, 10-night itinerary departs Rome (Civitavecchia) for Athens (Piraeus) and connects the Amalfi Coast, Sicily and Greece, and features two nights in Positano, Italy, while the September 7, 11-night voyage charts westward from Athens (Piraeus) to Malta and focuses on the Greek Isles and Sicily. 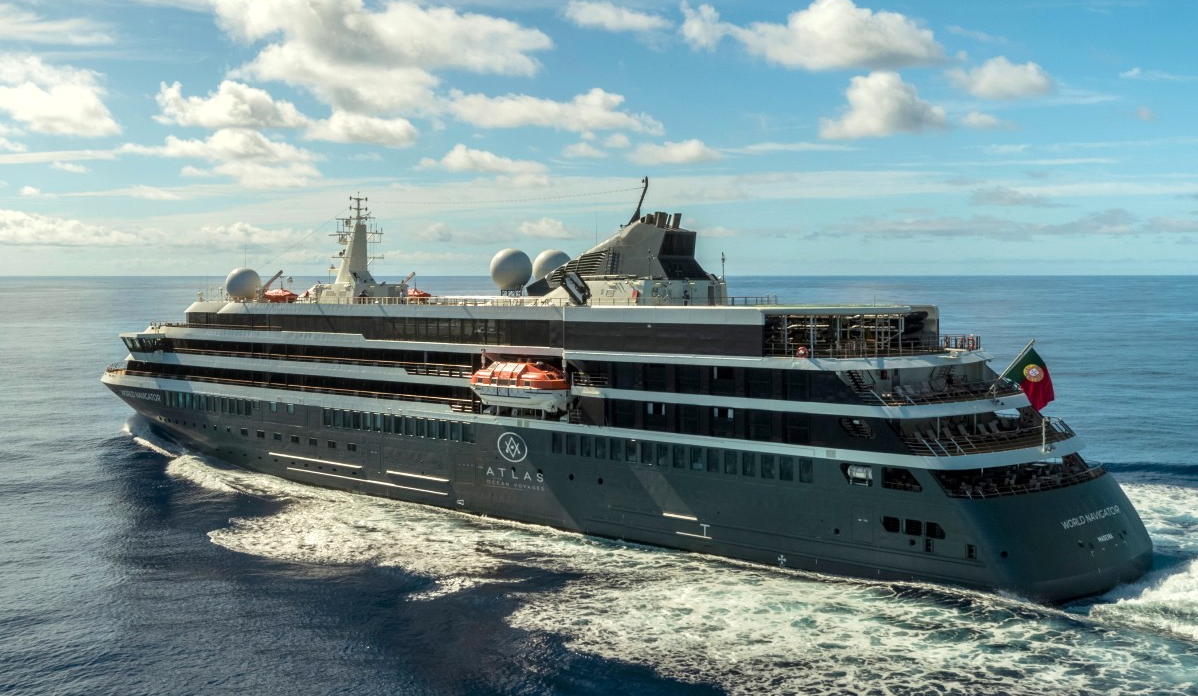 On the following September 18 voyage that departs Malta, World Traveller combines the Balearic Islands with Sardinia, Italy; features a call at Tunis, Tunisia; and concludes with an overnight at Malaga.

Atlas is requesting all guests to furnish, in advance, a valid certificate detailing that they have completed their COVID vaccination at least 14 days prior to embarkation.