"We are starting to put a dent in the backlog”: Feds share passport update

Service Canada is seeing improvements in its passport application and renewal process, according to an update shared by Minister of Social Development Karina Gould.

"We are starting to put a dent in the backlog,” Minister Gould stated on Friday (July 15). “Last week, the number of passports issued was higher than at any point since before the pandemic, at 54,312. That is up over 20 per cent since the previous week, and the weekly rate is up just over 53 per cent compared to the week ending April 8.”

“We are not out of the woods, but this is a positive trend. The next few weeks will be critical in keeping this momentum.”

Gould has been speaking out on passport delays for several weeks now amid reports of frustrated Canadians camping outside of passport offices, spending several hours – if not days – in line to renew their documents.

The system prioritizes service to those with urgent travel needs within the following 24 to 48 hours.

Amid a surge in demand for international air travel, Service Canada’s total forecast for passports in 2022–23 is 4.3 million applications.

"In-person services at passport offices are ensuring the vast majority of people are receiving their passport ahead of their travel,” Minister Gould added. “This is primarily being accomplished by prioritizing those who have urgent travel needs, while connecting those with non-urgent travel with other service solutions.”

Last week, 19 out of 35 passport offices and an additional 18 Service Canada Centres offered extended hours of service, including weekend appointments, and some 500 Passport Officers and 319 Citizen Service Officers (CSOs) have been hired and trained, the Minister said.

Resources from other government departments have also been re-assigned to support passport processing, she said.

“We expect the passport backlog to drop significantly by the end of the summer,” Gould said earlier this month on July 7.

Still, too many people have had to wait until their situation is urgent before they can get their passports, she said. 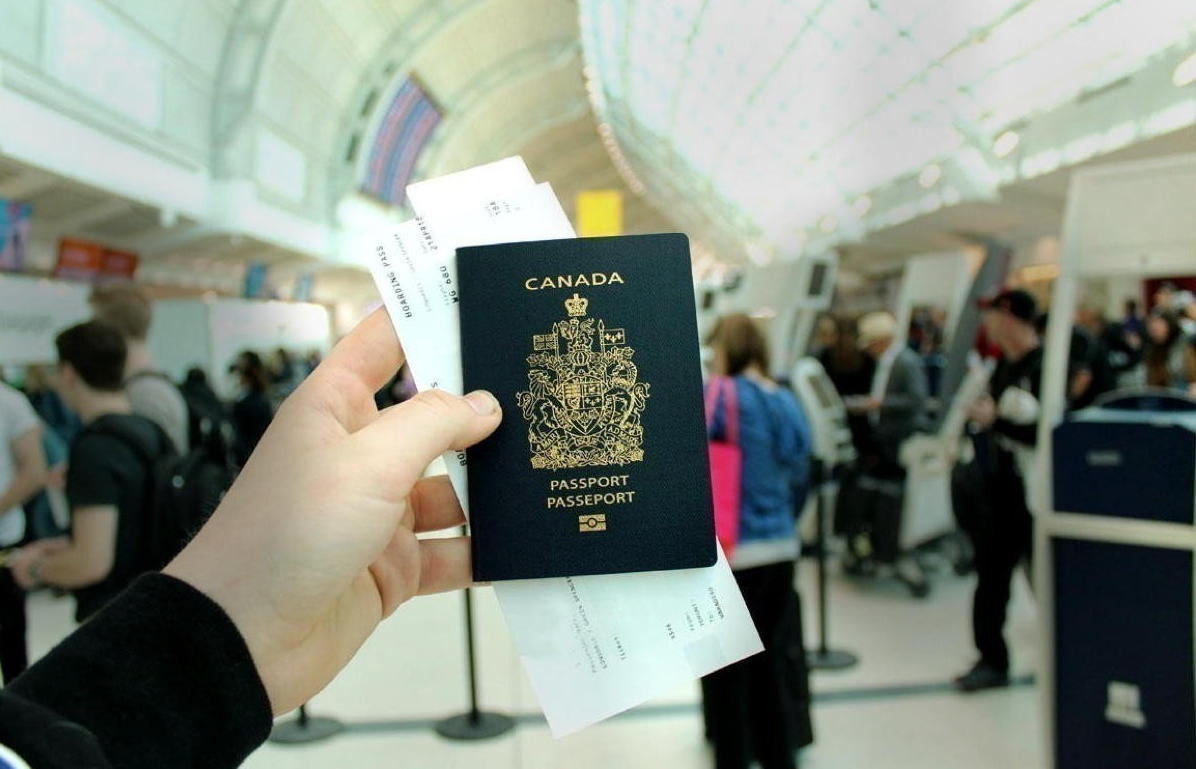 “The more progress we can make on the backlog, the closer we will get to an environment where Canadians can get their passports within our service standards,” said Minister Gould. “In the meantime, we're working to make the experience at the passport offices better.”

With the triage system in place, there is “no need or benefit” to arriving at a passport office the night before, the Minister said.

“At passport offices, teams of managers are using the triage system to go through the line, assess needs, and ensure that each client who comes during office hours is being provided a service solution based on the urgency of their travel,” she said. “Canadians can check what the approximate wait times are at each office.”

Service Canada has launched an appointment-booking tool that directs clients to the right location for passport renewal. Click here to access that tool.

Outside of larger cities, the lineups are “not much longer than we've seen traditionally,” and staff are able to assist the same day, up to 45 days ahead of travel, Gould noted.

In busier passport offices, like in the Greater Toronto Area, Montreal, Ottawa, the Vancouver area, Calgary and Edmonton, the triage system helps ensure people can be served in time for their travel, and ensure those with less urgent travel can get an appointment in order to receive their passport before departure by land or by air.

"If your travel is scheduled in the next week and you have mailed in your passport application or applied at a non-passport Service Canada Centre and you do not have your passport, you should go to the nearest passport office to request a transfer of your application file,” Gould said.

“If you mailed in your passport application and it was not processed within the 20 business day service standard, all additional processing and pick up fees will be waived.”

Applications submitted by mail are being processed within 10 weeks, plus mailing time, the government says.