Following up on his warning that Canada’s border rules could change at any time, Prime Minister Justin Trudeau on Friday (Jan. 29) announced new measures aimed at restricting international travel and preventing variants of COVID-19 from entering the country.

Speaking to reporters from Rideau Cottage in Ottawa, Trudeau said that Air Canada, WestJet, Sunwing and Transat, starting Sunday (Jan. 31), will be suspending operations to Caribbean and Mexican destinations until April 30, 2021.

"They will be making arrangements with customers currently on trip in these regions," Trudeau said. "...Now is just not the time to be flying."

Additionally, starting next week, all international passengers flights will only be allowed to land at Vancouver, Calgary, Toronto and Montreal airports, Trudeau said. 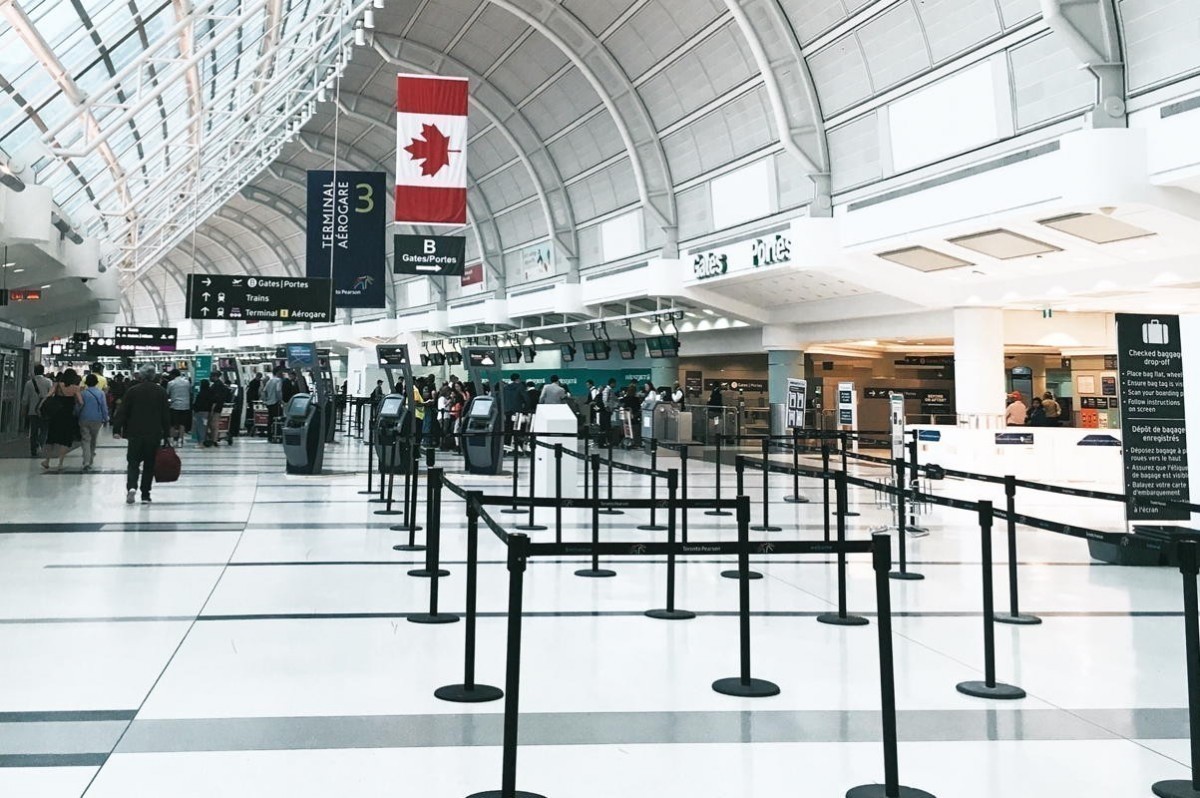 In the coming weeks, Canada will be introducing mandatory PCR testing at airports for people returning to Canada, Trudeau said.

Travellers will have to wait for up to three days at an approved hotel for test results at their own expense, which will cost upwards of $2,000, Trudeau said.

Those who receive negative test results will be released from their hotel and allowed to quarantine at home with "increased surveillance," said Trudeau, noting that the government has hired a private security company to assist with enforcement.

Those with positive tests will have to stay in quarantine, at a government facility, to "make sure they’re not carrying variants," said Trudeau.

Travellers will also soon have to show a negative test at the U.S. land border, the Prime Minister added.

Trudeau suggested that stopping COVID-19 variants from spreading in Canada was one of the main reasons why the government strengthened restrictions.

"We saw that one travel case resulted in many, many cases of the U.K. variants...," he said.  "We know that one case of the variant that comes in could cause significant challenges."

"In regards to when we're going to get to travel again? ...that's the question we've been asking ourselves every month since last March," he said. "...We're doing this to keep as many Canadians alive and healthy as we can through this pandemic."

Some of Canada's air carriers immediately took to Twitter to respond to Friday's news.

"We know that it’s causing a great deal of concern among our customers currently at destination or who planned to travel in the coming weeks, and we are sorry," Air Transat tweeted.

WestJet posted a statement on their blog:

“The government asked, and we agreed,” wrote Ed Sims, WestJet President and CEO. “While we know that air travel is responsible for less than two per cent of cases since the start of the crisis, and even less today, we recognize the Government of Canada’s ask is a precautionary measure. We also note that the overwhelming majority of quarantine exemptions, well over 90 per cent in fact, are connected to land borders and not air travel. We have responded to their request and will suspend service to destinations in Mexico and the Caribbean.” 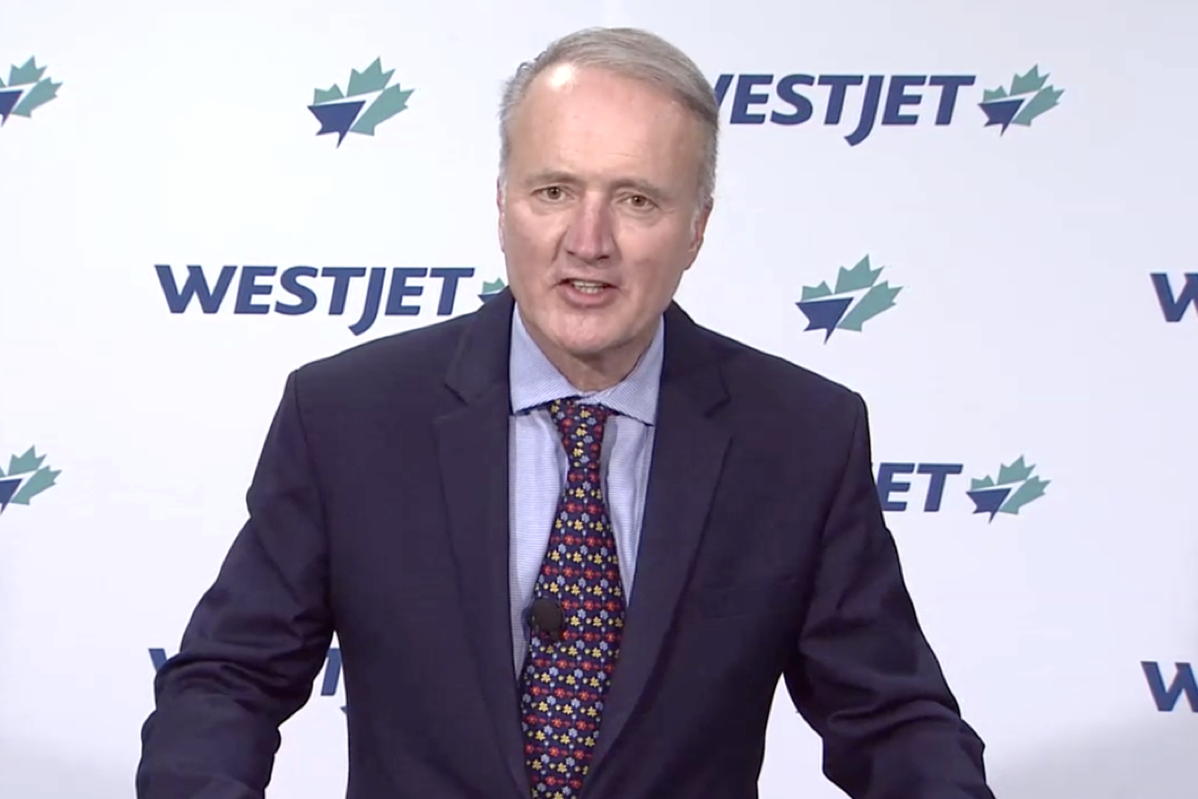 Trudeau has repeatedly urged Canadians to avoid non-essential travel and to cancel all travel plans, stressing that border rules could change at any time and without notice.

It was clear that something big was coming as the Government of Canada began tweeting travel advisories on Thursday (Jan. 28), advising Canadians travelling abroad to register for emergency notices.

The Prime Minister previously said that compulsory quarantine in a hotel was a possibility that he was examining. 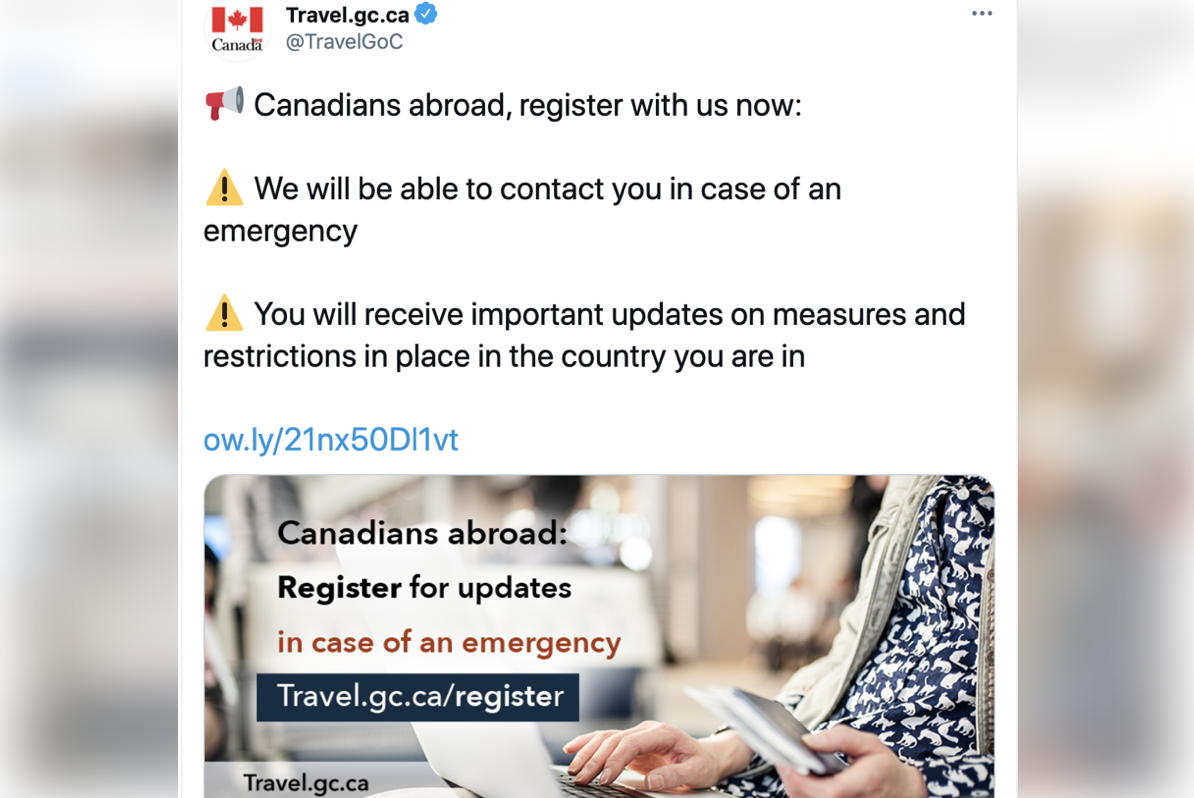 Ottawa has faced pressure from some provinces to take tougher action at the border and impose more rules that discourage vacation travel.

Ontario Premier Doug Ford has been a loud supporter of mandatory testing for international arrivals at Canadian airports.

(And earlier today, it was reported that Ford will, indeed, announce mandatory testing at Ontario airports and border crossings).

The outspoken Premier has called on the federal government to ban flights from certain countries, such as Brazil and Portugal, where COVID-19 variants have been reported. 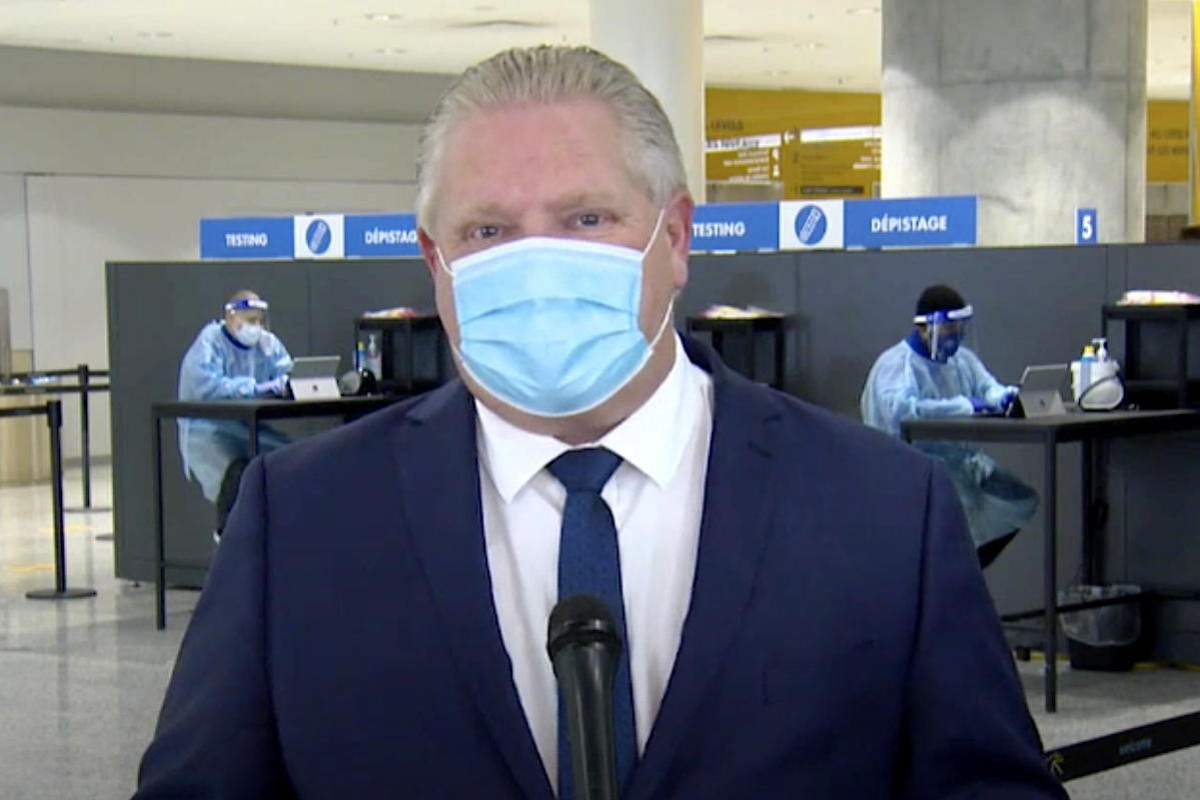 In December, Canada issued a temporary travel ban on flights from the U.K. after a coronavirus variant was reported there.

That ban was later lifted due to new pre-departure testing protocols that Canada introduced.

Quebec Premier Francois Legault has also blasted Ottawa for allowing Canadians to travel south to all-inclusive resorts amid the pandemic.

Legault has also been pushing federal officials to require anyone returning from abroad to quarantine for two weeks in a hotel, on their own dime.

Canada's announcement comes as governments elsewhere strengthen travel rules to help halt the spread of various COVID-19 variants that have been reported.

Under the U.K’s policy, British people returning from a high-risk country will be placed in a government-regulated facility, such as a hotel, for ten days, at their own expense. (Non-U.K. residents will be refused entry).

Those who wish to travel outside of the U.K. will also be required to provide a declaration that states their trip is essential.

Ottawa’s latest round of restrictions may be viewed as a tactic to stop Canadians from flying abroad and travelling south this upcoming March Break.

“We will not hesitate to take tougher measures if and when they’re needed,” Trudeau said on Tuesday (Jan. 26). “The bad choices of a few will never be allowed to put everyone else in danger.” 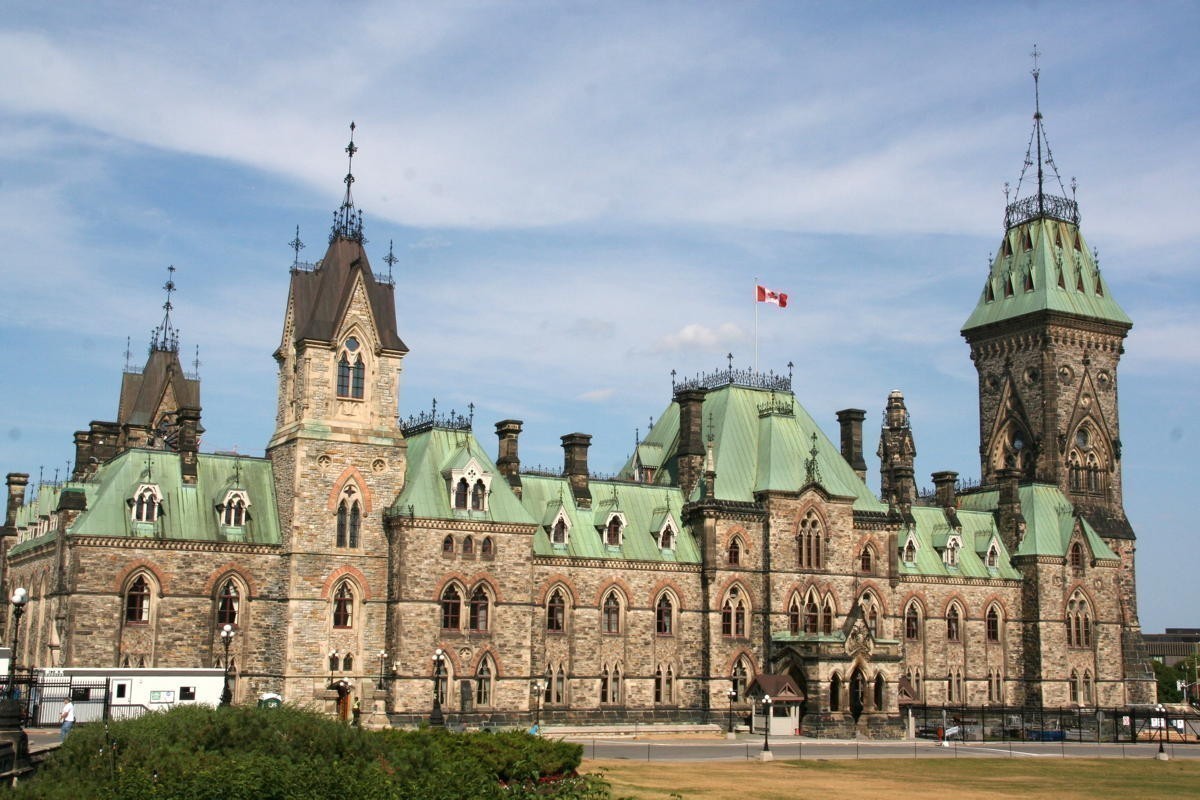 Non-essential travel into Canada by most foreign nationals has been banned since March 2020, and anyone entering the country has been required to follow a mandatory quarantine for 14 days.

The new rules add to a policy that, since Jan. 7, has required proof of a negative COVID-19 test (PCR or LAMP), taken within 72 hours of departure time, which travellers must present to their airline before boarding a flight to Canada.

Earlier this month, a survey by Leger and the Association for Canadian Studies found that 87 per cent of respondents said they would support a ban on international travel until COVID-19 case counts are lower.

Trudeau has previously acknowledged that travel isn’t a superspreader for COVID-19 infections in Canada.

According to the latest data, just 1.8 per cent of all COVID-19 cases in Canada are connected to international travel.

“We know that, right now, only a small proportion of infections are caused by Canadians coming back to the country,” Trudeau said earlier this week.

“That being said, let me be clear, every case is a case too many."