Long telephone wait times – an issue that travel advisors, especially amid the pandemic, are familiar with – was first up on the agenda.

ACV’s Sabella was transparent from the get-go, acknowledging that if “agents are trying to get a hold of us today, you are going to wait over three hours – anywhere you call.” 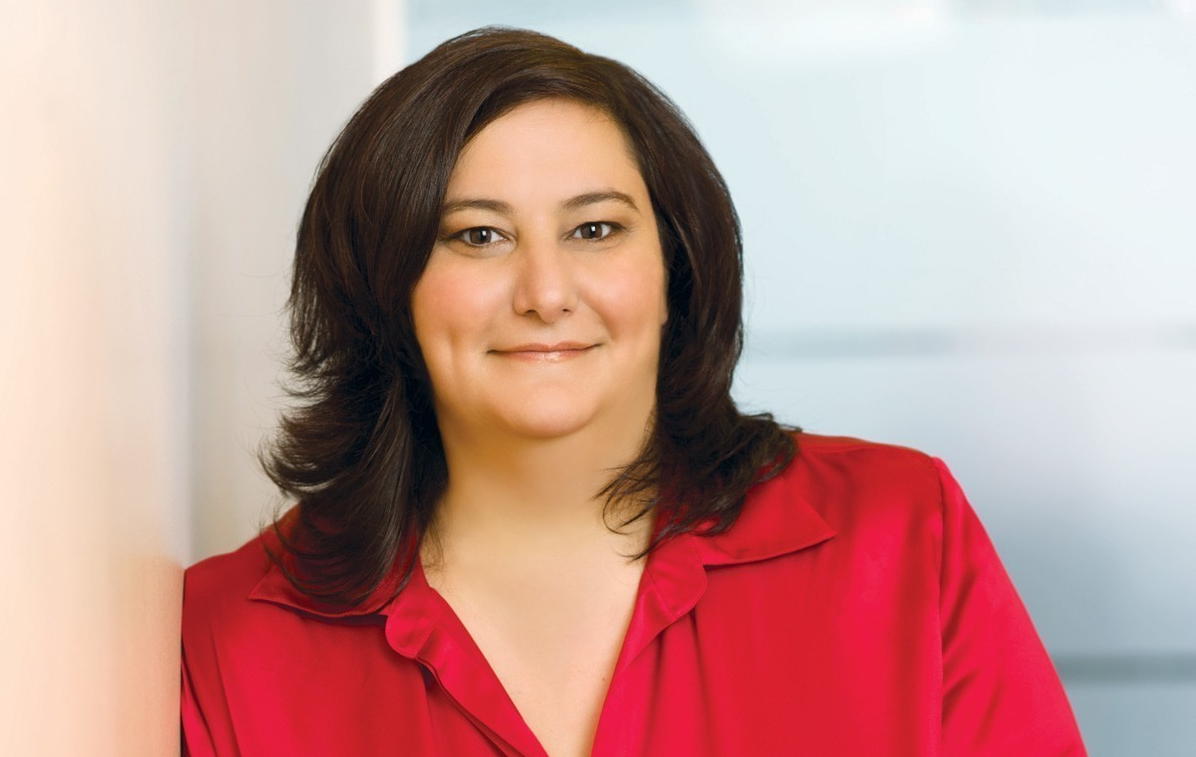 Sabella says ACV is tackling its call centre issue by equipping its team and partners with as many self-serve tools and online help options as possible.

“In the end, we’re serving you, who is serving the end customer. You’re in the middle, and it’s frustrating. I can really, really understand that,” Sabella said.

The reality, she said, is that “there’s a lot involved before we can put somebody on the phone,” noting the extensive training that goes into hiring people in the call centre.

Recruitment is happening, Sabella said, but what agents can look forward to are new self-serve options, coming soon, to ACV’s system.

“Coming soon to a theatre near you, you will see a lot more online self-serve tools,” she said.  “That will definitely relieve your need to call.”

Extra-long wait times on the phone is a “challenge we all share,” Transat’s Adamo said, calling the problem a “nasty, perfect storm.”

Refund files (“We’re almost done,” Adamo noted) getting mixed in with calls to change, postpone or cancel travel is what’s causing a lot of backlog these days, he said.

READ MORE: “If you haven’t travelled, you really need to get moving” - TPI’s “Emerge” kicks off with tips & trends

In many cases, agents aren’t able to make changes themselves, which is what leads to higher-than-usual call volumes.

Transat has “recalled everyone we could recall,” he explained, and the company is actively recruiting more bodies, externally, to join the call centre team.

“Call centres, at the best of times, have high turnover, high attrition,” he said. “It’s just the nature of the beast.”

Adamo made a point of reminding all agents to consult Transat’s online FAQs before dialling in.

“There are still too many calls for final payments and seat selections. Those are all things that do not have to be done over the phone,” he said. “Be patient, it’s going to get better, but with all due respect, only call if you absolutely have to call at this time.”

Sunwing, Dawson said, has had the luxury of being able to move call centre staff over from its U.S.-based sister company, Vacation Express, to help with rising call volumes in Canada.

“I’m not saying everything is perfect, but it has cushioned us somewhat from the impact,” Dawson said.

Obstacles with airports are still impacting Sunwing’s ability to fly out of some cities, like Hamilton and Regina, this winter, said Dawson, who, at the same time, is optimistic that things will change as time progresses.

“My hope is that as more people travel, they will feel like it’s a more normal thing to do,” Dawson said. “I think that should get volumes continuing to go on the trajectory that they’re on.”

Some will travel sooner than others, he said, but if Canada follows any trends that have occurred in the United States, a return to normal could happen in time for winter 2022/2023.

In the U.S., “The bounceback was absolutely amazing,” Dawson said. “The needle changed within days to the point where we’ve had not just one day, week or month of bookings that have been three-times historic levels happening.”

Dawson doesn’t expect things will be three-times bigger in Canada (“It’s a different market,” he said), but he hopes other trends, like buying upgrades, family reunification and visiting destinations with safety protocols in place, will take off. 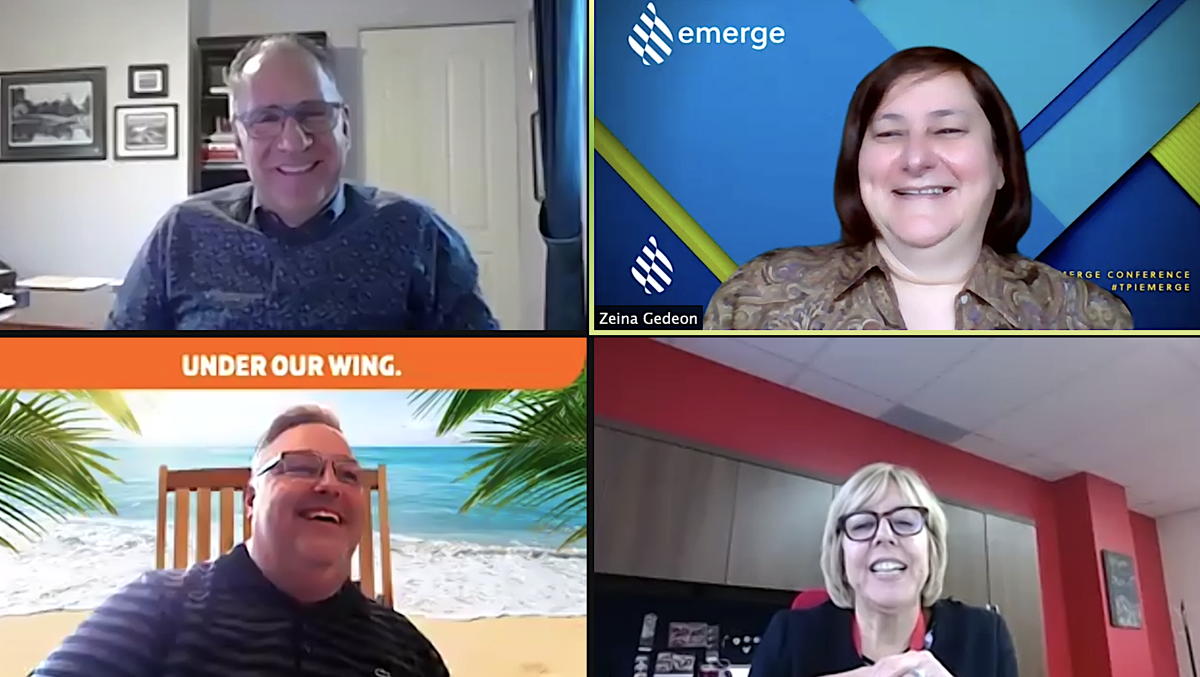 What about restoring Sunwing service in Western and Atlantic Canada?

Sunwing is back serving to Vancouver, Calgary and Edmonton and, in just over a month, it will return to Winnipeg.

Regina, Saskatoon and Kelowna “remain unknown at this point,” he said, and other gateways, like Victoria, BC, have been thinned back.

In that regard, “We’ll keep our fingers crossed,” he said, saying that when Sunwing does return to normal, it will operate countrywide.

ACV’s Sabella said her team is aspiring to be back “where we were in the good ole’ days” by next winter.

Sabella, however, told Air Canada: “Whatever you do, make it stick.”

“Because I cannot handle any more sked changes,” she said, with a chuckle.

Adamo said Transat’s focus, currently, is on summer of 2022.

“It will be an exciting program closer in capacity to a pre-pandemic level,” he said, adding that new routes will be announced soon.

It’s too early to predict Transat’s Winter 2023 offering due to uncertainty around Air Transat’s fleet size, but directionally, there will be “significant operations" in Ontario, Quebec and Atlantic Canada, Adamo said.

“I will be clear – we will not go back to Western Canada for Winter 2023. Beyond that, I cannot say,” he said.

The group also touched on challenges that continue to impact travel.

This, recognizing that shortly after this discussion, the Canadian government lifted its non-essential travel advisory for fully vaccinated Canadians (Ottawa's cruise warning, however, remains).

For Dawson, the biggest obstacle is the “lack of cohesion” across governments when it comes to travel rules, restrictions and protocols.

“It’s really, really difficult to keep up,” said Dawson, urging governments to work with bodies, like IATA, to develop standards that will instill confidence in travellers “and take the confusion out of things.”

Lobbying governments for change, he said, has mostly occurred through airlines, but "everything has been towards a safe reopening.”

“None of us wanted to rush a reopening where we would be blamed for making the health situation worse,” Dawson said. “We’ve always wanted for science to lead us. That’s what we’ve been pushing for.”

A major barrier that still exists is the mandatory pre-departure 72-hour PCR test travellers must show when returning to Canada.

“Does the science support this? Is it possible to get an antigen test? We’re trying to put forward other alternatives," Dawson said.

She argued that testing, if it must happen, can take place in Canada as opposed to in foreign countries.

“I feel there is an opportunity to lobby this,” Sabella said. “In the end, we’re still testing, but you’re testing customers in their hometown, with their own coverage. They don’t have all of these extra expenses. And we’re still achieving the same thing.”

Antigen testing could be a “transition measure,” Adamo suggested.

But he still questions why travellers, these days, need a test at all.

“If everybody getting on the plane is double vaccinated…it’s kind of like having both a raincoat and an umbrella,” he said.