There’s a world of wondrous sights one can see when cruising down The Mekong River in Southeast Asia. Ancient cities, stilted villages…but a dazzling drag queen in a metallic gold dress tap dancing on the deck of a passing ship?

In Miss Conception’s world, anything goes.

The Toronto-based drag diva is the star of a fabulous new video released by OUT Adventures to promote its upcoming 2020 gay Mekong River cruise experience.

Filmed earlier this year on board the LGBT travel company’s January cruise, the fun-filled video features the delightful Miss C. performing her own rendition of the classic Broadway hit “Anything Goes” from the 1934 musical of the same name.

“In olden days when gays went cruising it didn't mean boats and boozin’ but now god knows…anything goes!” the self-proclaimed “female delusionist extra-ordinaire” sings as she twirls and shimmy-shakes along the deck of a ship, sipping cocktails and dancing with charmed guests as the greenery of The Mekong River sails by in the background.

It’s a preview of what fun lies ahead when cruising The Mekong with Out Adventures, which offers a seven-night, all-gay luxury cruise along the famous trans-boundary river as part of a 13-day, 12-night adventure through Vietnam and Cambodia. 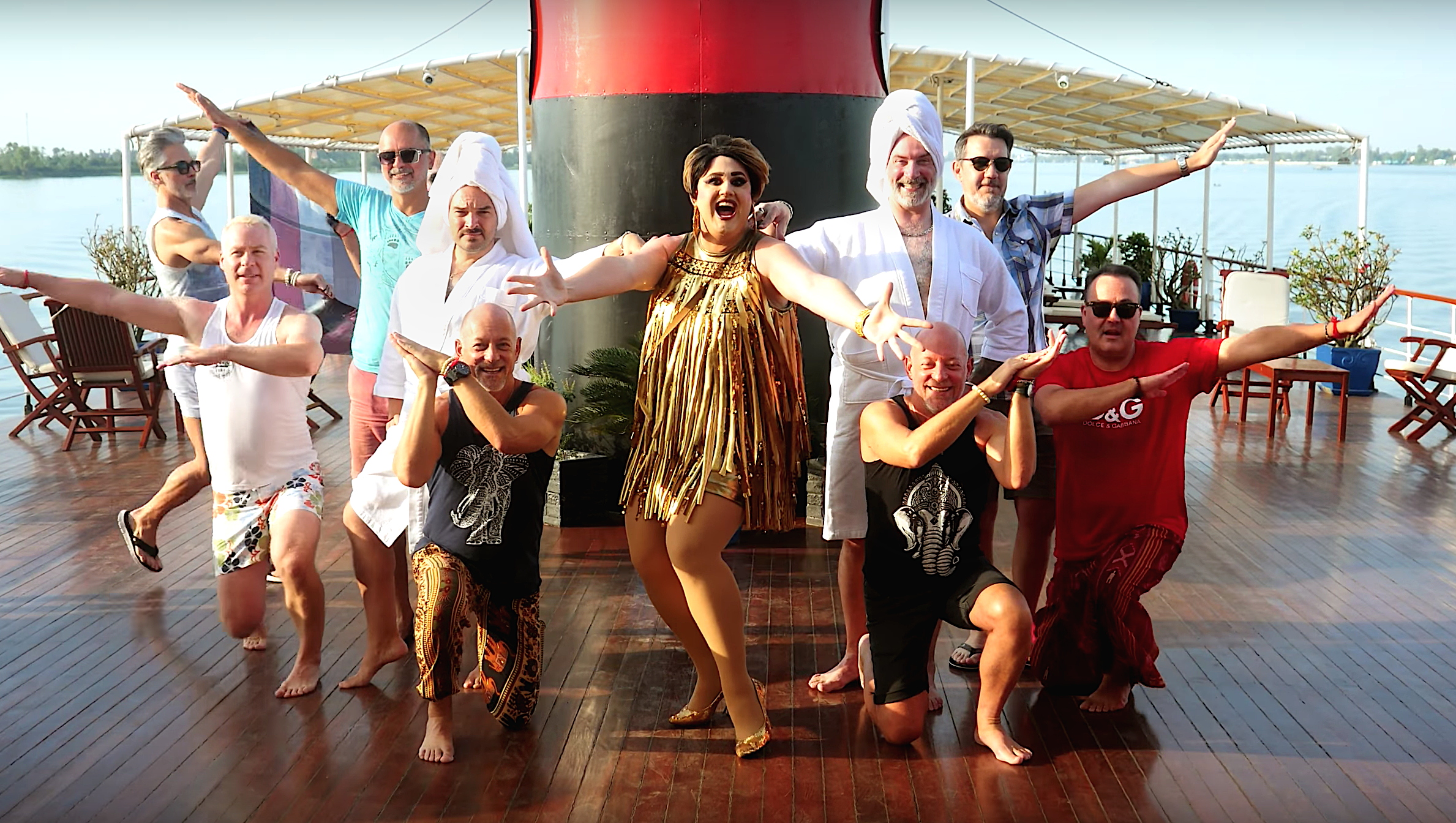 In between marvelling at ancient temples, local villages and modern cities, guests are also treated to Miss Conception’s on-board comedy show, trivia nights and “private Champagne lap dances in her suite,” as the official itinerary reads. “Alright, perhaps not a lap dance – we can’t let her upstage the stilted villages, Phnom Penh, and gorgeous countryside.”

For OUT Adventures co-founder Robert Sharp, it’s all about keeping travel authentic and fun.

“We focus on so much more than just the tour...from the first email or phone call to the start of the trip, we try to get to know our clients as much as possible, dare I say become their friends,” says Sharp, who founded OUT Adventures in 2008 with colleague Steven Larkin.

With a goal to provide “slick and sublime escapes for the gay community,” the company’s mandate is to enrich the lives and livelihoods of the communities it visits.

That, in part, includes hiring local guides who share a special connection with the LGBT community.

“We love to empower local LGBT or LGBT-welcoming guides to run our trips in a casual way, allowing them to become part of the group. This really fosters a fun environment for our clients to become a big family on tour,” Sharp told PAX.

The spirit of gay family and drag sisterhood is alive and well in the company’s latest Mekong video, which features cameos and choreography by real on-board guests of OUT Adventures.

“They dedicated their own time, on their vacation, to be part of this fun little project,” Sharp told PAX.