“The time for extraordinary COVID support is over”: Budget 2022 to phase out aid; no help for ITAs, says ACTA

“The time for extraordinary COVID support is over,” said Finance Minister Chrystia Freeland, tabling her second federal budget in the House of Commons on Thursday (April 7).

Presenting a 2022 budget that is aimed at “targeted” initiatives, such as housing affordability, dental care, defence and security, Indigenous reconciliation, as well as diversity and inclusion, Freeland made one point clear: Canada’s economy has recovered (not only has it recovered, it's “booming”) and it's time for government aid programs to end.

Freeland defended the federal aid programs that helped businesses stay afloat when lockdowns crippled the economy, but “our ability to spend is not infinite,’ she said in her speech.

“We will review and reduce government spending because that is the responsible thing to do,” Freeland said. 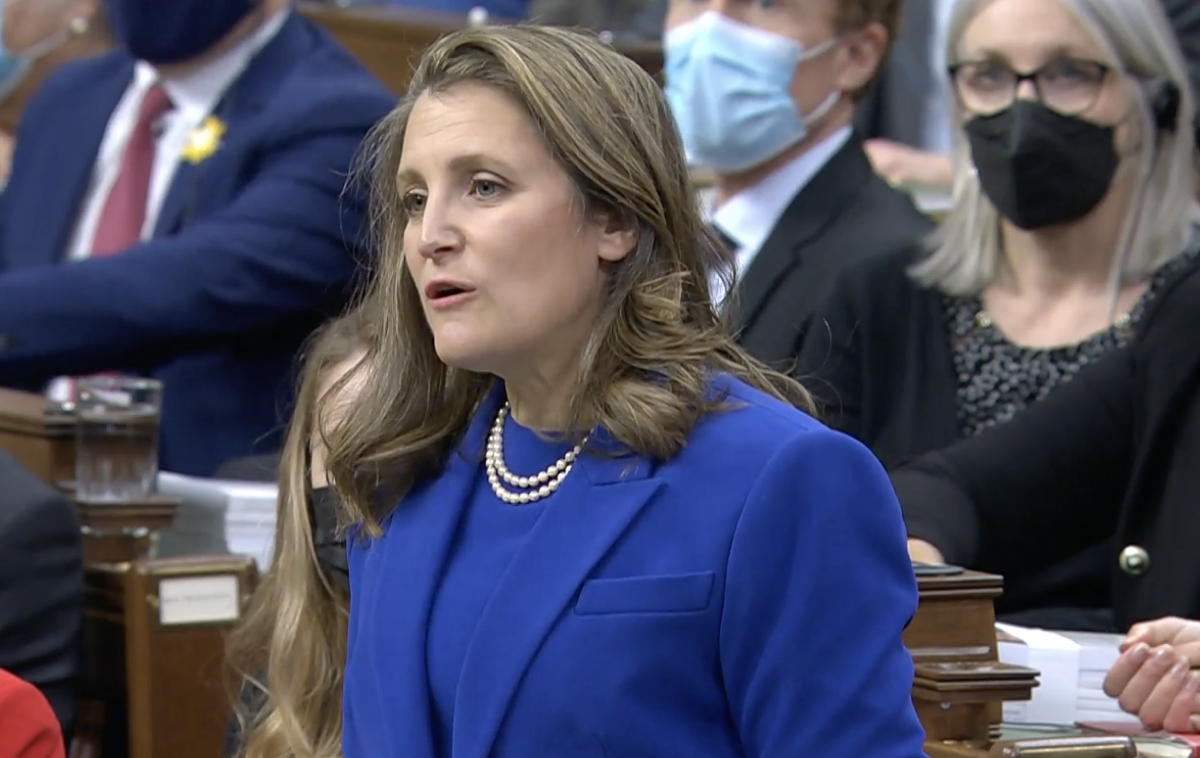 But the news doesn’t bode well for Canadian travel professionals who have been fighting for extended supports, such as maintaining rent and wage subsidy levels at 100 per cent until summer.

Ottawa’s Tourism and Hospitality Recovery Program wage and rent subsidies have been critical to travel agency survival during the pandemic, helping hard-hit businesses with up to 75 per cent of support.

And while recovery is on the horizon, it will take several months for travel agencies and independent travel advisors to recover, simply based on the length of time it takes to get paid. 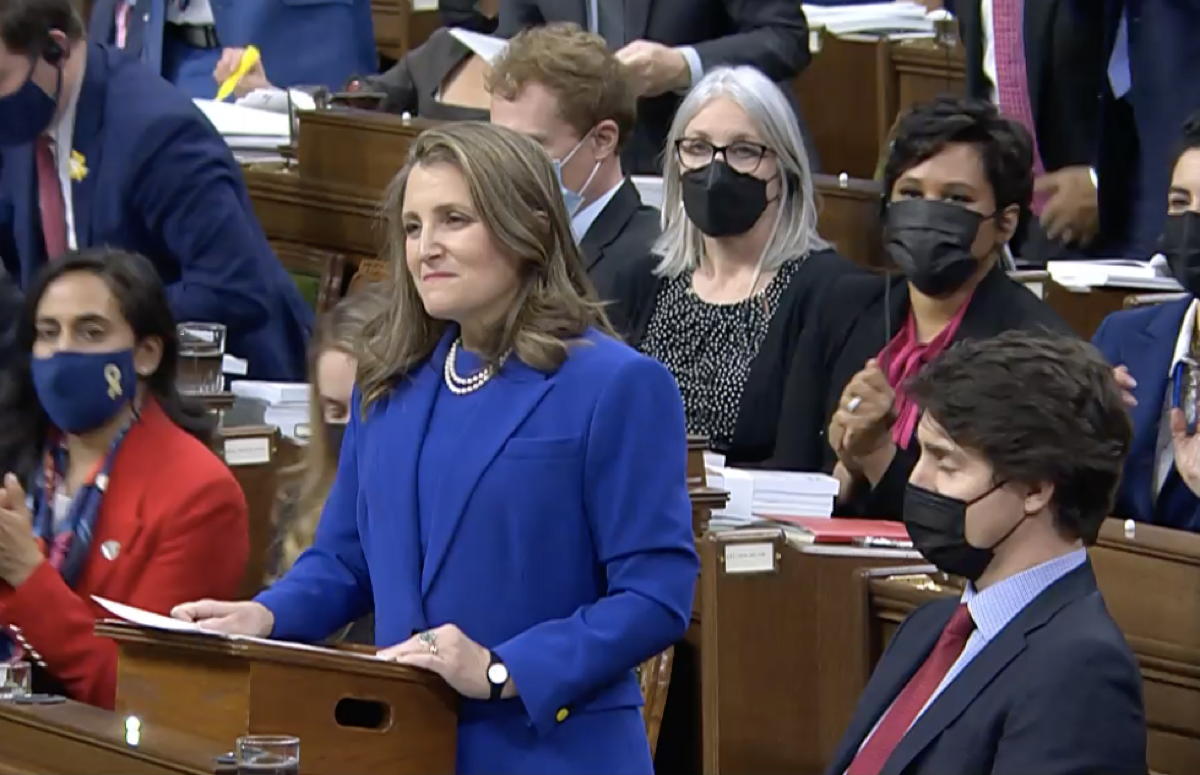 Another issue is securing aid for independent travel advisors (ITAs), who have been without targeted support (despite being among the hardest-hit entrepreneurs) since the Canada Recovery Benefit (CRB) ended in October 2021.

During the pandemic, Ottawa’s leading federal aid programs, such as the CEBA, CERS, CEWS and RRRF, excluded many hard-hit small businesses.

ITAs, for one, haven’t received the same level of support as storefront travel agencies, who have been able to use wage and rent subsidies to stay afloat.

For the Association of Canadian Travel Agencies (ACTA), the details shared in Budget 2022 were disappointing at best.

“ACTA is disappointed that the 2022 federal budget failed to address the ongoing need for support for travel agencies and independent travel agents, who are still far from recovery,” Wendy Paradis, president of ACTA, said in a statement Thursday evening.

“All temporary financial support programs are being phased out, despite the impact of the Omicron variant and the delayed revenue model of our sector.”

Through ACTA’s pre-budget submission, political engagements, partnership with the Coalition of Hardest Hit Businesses, and member grassroots work, Paradis said there was “intense advocacy pressure” on Ottawa to protect travel agencies and independent travel agents, who are among the most impacted by the pandemic.

“Unfortunately, despite these efforts, the federal government has not budgeted for an extension to the Tourism and Hospitality Recovery Program wage and rent subsidies or for independent travel agent financial support,” Paradis said.

“Therefore, it is expected that wage and rent subsidies will end as scheduled on May 7, 2022, and no direct financial support for independent travel agents is forthcoming.”

This suggests the independent travel agent relief proposal, or the ITARP, that ACTA submitted to Ottawa in December will not pass.

The solution was aimed at creating equity between ITAs and other travel and tourism small businesses.

At this stage, ACTA’s focus transitions from survival to recovery and advocacy will begin with all levels of government on lifting all remaining barriers to travel, reducing regulatory burdens, tackling the labour crisis, and “fostering an environment where travel agencies and independent travel agents can thrive.”

Paradis said ACTA will work closely with the Ministry of Tourism on the new post-pandemic Federal Tourism Growth Strategy to “ensure resiliency and opportunity” in Canada’s travel and tourism sectors.

The Travel Agent Next Door's Judith Coates, co-founder of the Association of Canadian Independent Travel Advisors (ACITA), said ACITA didn't have high expectations from the budget.

"There weren't many details shared in the announcement, but it was very obvious that COVID aid is a thing of the past and the Canadian government wants to move onto other things," Coates told PAX.

ACITA later posted a statement on its LinkedIn page, blasting Tourism Minister Randy Boissonnault for promising independent advisors a lifeline "but instead we’re watching him drive the lifeboat away as we drown."

The group vowed to "come back stronger and fight harder."

ACTA will be providing further analysis of the 2022 federal budget at its upcoming town hall on April 11 at 1 p.m. EST. Click here to register. WestJet will also be in attendance.

A French edition will also be held on April 13 at 11 a.m. EST. Click here to register.