The Canadian Travel and Tourism Roundtable touched down in Vancouver on Wednesday (Nov. 10), giving travel and tourism leaders a platform to call on the federal government to remove “unnecessary and non-science-based obstacles to international travel,” such as pre-arrival PCR testing for fully vaccinated travellers.

Pre-departure PCR testing, a policy the Government of Canada introduced during the height of the pandemic in January,  is “threatening the survival of Vancouver businesses and freezing business travel,” the Roundtable, a cross-Canadian coalition of leaders in the tourism and travel sector, said in a news release.

Canada’s rule requires all travellers entering Canada to show proof of a negative COVID-19 molecular test taken within 72 hours of their departing flight or arrival at the land border – and PCR tests can cost upwards of $200 each.

As the largest Canadian city located on the west coast, Vancouver is Canada's gateway to the Pacific and the Far East – a "critical catalyst to Canada's economic diversification and connection to the world."

But since the onset of the pandemic, business operators in Vancouver who have come to rely on international visitors, are facing another winter season of continued economic decline.

"Business travel from the U.S., Asia, and around the world has pretty much come to a complete halt, and that is hurting our cities, especially Vancouver's downtown core. Today we are joining the Canadian Travel and Tourism Roundtable in calling on the federal government to get rid of the pre-departure PCR text. Getting rid of unnecessary and outdated travel rules will help Vancouver get back to business,” said Bridgitte Anderson, president and CEO of the Greater Vancouver Board of Trade.

Canadian businesses are also being disadvantaged compared to their American and European peers. 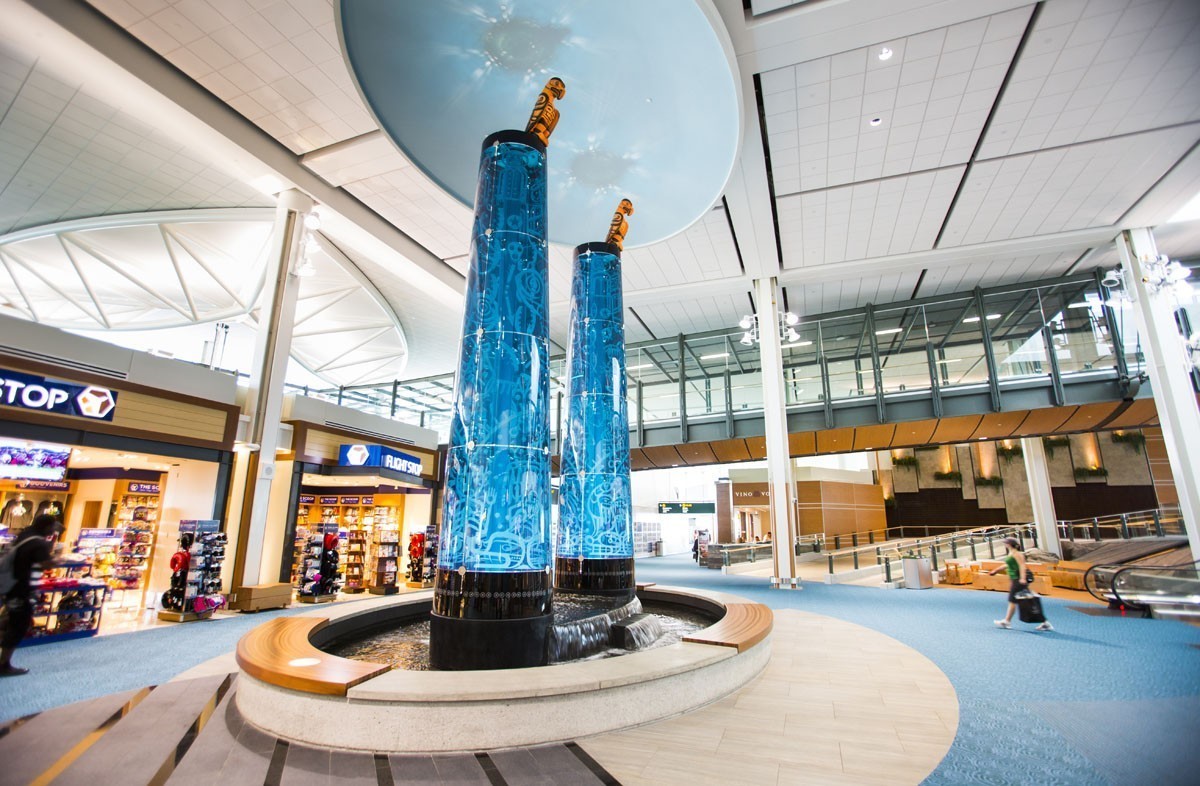 In 2019, Vancouver welcomed more 11 million overnight visitors, contributing $14 billion in total revenues to the Metro Vancouver economy and supporting over 104,000 full-time jobs, the Roundtable said. By comparison, revenues fell by 70 per cent in 2020.

Canada's rules run counter to the recommendations made by the federal government's COVID-19 Testing and Screening Expert Advisory Panel Report, which, in May, concluded that fully vaccinated travellers should not require a pre-departure test.

Canada's travel rules are also out of step with the international community, including the United States.

"The PCR test signals to international business travellers that Canada is not open for business,” said Claire Newell, president of Travel Best Bet. “It also takes longer to get back PCR test results, which presents logistical challenges for short business trips and trips with a packed agenda.”

“If we continue down this path, we will be at a severe disadvantage to our peers in the U.S. and Europe."

Wednesday’s press conference in Vancouver adds to a line of previously-held events The Roundtable has hosted.

The coalition's campaign to end pre-arrival PCR testing ramped up on Oct. 28 at a press conference in Toronto, where Wendy Paradis, president of the Association of Canadian Travel Agencies (ACTA), travel advisor Lorraine Simpson and Michael MacKenzie, executive director of Canadian Snowbird Association, explained how pre-arrival testing is impacting the seniors market.

A second press conference was held on Nov. 4 to highlight how barriers, like pre-arrival testing, disproportionately impact average Canadian families.

Then, yesterday, businesses in Alberta spoke at Mount Norquay in Banff National Park to highlight how barriers to travel, like pre-arrival PCR testing, are threatening the success of Alberta's ski season.

Last week, Chief Public Health Officer Dr. Theresa Tam said Canada’s pre-arrival PCR testing policy is “actively being looked at,” although it is unclear if officials are looking to lift the rule at both the land and air borders.

Global News followed up on this promise with Health Minister Jean-Yves Duclos on Monday (Nov. 8).

“We are looking at these requirements quite carefully. As the COVID situation remains volatile, officials and experts will continue to evaluate the measures in place, and make necessary adjustments as required,” spokesperson Andrew MacKendrick wrote in an emailed statement to the news outlet.

WestJet added its voice to the conversation yesterday, posting on its "WestJet News" account that "many of these policies were implemented prior to the widespread availability of vaccines."

"We continue to advocate for changes to Canada’s advance PCR/molecular testing policies, in addition to a new practical policy for travelling children under 12," the airline stated.