The original version of Canada’s ArriveCAN app cost $80,000 when it was created more than two years ago, according to a cost breakdown that was provided to PAX on Monday (Oct. 17).

But due to multiple updates, call centre costs, employee benefits, cloud hosting services and upgrades that ensured the platform was accessible to people with disabilities, that figure is now set to balloon to $54 million by March 2023.

The various costs of ArriveCAN – which was introduced as a mandatory requirement for entry into Canada in April 2020 and then made optional last month – emerge not long after a parliamentary committee ordered federal departments to submit contracting documents related to the app by the end of October as part of a study into its hefty price tag.

Canada Border Services Agency (CBSA) shared with PAX a breakdown of the money it's required to develop, operate, and maintain an app like ArriveCAN – costs that are being reviewed by a parliamentary committee.

"Many elements had to come together"

According to Sandra Boudreau of CBSA’s media relations team, ArriveCAN, over the course of two-plus years, has undergone 70 updates and upgrades as COVID-19 measures evolved.

“As with any project, many elements had to come together to do this,” Boudreau wrote in an email Monday evening.

While it cost $80K to create the initial version of ArriveCAN on Android and iOS, it took another $8.8M for more than 70 releases of the app and website over over two years, the CBSA says.

Another $7.5M is listed for Service Canada’s call centre, which answered more than 645,000 calls on COVID health measures from travellers between November 2020, and October 2022 on behalf of both CBSA and PHAC.

An additional $5.2M was spent on data management, which was needed for the CBSA and PHAC to collect, report, and monitor the COVID border measures and results.

Another $4.9M was spent in “indirect costs associated with the project,” including employee benefits, accommodations and payments to other government departments, Boudreau said. 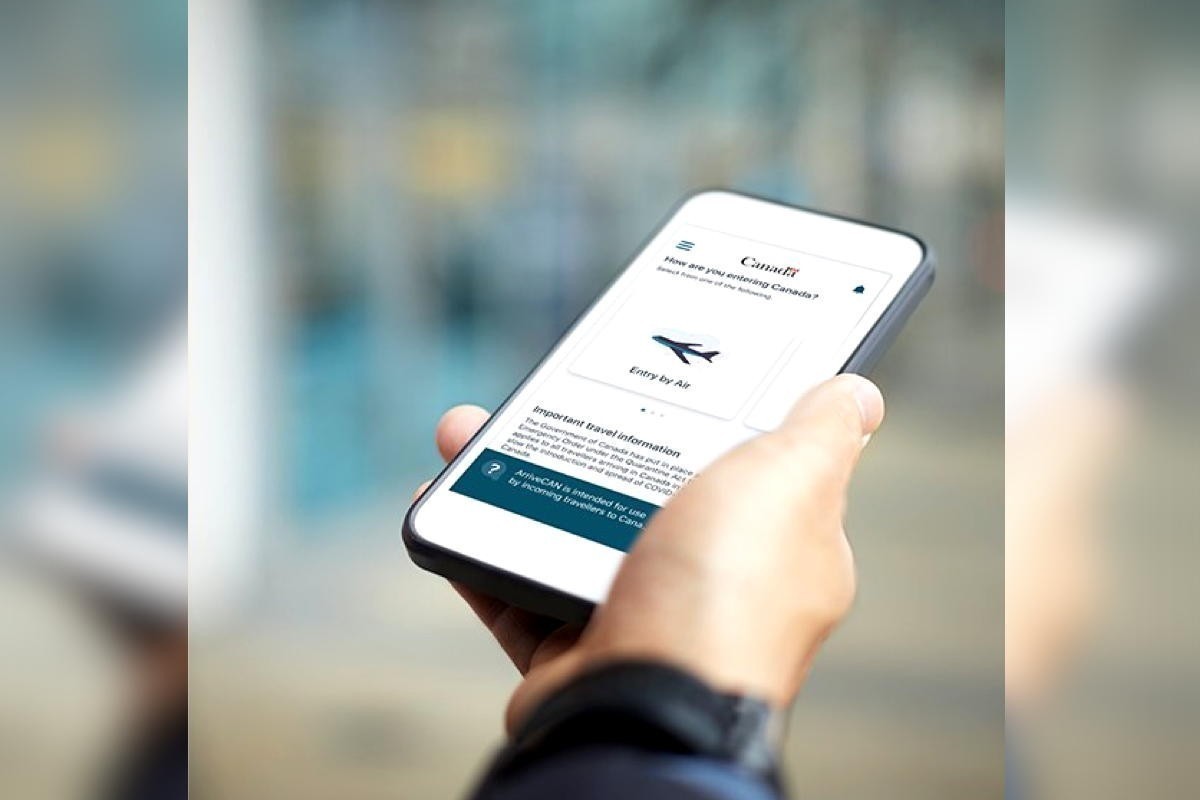 It cost $4.6M to “authenticate and verify travellers proof of vaccination credentials” delivered by provinces and territories and other countries and another $4.6M for cloud hosting services.

Another $4.5M is listed on technical support for travellers, airlines, and airports and $2.3M was spent on cyber security.

As well, it cost $1.7M to ensure the app and website were accessible for users with disabilities and $1.6M for “internal project management costs, including program, policy and project coordination, legal services, and communications support.”

An additional $3.8M was budgeted as a “contingency” fund.

The CBSA says ArriveCAN saved “about five minutes” in line each time travellers crossed the border by using the app and, to date, it has been downloaded more than 18 million times.

“ArriveCAN is not a simple information sharing app,” wrote Boudreau. “It’s a secure transactional tool that used industry standards “Smart Health Card” to verify proof of vaccination, which was needed to protect our communities during COVID-19.”

With every adjustment made to Canada’s border measures, regular updates to ArriveCAN were needed, Boudreau said, “each of which needed to be developed and tested prior to launch to ensure the app was up-to-date.”

In the months leading up to Canada’s border policy changes, ArriveCAN faced criticism from border communities, tourism groups, travel agent advocates and Conservative MPs who argued that the now-optional platform was impacting the recovery of Canada’s travel sector.

Since early September, the Canadian government has been promoting ArriveCAN’s effectiveness, unveiling upgrades to the app, such as the optional “Advance CBSA Declaration” feature.

This allows travellers to answer customs and immigration questions up to 72 hours in advance of flying into Canada.

“The app is now an optional tool for travellers who want to expedite their border experience,” Boudreau wrote yesterday.

Early usage data from CBSA shows that ArriveCAN cuts the amount of time a traveller spends at a kiosk by “roughly one third,” and more than 30 per cent of travellers arriving at participating airports are using it.

A House of Commons committee agreed on Monday to a version of a Conservative Party request for a study into ArriveCAN’s cost.

In analyzing its ArriveCAN contracts, the Globe and Mail earlier this month found that the company that received the most work on the app, GCstrategies, is an Ottawa-based firm with fewer than five employees that relies heavily on dozens of subcontractors.

But both the government and the company are saying they cannot reveal the names of the subcontractors for confidentiality reasons.

Monday’s motion called on departments to reveal the contractors and subcontractors, a cost breakdown, the list of contracts and all other requests for proposals and invoices related to the app.

A deadline of 10 business days was set, the Globe reports.

Meanwhile, others say ArriveCAN shouldn’t have cost as much as it did.

A Toronto-based tech company held a voluntary “hackathon” earlier this month to rebuild the app with new efficiencies and features.

The developers at TribalScale said it was able to recreate ArriveCAN within less than 48 hours, and if it had built the app in the first place, it would have cost less than $1 million dollars.