Fighting for survival: ACTA, ASTA & others sound off on the status of int’l travel

Travel industry authorities from North America, Europe, the U.K., and the Caribbean linked arms on Wednesday (Sept. 8) to discuss the state of international travel, as it pertains to travel agencies, and share ideas on what governments can do to speed up travel’s recovery.

Though located in different regions around the world, all speakers agreed that the industry needs to continue fighting for sector-specific relief and promote a safe return to travel.

“Without that safe resumption, it’s going to prolong any kind of recovery that our industry is going to have,” Zane Kerby said.

Governments, worldwide, can also do a lot more to harmonize rules and restrictions, the panel implied.

The “patchwork” of travel regulations that are constantly changing needs to be clearer, Kerby said, adding that if the industry should do anything right now, it’s to “add our voice [and] ask for more transparency.” 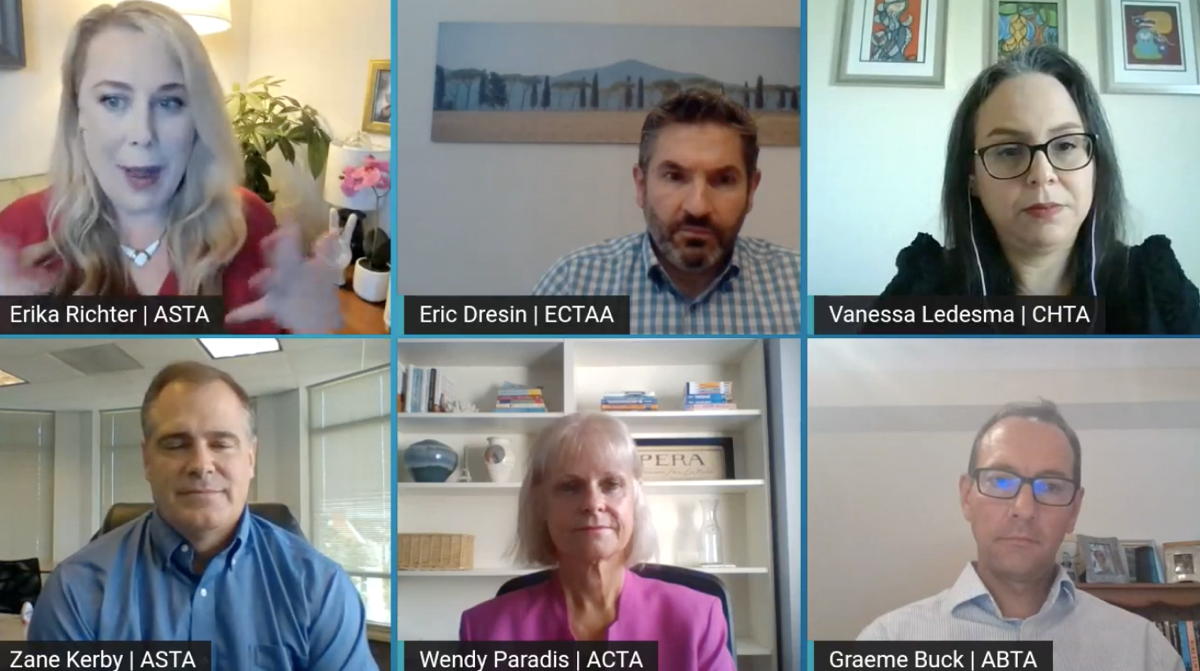 Furthermore: the issue of vaccinated travellers being treated like they are unvaccinated “needs to change,” he said.

From a U.S. perspective: “The threat level from our government needs to come up to where the science is, which is that the vaccines are safe, that you’re far less likely to get or spread the virus” or be hospitalized, he said.

As some 250 travel agents from around the world logged into the live event, Wendy Paradis shared ACTA’s perspective, noting Canada’s strict travel restrictions and the “catastrophic” impact COVID-19 has had on the industry.

She shared some of ACTA’s grim numbers: that travel agency revenue remains 90 per cent down compared to 2019 and that more than 65 per cent of full-time travel agents are still furloughed.

Bookings out of Canada have picked up for winter 2022 season, Paradis said.

But she expressed concern over whether those bookings will “actually take place” as cases of the Delta variant continue to surge around the world.

The good news is that Canada’s vaccination rates are climbing, she said, noting how 68 per cent of the population is now fully vaccinated.

“This means that many Canadians can travel in that they are very low risk when it comes to visiting parts of Canada or parts of the world,” Paradis told attendees.

Canada easing its travel restrictions for fully-vaccinated Americans and, as of yesterday, foreign nationals from elsewhere around the globe, is certainly a step forward. 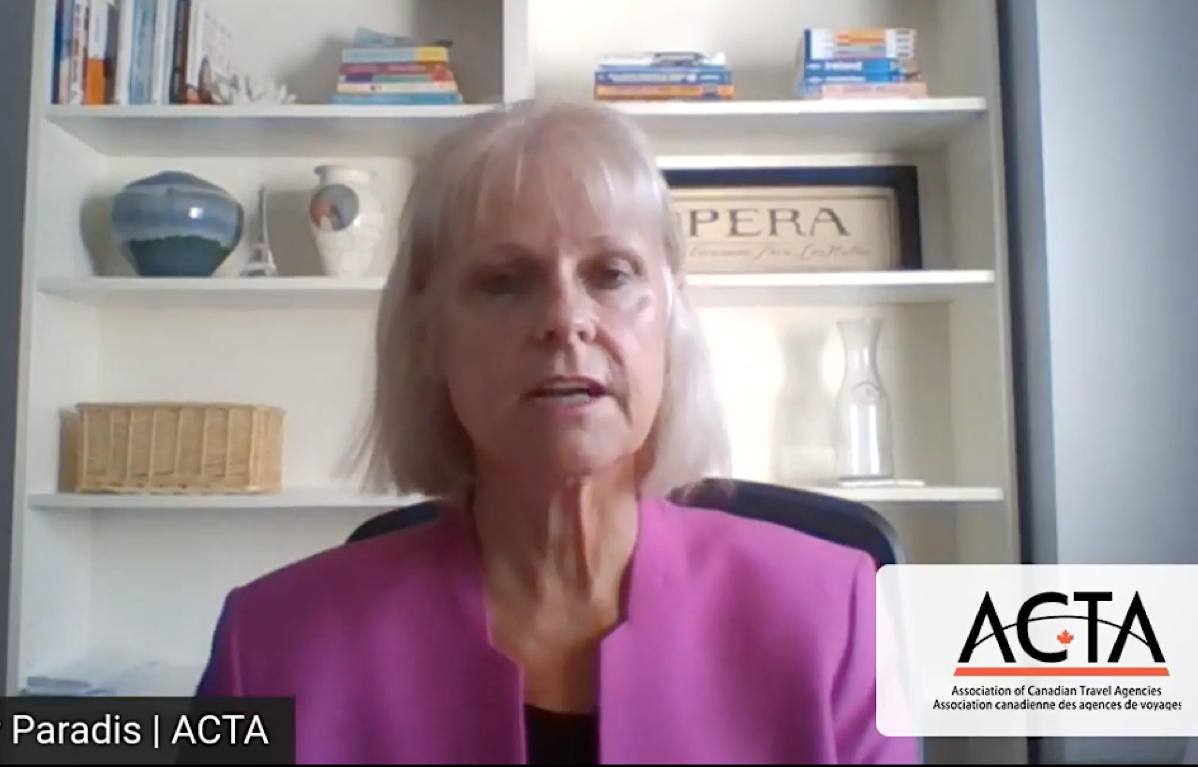 However: “We still have a blanket travel policy in place for Canadians travellers, which is to avoid non-essential travel outside of the country, even though so many Canadians are fully vaccinated,” Paradis said. “This needs to change.”

“We are very hopeful for the future, but until international restrictions resume, our industry cannot recover.”

The ongoing changes to border, testing and vaccination requirements worldwide has led to a level of uncertainty in the marketplace and, as ABTA’s Graeme Buck pointed out, it makes it “purely impossible for travel to operate.”

What can governments do?

Among the things that government can do to help travel advisors?

“It needs to revive grant-like relief to industry and businesses that are affected,” Kerby offered.

Speaking on behalf of ASTA, Kerby said if the U.S. government is going to intervene and discourage travel, or shut down sectors (as it did with the cruise industry), then that decision should “trigger immediate grant relief,” Kerby said.

Paradis added a Canadian take, citing the “critical need” of continued financial aid as most financial support programs, for Canadian travel advisors, are ending in October.

“Clearly it does not make sense to reduce any aid programs for hardest-hit sectors, like travel agencies,” Paradis said.

Like ASTA, ACTA, too, is also lobbying for grants because “our industry is so in debt, we cannot take on more debt,” she said.

Financial support for agents is “priority number one,” Paradis told the panel.

“The diagnostic equipment that governments have now has to change,” he said. “It has to be more sophisticated.”

Governments need to “put a system in place that recognizes vaccination and allows those who are vaccinated to travel more freely," he said.

What can agents do?

Suggestions on what travel advisors can do to help were also shared.

“We have to lean on our governments,” Kerby said. “We’re kind of a less visible part of the travel industry than other sectors, like hotels and airlines…we need to be just as visible, vocal and present as those [who have more] mindshare in the travel economy.

“We have to contact our legislators and bring our force there…we have the numbers to do it.”

Another “ask” that agents should be pushing on governments is to “follow science and data” and demand consistency on vaccine recognition.

In Canada: “We’re advised that this is happening, and as an industry, we need to keep pushing so this remains, or even becomes, a bigger issue for governments to want to solve,” Paradis said.

Canadians are in unique situation given how they were encouraged by the federal government to mix vaccine brands.

Ottawa keeps stating that the “science is there,” Paradis explained, but “Canadians are not necessarily welcome around the world with mixed vaccines.”

“I think that, as a world, we need to really – quite frankly – get our act together,” she said. “Having some standard protocol, based on science and data, that is reasonable is really a key step forward.”

When travel-related announcements are made: “You have to sit back and wonder why in the world is that decision being made?” Paradis said.

As Canada’s party leaders face off in this month’s federal election, ACTA has also been urging agents to contact their local MP, and party leaders, to ensure sectoral support for travel, tourism and travel agent issues becomes an election issue.

There is “tremendous pent-up demand” for travel, Paradis said, noting that more than 30 per cent of Canadians are more likely to use the resources of a travel advisor in today’s new world.

She said the “research shows” that Canadian travellers are safety oriented in wanting to know the protocols and COVID situation every step of the way, from the airport to the airplane to the destination to the hotels or to the cruise ship.

The number of times that agents, today, communicate with their clients is proof of this, Paradis suggested.

Before COVID, travel agents might have been in contact with their clients two or three times before the travel date, Paradis said.

“Now, we’re hearing from agents that they’re talking to their clients 10 to 15 times. And [their clients] are not travelling until February,” she said.

“I think that using a professional travel agent is now seen as more valuable than ever,” Paradis said.

To watch the panel discussion in its entirety, click here. 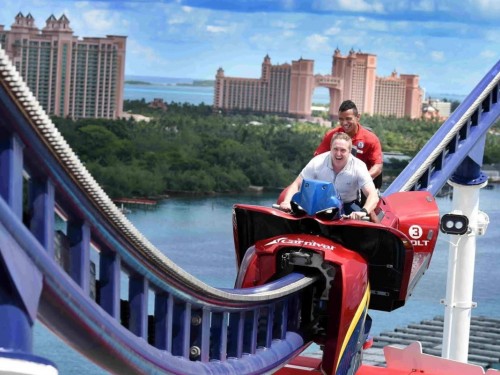 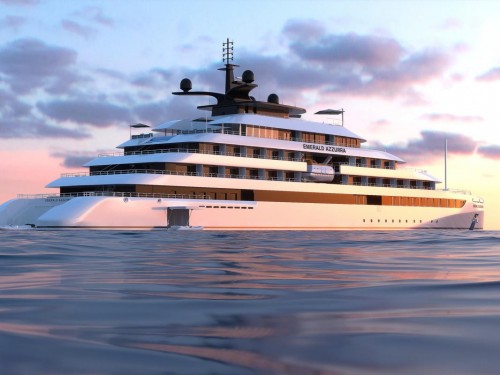