Canadians will head to the polls on Sept. 20 – exactly one month from today – to decide where the country goes from here as the COVID-19 pandemic rages on.

An Ipsos poll conducted for Global News on Aug. 17 found that the Liberals would receive 36 per cent of the vote if an election was held this week, while Conservative Leader Erin O’Toole would earn 31 per cent with the NDP’s Jagmeet Singh’s getting 20 per cent.

But a range of hot topics have flared up on the campaign trail since Sunday (Aug. 15) when Trudeau called this 36-day election – the shortest possible election period under federal law.

Courting voters in locations across the country, party leaders, this week, have addressed everything from child care to Afghanistan to subsidies for businesses to climate change to help for seniors to mandatory vaccinations.

Where does Canada’s travel industry fit into the picture?

Naturally, it’s expected that a plan for the safe reopening travel, as well as the urgent need for ongoing sector-specific aid for travel advisors, is on the minds of many travel pros right now.

But getting answers from politicians on these particular issues may be tricky, at least at this stage of the game, industry insiders say,

“It is unfortunate, but travel is not top of mind for any of the three major political parties,” Zeina Gedeon, CEO of Travel Professionals International (TPI), told PAX earlier this week.

Still, Gedeon is hopeful that more MPs will be interested in hearing from their constituents about the plight of independent travel advisors and travel agencies during the campaign.

“I believe we must continue to hammer home our messages of sector-specific support,” Gedeon said. “Now, more than ever, we cannot let up the gas on our advocacy efforts.”

The Association of Canadian Travel Agencies (ACTA) has already issued a call to action, urging members to meet with MPs and decision-makers to ensure that sectoral support for travel, tourism and travel agents “becomes an election issue.”

As part of “Operation Survival: Phase II,” ACTA is providing members with key notes for meetings and a template email/letter to engage politicians.

“Across the country, if each and every one of us uses the talking points outlined by ACTA, we can get our collective voices heard,” Gedeon said. “Now is the time to act if you haven’t already done so!”

Where do the top three party leaders stand, as far as travel industry-related issues are concerned?

Trudeau, on Day 2 of his re-election campaign, dived right in by pledging support for tourism, saying his party would extend emergency supports for businesses and create new ones for hard-hit industries.

This included a promise to extend the Canada Recovery Hiring Program until March 31, 2022, and a 75 per cent wage and rent support "transition program" through winter. 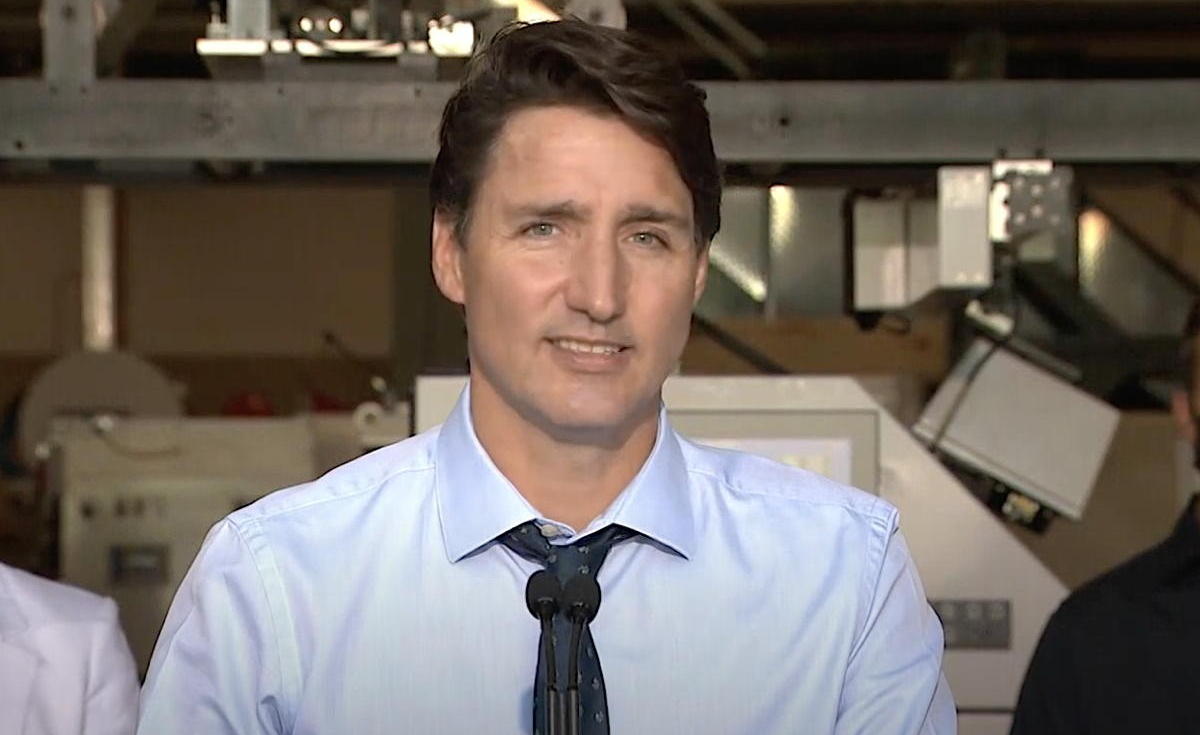 While domestic tourism associations applauded the news, travel advisors (independent ones, in particular) were quick to point out how useless Trudeau’s proposal really is.

Independent travel advisors, for one, have only been able to access the Canada Recovery Benefit (CRB) – a “lifeline,” as some have put it, that has already been reduced and is set to end on Oct. 23.

With no access to other supports – such as CEWS, CERS, CEB, HASCAP and the RRRF – “travel advisors have been left out in the cold,” The Travel Agent Next Door’s Judith Coates, co-founder of the Association of Canadian Independent Travel Advisors (ACITA), told PAX.

Remember, travel advisors who sell outbound products didn’t really benefit from the $1.5 billion that was allotted to travel and tourism in the 2021 Budget.

“If Trudeau's pledge of support follows along the lines of the support that we have received from the federal government to date, independent advisors have nothing to look forward to in the event of another Liberal government,” Coates said.

Politicians from various parties have expressed support for travel advisors over the past year, in fact, as exemplified in this exclusive video PAX produced for Travel Agent Day last May. 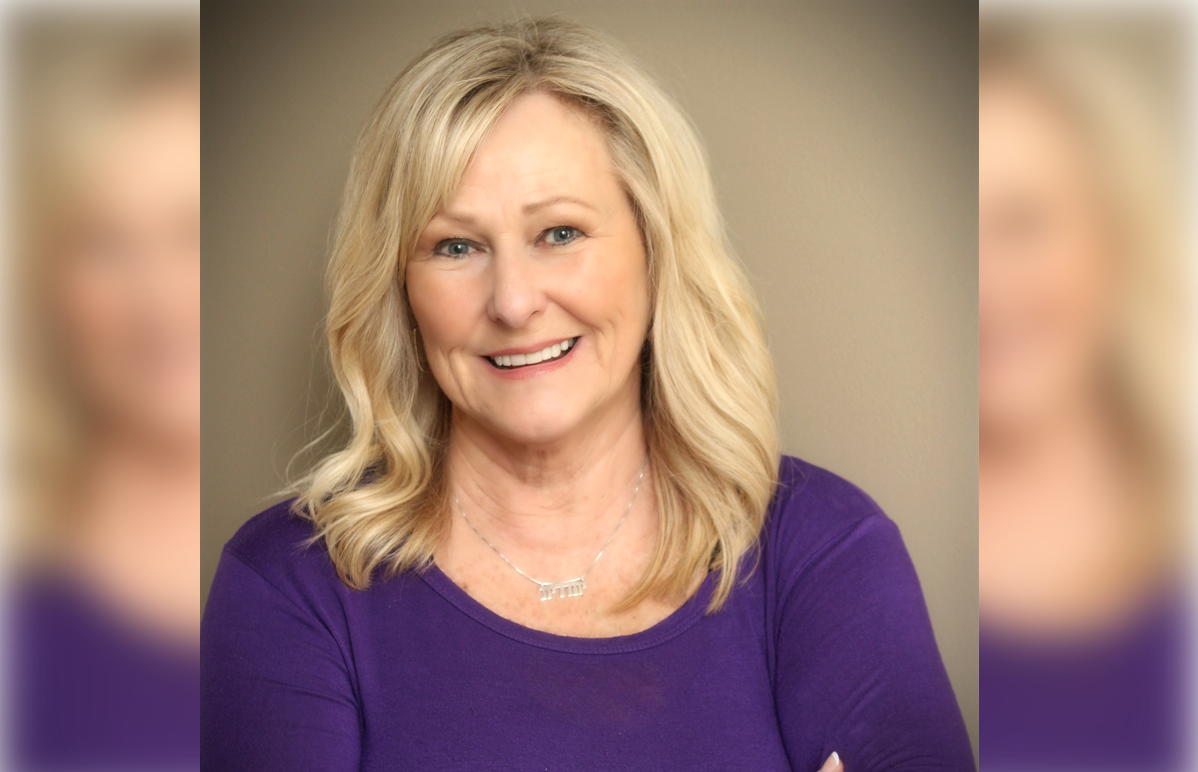 Coates just wishes the Liberals, as a whole, would recognize the contributions of travel agents and agencies, which generated $2.4 billion in revenue in 2019 (up from up 6.4 per cent from the previous year), according to Statistics Canada.

Gregory Luciani, president and CEO of TravelOnly, wonders if the trade can truly count on Trudeau for support if he’s re-elected.

“Fool me once shame on you, fool me twice shame on me,” Luciani said. “I don’t trust politicians, but I am hopeful any government would realize how important travel advisors have been to the overall economy and provide specific support as it comes as no surprise we were the first to be hurt and last to recover.”

Gedeon said Trudeau has been “fantastic” on his promises, but at the same time, he has lacked in providing a “fundamental ecosystem for the recovery of the travel industry as a whole.”

“It is not only travel advisors impacted,” Gedeon said, “It is also hotels, airlines, airports, etc…” 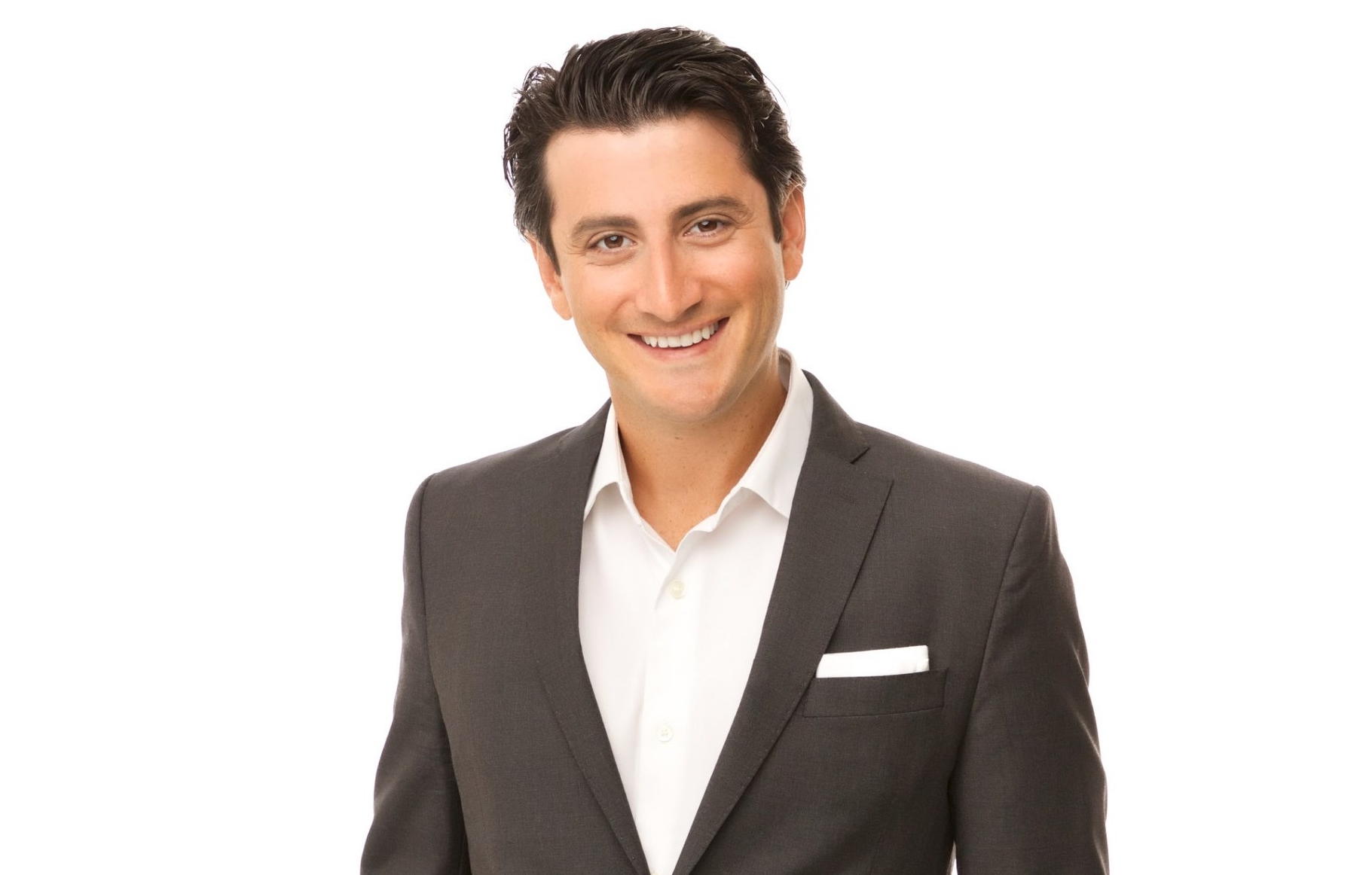 “While I appreciate the silo efforts of Trudeau, we need a holistic understanding of how to address the recovery of citizens that have been locked for the last 18 months, to address their mental and physical health.”

“We need a clear recovery plan with a defined reopening strategy.”

“We are, in essence, still shut down,” Gedeon said. “Yet no one seems to recognize that and put programs in place that will help ICs.”

One issue dominating this election is Trudeau’s call to make COVID-19 vaccines mandatory for federal public service workers, including those in the federally-regulated transportation sector. 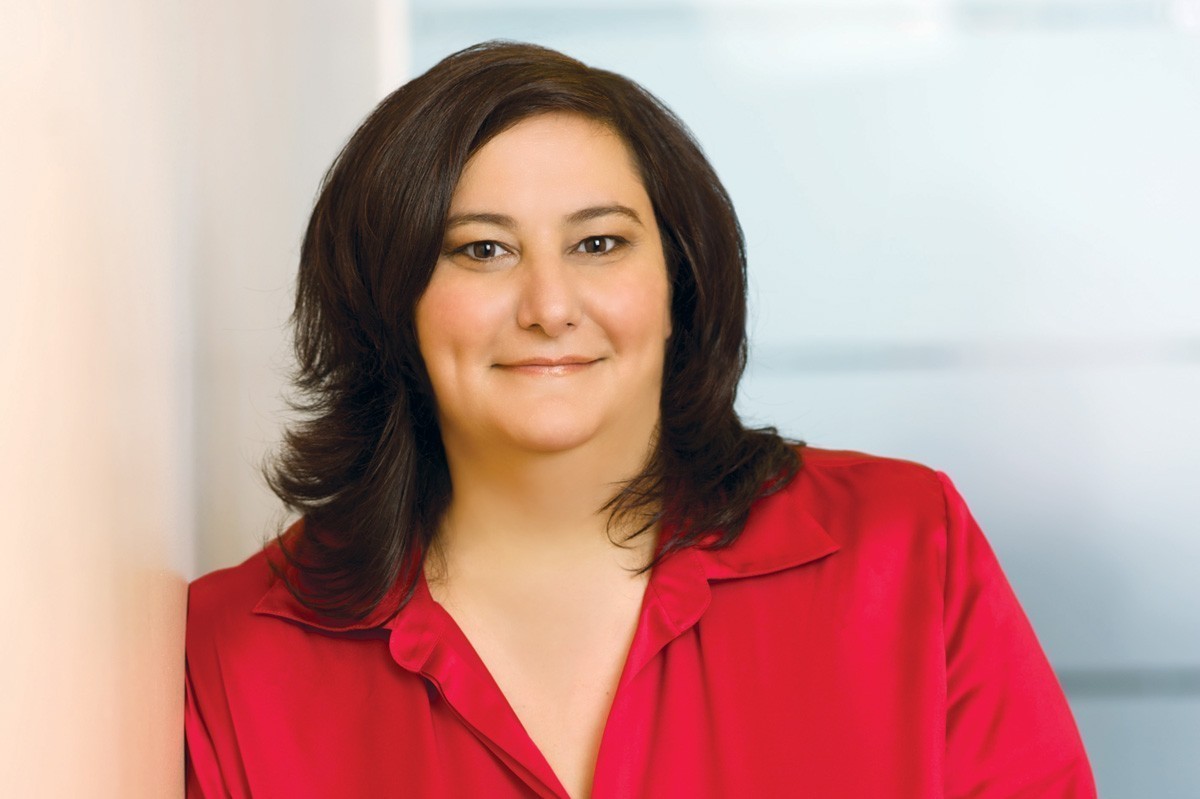 This policy, which the Liberals announced on Aug. 13, would take effect in October and also applies to all commercial air, train and cruise-ship passengers.

Trudeau has doubled down on supporting this proposal, especially in regards to making proof of vaccination a mandatory requirement for both domestic and international travel.

This week, the PM was asked if whether people without a medical reason for not getting their full series of shots will still be allowed to board a plane or train this fall.

And he said no.

“Canadians know that the way to get through this pandemic is for everyone to get vaccinated. So unless people have a medical exception, they will not be able to board a plane or a train in Canada if they are unvaccinated,” Trudeau said, as reported by Global News.

The Liberals have also outlined plans to launch an official vaccine certificate this fall that fully vaccinated Canadians can use for the purpose of resuming international travel.

Conservative Leader Erin O’Toole has rolled out a “recovery plan” that will “secure the future” with investments in wage and investment subsidies.

His platform includes hiring incentives for employers (offering at least 25 per cent and as much as 50 per cent of wages for six months) starting in October when the wage subsidy program ends. 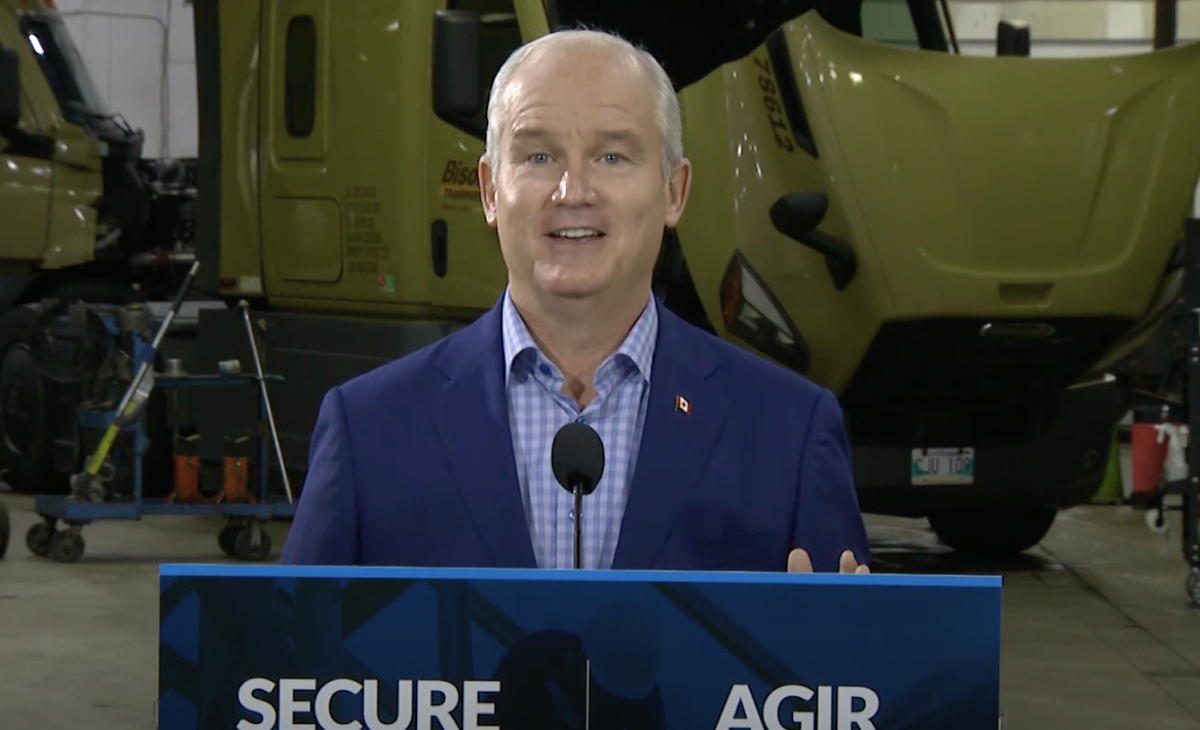 But it’s questionable how hiring benefits, right now, will help small businesses, like travel agencies – many of whom are down to $600 every two weeks on the CRB.

O’Toole said he’ll also provide loans of up to $200,000 to help small and medium-sized businesses in hospitality, retail and tourism with up to 25 per cent forgiven (it’s unclear if “tourism” includes agents).

To boost local tourism, O’Toole has promised a 15 per cent tax credit for travel within Canada and he’s pitched a “Dine and Discover Program” which will give Canadians a 50 per cent rebate on food and non-alcoholic drinks on select days.

Sector-specific support has yet to be seen, but it’s worth noting that O’Toole, last April, did make time to meet with independent travel advisors, with the help of ACITA, over Zoom.

“He was very understanding of the unique challenges we face,” ACITA’s Nancy Wilson of TravelOnly told PAX at the time.

O’Toole’s take on mandatory vaccinations, however, may polarize some.

He plans to take an “alternative” approach to mandatory vaccines by requiring unvaccinated Canadians to present a negative test result, or pass a rapid test, before boarding a plane, train or bus.

“I don’t believe this will serve or benefit the travel industry,” Luciani said. “It’s clear the rest of the world is moving towards mandatory vaccinations for travellers and Canada cannot be laggards on this policy.”

“We need a clear path to reopening travel and tourism fully and completely from all the parties.”

Gedeon agrees that O’Toole’s approach won’t help the industry as the world moves towards vaccine certificates and digital health credentials.

“We can’t afford to orphan Canada, from a travel point of view,” she said.

It’s up to individuals if they want to get vaccinated, she said, but proof of vaccination “seems to be a step in the right direction in the recovery roadmap for travel.”

“As we all know, mandatory vaccines are the only path forward to restoring travel,” James said. “And as all health experts, airlines and the business community have openly responded, vaccines should not be a personal choice when it comes down to health and safety requirements.” 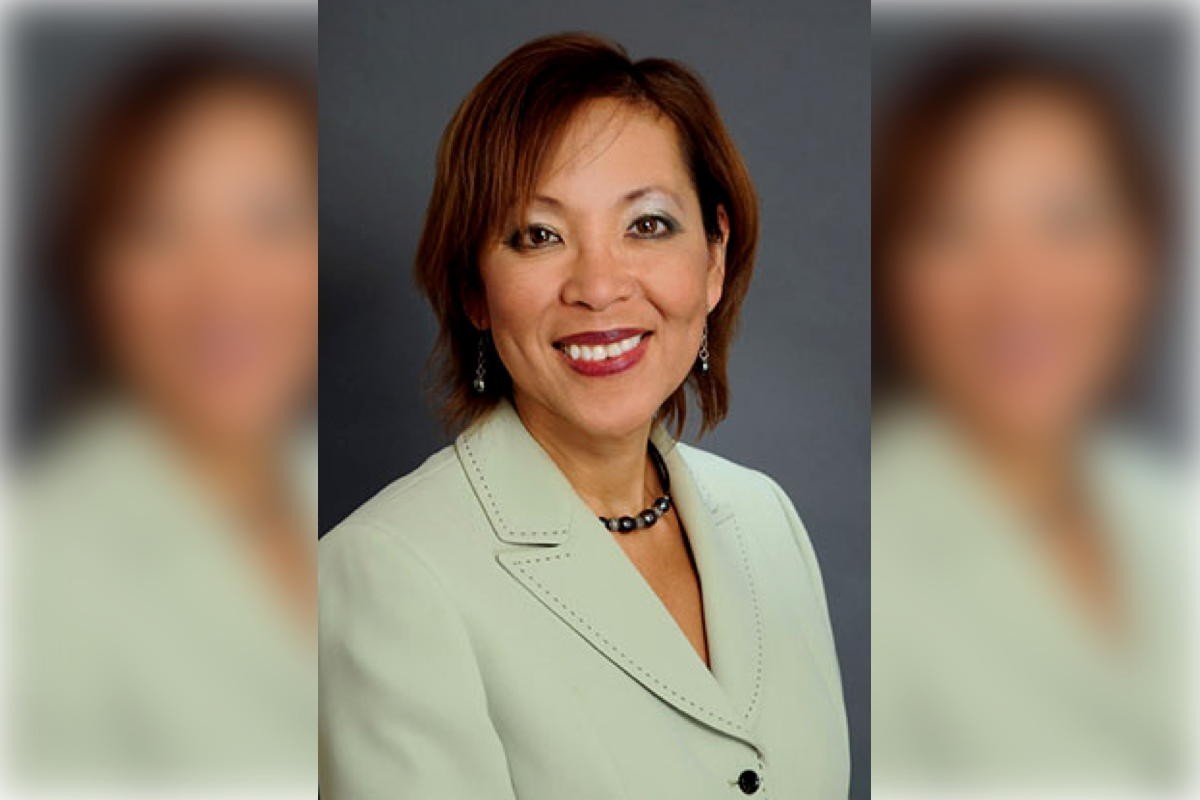 Still: “Rapid testing is not as accurate,” Prince said in regards to O’Toole’s plan. “It is wasteful and expensive for rapid testing to be considered a long-term solution.”

“Should the Liberal’s plan move forward, travel is a luxury, and for those unwilling to get their vaccinations, then I guess they can stay home.”

Travel advisor Kim Machan of Essence of Romance Travel said she isn’t swayed in one direction over another when it comes to mandatory vaccinations.

“I want the government to do what is recommended so our industry and people, in general, can start to move forward more freely,” Machan said.

Though charismatic, NDP Leader Jagmeet Singh’s plan this election is to win back some lost seats, as the Toronto Star reports.

Singh has vowed to continue the wage and rent subsidies until small businesses can reopen, introduce a hiring bonus to cover portions of EI and CPP benefits for new and rehired staff and cap credit card merchant fees at one per cent. 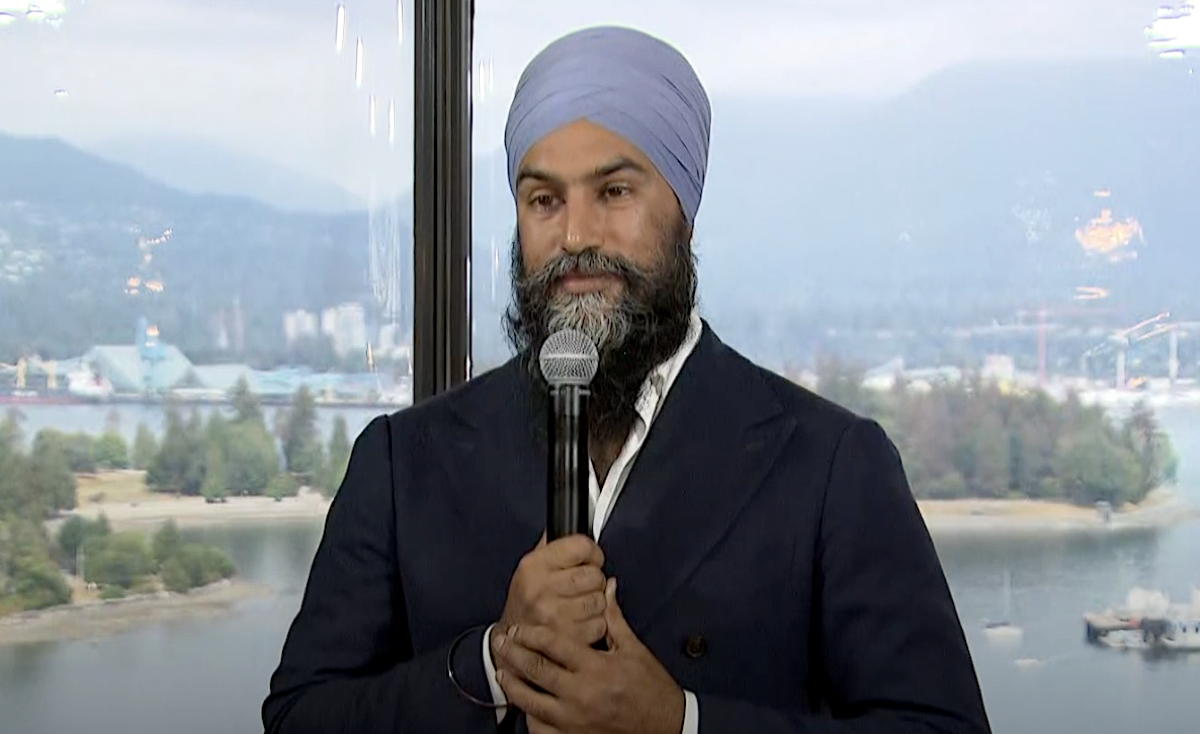 The NDP leader has been supportive of extending supports like the CRB and is in favour of mandatory vaccines for federal workers.

He has called for domestic vaccine passports and mandatory vaccine rules to be in place by Labour Day and has, notably, called out Trudeau for not providing a plan or timeline.

But she also stressed, again, that travel needs a reopening roadmap.

“Without it, we will continue to see companies consolidate their business or close shop, which will be a travesty to our industry,” she said.

Luciani expressed his respect for the NDP, and other parties, such as the Bloc Québécois and Green Party.

“I like Mr. Singh, Mr. [Yves-Francois] Blanchet and Ms. [Annamie] Paul,” Luciani said. “Unfortunately, the NDP's policies, like the Bloc's and Green's, don’t have viable paths to victory.”

However: “I do hope they all win enough seats to create a minority government,” he added.

Personally, Luciani would have preferred Canada not spend more than $600 million on an election.

“But that’s politics for you," he said. 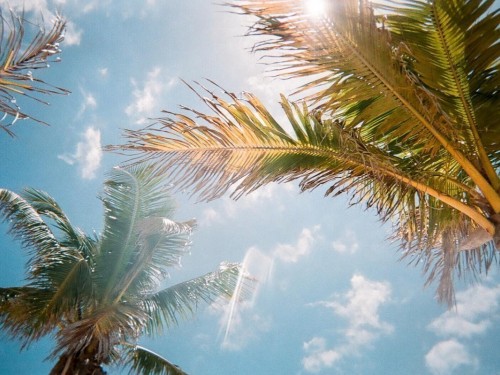