The Canada-U.S. border is reopening on June 22? Not true, U.S. officials say

While reports indicate that progress is being made in reopening the Canada-U.S. land border, the world’s longest international border isn’t reopening next month, U.S. officials say, denying claims that the border could reopen on June 22.

On Wednesday (May 26), an immigration lawyer based in Blaine, Wash. named Len Saunders told media that meetings had been held in Washington, D.C., earlier that week, and officials from the Peace Arch port of entry were involved.

Speaking to Global News, Saunders said the details from that meeting, based on what he was told, were that the U.S. border with Canada will be “fully reopening,” on June 22, in just over three weeks.

But U.S. government sources afterwards told Global that this claim is untrue.

On Thursday (May 27), White House press secretary Jen Psaki told media that she was not aware of any decisions on reopening the border next month.

Psaki’s statement clarifies claims in story published by a community newspaper called the All Point Bulletin, based in Point Roberts, Wash, that cited anonymous sources from U.S. Customs and Border Protection saying that the closure would end by June 22.

Canada and the U.S. recently agreed to extend its ban on non-essential travel at the land border until June 21. The order has been in place since March 2020.

“I don’t think a decision has been made, that I’m aware of, about what would happen after that,” Psaki told reporters on Thursday.

Prime Minister Justin Trudeau has not yet provided a specific date for reopening the border and has yet to comment on the latest claims.

The only details the PM has provided, so far, is that coronavirus cases need to be down and more than 75 per cent of Canadians need to be vaccinated before land restrictions with the U.S. ease up.

“We are not yet out of this third wave,” Trudeau told reporters on May 18. “We know there are still real concerns around transmission of the virus, but we will continue to work with our partners and hopefully get to a better place when the time is appropriate.”

Trudeau, in his remarks, did not clarify if being vaccinated meant having one or two full doses. 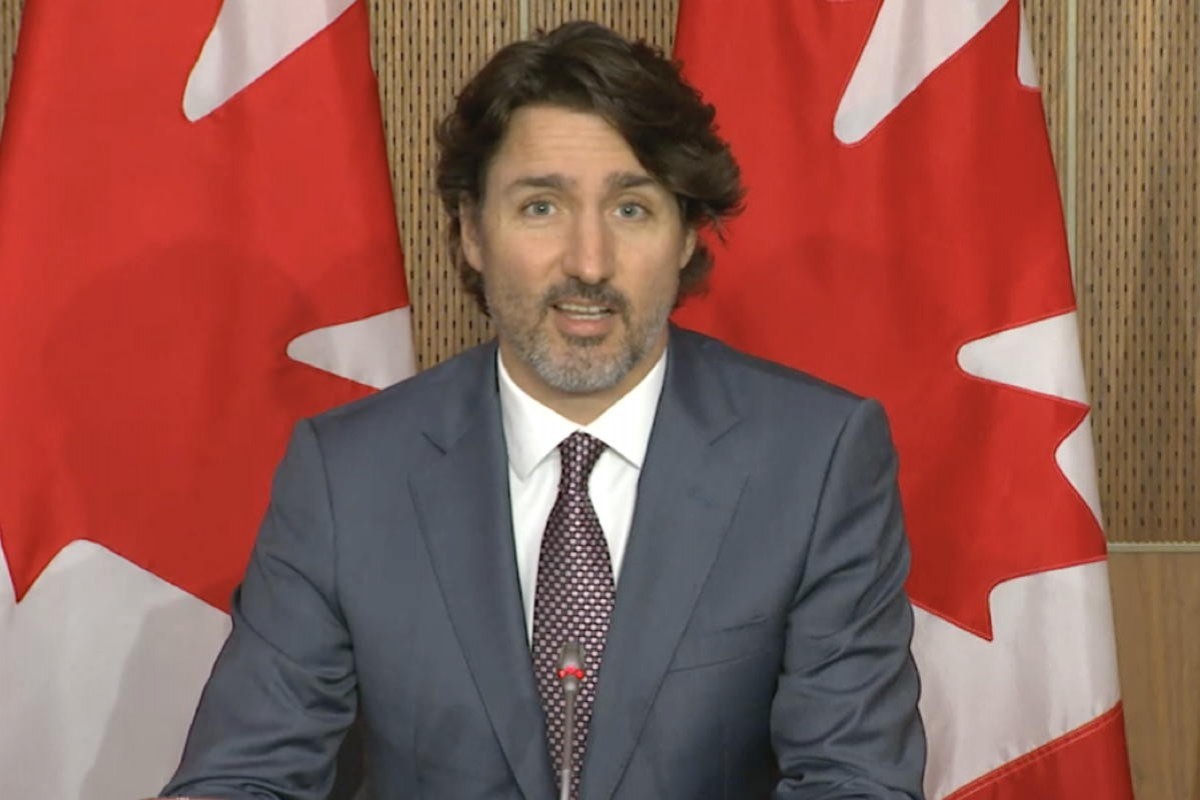 As of Thursday, 54.039% of the Canadian population had received at least one dose of a COVID-19 vaccine.

Meanwhile, pressure to unveil a plan for reopening the border is heating up within Trudeau’s own Liberal caucus.

MP Wayne Easter, who chairs the House of Commons finance committee, told POLITICO on Thursday that the government must present a reopening plan soon.

“As you get into July 1, Canada Day, and July 4, Independence Day, then those target dates are real pressure points for wanting to be normalized,” Easter told the news outlet.  “The heat’s on, and I think we absolutely must have a plan.”

While nothing is set in stone yet, other reports from Bloomberg and CBC have indicated that work on reopening the border has, indeed, begun and that officials are exploring a framework for lifting some rules for vaccinated travellers.

A “two-track system” in which quarantine and testing requirements would relax for vaxxed travellers is currently being looked at, according to inside sources Bloomberg spoke with recently.

While non-essential traffic at the land border is prohibited, the flow of essential goods and services, essential workers and others who meet certain requirements are allowed to cross.

While the land border is closed, Canadians are still able to fly to the U.S. due to a well-known loophole in the system.