WestJet schools the National Post in “the truth about flight prices”

WestJet is speaking out in response to an opinion piece that ran in the National Post last week about how domestic travel is “silly expensive" and that Canada's airline industry should be opened to foreign competition.

Author Sabrina Maddeaux, in her Oct. 20 article, argued that increasing competition wouldn’t just save consumers money on flights, it could also lessen the need for taxpayer-funded support of the hard-hit tourism and hospitality sectors.

Canada’s two biggest airlines, Air Canada and WestJet, “maintain this unhealthy level of dominance thanks to federal rules that bar international carriers from competing in the domestic market,” Maddeaux wrote. “The result? Excessively high prices that actively discourage tourism within our own borders and make travelling between Canadian locales a luxury when doing so should be the norm.”

In response to the piece, WestJet issued a statement on Oct. 22 to present another side to the argument.

The airline begins by stating that before it started flying 25 years ago, only 18 per cent of Canadian adults travelled by air.

“Today, 50 per cent of Canadians travel by air, while over the same period, average airfares have declined by 45 per cent,” WestJet said.

WestJet later expanded into smaller communities through WestJet Encore where on average, in city after city, “fares fell by 30 per cent or more while traffic increased anywhere from 50 to 70 per cent.”

WestJet also said the average fares today are “lower than they were in pre-pandemic October 2019.”

“We currently have more than one million seats available for sale to travel within our network with base fares under $100,” the airline said.  “This demonstrates that base fare pricing is only part of the story when addressing air fares.”

Then there's Nav Canada, Canada’s air navigation service provider, which announced a 29.5 per cent fee hike to airlines during the COVID-19 pandemic.

“Just about every major airport in Canada increased their airport improvement fees (AIF) by anywhere from 30 to 52 per cent,” WestJet said, noting how Winnipeg Airport Authority raised their AIF from $25 to $38.

This is an issue that Air Canada president and CEO Michael Rousseau also touched on at a recent speaking engagement hosted by Canadian Club Toronto on Oct 7.

“Canada is an outlier among developed countries in terms of the extent it relies on users to pay the costs of the air transport system,” Rousseau said. “COVID exposed the shortcoming of this model. Once a user disappears, the infrastructure came under immediate pressure.” 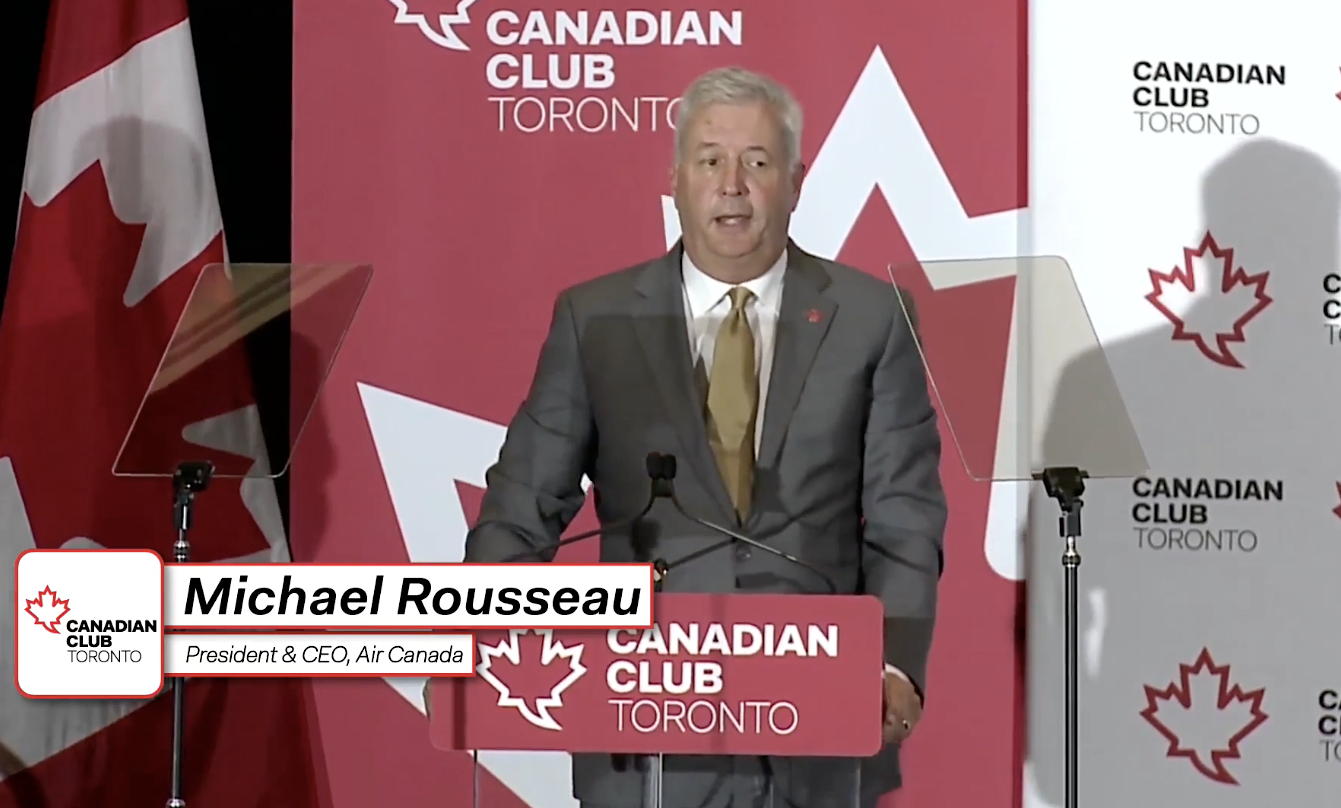 This led to airport debt payment deferrals and higher fees for navigation, he said, causing airport improvement fees to increase at most Canadian airports.

“These and other costs, such as airport rents and city taxes, reduce competitiveness and could hinder our recovery,” Rousseau said. “No country charges these fees to the same extent as Canada.”

“Governments must realize that the air transport infrastructure supports the entire economy and benefits everybody. Not just people flying.”

While base fares fluctuate to accommodate supply and demand, third-party fees are structured as fixed charges and applied to all tickets despite weak or strong demand, WestJet also pointed out.

This can, in turn, impact the affordability of air travel in Canada.

“Let’s be clear – those countries have, respectively, population densities that are 9, 4.5 and 27.5 times higher than Canada’s,” WestJet said. “When we live in a country that is the second largest in the world by area, it’s more expensive to cover 100 kilometres.”

If Canada were to allow foreign carriers to “come in and cherry pick” what they believe to be the most lucrative routes, only Toronto, Montreal, Calgary and Vancouver would benefit, leaving “dozens of smaller communities cut off from connectivity to major cities,” WestJet said.

“WestJet alone serves almost 40 communities in Canada and many others are served by other airlines. We would not see foreign carriers in Grande Prairie, Deer Lake, Sydney, or Kamloops to name but a few,” the airline wrote.

In addition to lowering fares, WestJet noted how it also launched ultra-low-cost carrier Swoop as an affordable option for domestic (and international) travel.

“While we continue to drive air fares lower, the taxes and fees associated with air travel have only gone up.,” WestJet wrote. “We believe this points very clearly to where we need to start.”