The future is fast at United Airlines, which, on Thursday (June 3), announced that it has ordered 15 brand-new supersonic jets from startup company Boom Technology.

The high-tech aircraft are expected to significantly reduce travel times in the years to come – Colorado-based Boom says its airplanes reach speeds that are “twice as fast” as today’s passenger jets.

The “Overture” aircraft is expected to travel at speeds of Mach 1.7 (about 2,100 kilometres per hour), allowing for it to fly from New York City to London in about 3.5 hours (instead of 6.5 hours).

The jets have not yet been built or certified. However, Boom hopes the net-zero carbon planes will be ready to fly commercially by 2029.

“The world’s first order of net-zero carbon supersonic aircraft marks a significant step toward our mission to create a more accessible world,” said Blake Scholl, CEO of Boom, in a release. “At speeds twice as fast, United passengers will experience all the advantages of life lived in person, from deeper, more productive business relationships to longer, more relaxing vacations to far-off destinations.”

The airline will then have an option to buy 35 more aircraft, which will fly on 100 per cent sustainable aviation fuel.

“United continues on its trajectory to build a more innovative, sustainable airline and today’s advancements in technology are making it more viable for that to include supersonic planes,” said United CEO Scott Kirby in a statement. “Boom’s vision for the future of commercial aviation, combined with the industry’s most robust route network in the world, will give business and leisure travellers access to a stellar flight experience.” 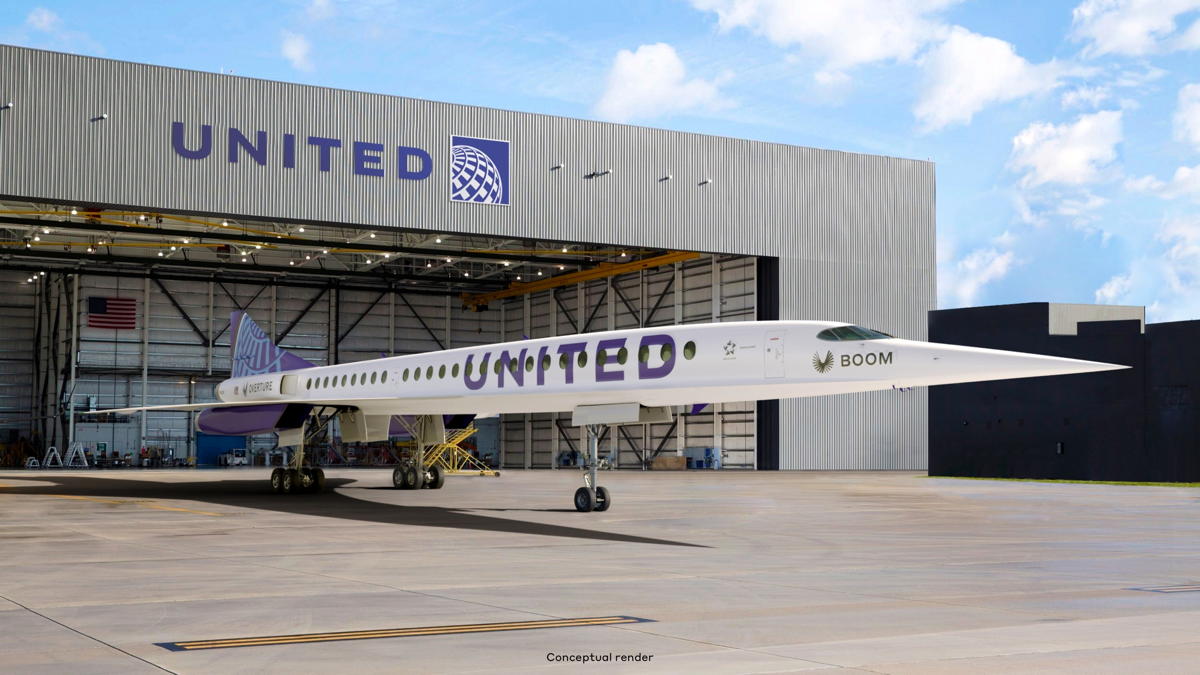 “Our mission has always been about connecting people and now working with Boom, we’ll be able to do that on an even greater scale.”

The news makes United the first airline to operate supersonic flights since the days of the Concorde, which flew for a quarter of a century until it was discontinued in 2003.

United says it plans are to use the new jets for ocean-crossing flights out of New Jersey and San Francisco to start.

Boom's Overture has 65 to 88 seats, which will be initially priced at business class fares, Reuters reports.