According to the J.D. Power’s 2021 North America Airport Satisfaction Study, which was released on Wednesday (Sept. 22), weekly airline passenger volumes now reaching 75 per cent (or more) of pre-pandemic levels.

As such: “Travellers have officially come back to North American airports,” the survey reads.

The survey puts airport service under a microscope and, as expected, more air travellers today are not happy to see their food, beverage and retail options still limited at terminals as facilities struggle with labour shortages.

Out of a list of nearly two dozen “mega” airports, Pearson came in second last coming just ahead of Chicago O’Hare International.

Miami International Airport ranked highest in passenger satisfaction among mega airports with a score of 828. 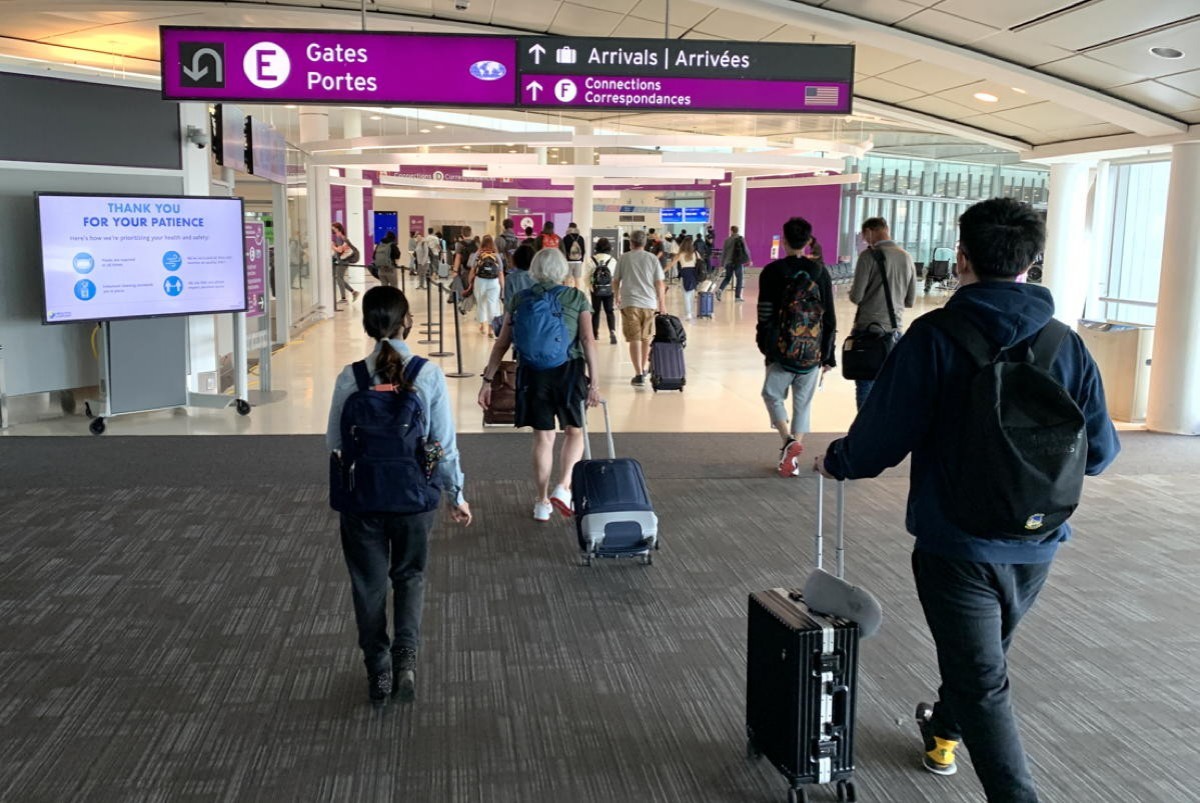 “While airports have maintained historically strong customer satisfaction scores throughout the pandemic, reaching an overall record high of 802 (on a 1,000-point scale) this year, the combination of steadily rising passenger volumes and shuttered coffee shops and eateries has caused satisfaction scores to decline significantly through the second and third quarters of 2021 (last half of the study),” the study reads.

“But as leisure travel rebounded sharply throughout the spring and summer of 2021, we saw an expected downturn in satisfaction,” Taylor said.

“Ultimately, the data conveys changing expectations among travellers. Early in the pandemic, passengers were satisfied with any shop or restaurant being open, but they now expect full service at the airport.”

The "keys that turn" good service

Food, beverage and retail services are “the keys that turn” a good airport experience into a great experience, the study says, and the effects of labour shortages throughout North America have resulted in several airport dining and retail locations closing.

“…but completion of those construction projects usually leads to significant improvement in satisfaction scores," the study says.

All of these things considered, it seems YYZ hasn’t able to please everyone over the past year.

“It’s been a tough year,” Mr. Taylor told CP. “There’s been a tremendous amount of operational challenges based on COVID procedures at Toronto.”

Now in its 16th year, J.D. Power’s study is based on 13,225 completed surveys from U.S. or Canadian residents who traveled through at least one U.S. or Canadian airport and covers both departure and arrival experiences (including connecting airports) during the past 30 days.

Travellers evaluated either a departing or arriving airport from their round-trip experience. The study was conducted from August 2020 through July 2021.