Air France, on Wednesday (Sept. 29), took delivery of its first Airbus A220-300, the company’s "latest jewel" in the fleet on its short and medium-haul network.

Since introducing the Airbus A350 on its long-haul network, the company is continuing its fleet renewal and by 2025 will have integrated the 60 A220-300s ordered in 2019 to gradually replace its Airbus A318s and A319s as well as several Airbus A320s.

This order – the largest from a European customer – includes an additional mix of 30 options and 30 purchase rights. 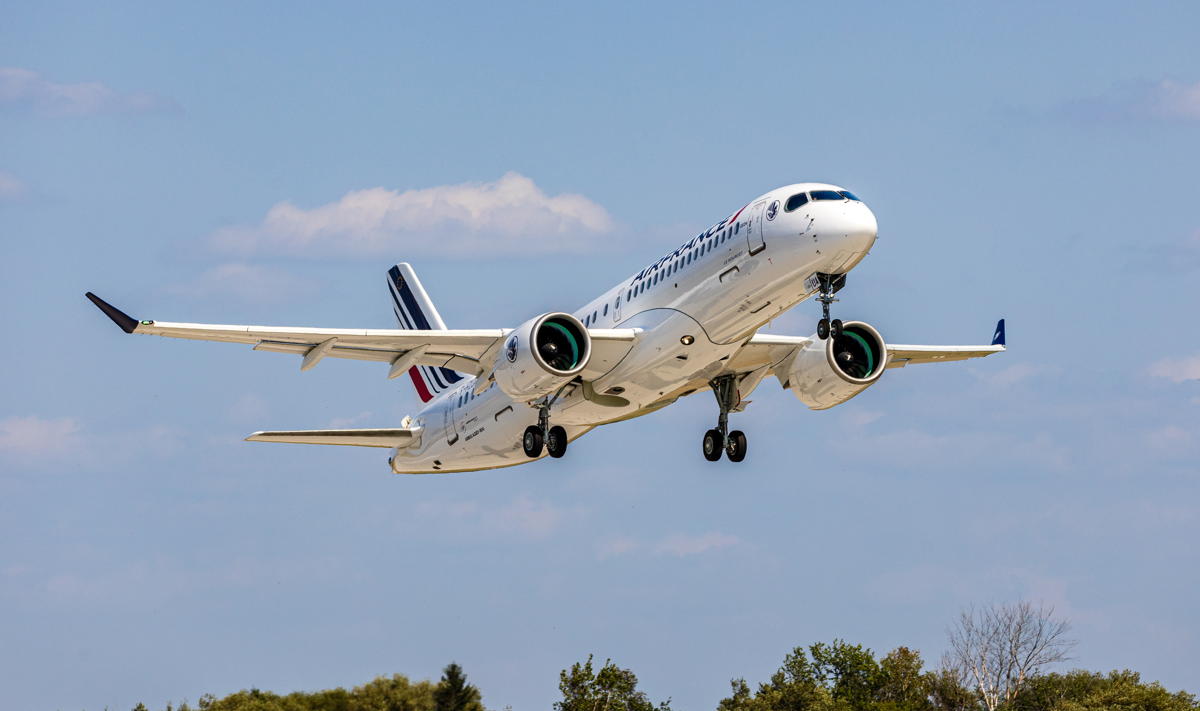 “This new aircraft with an unparalleled energy performance represents a major asset for Air France. To date, fleet renewal is the main source of reducing CO2 emissions, and this is why we are continuing to invest in latest-generation aircraft. We are also activating all the levers at our disposal such as sustainable fuels or eco-piloting, as part of our contribution to promoting a carbon-neutral air transport industry and positioning ourselves as a leading player of a more sustainable aviation," said Benjamin Smith, CEO of Air France-KLM.

Added Anne Rigail, CEO of Air France: “The arrival of a new aircraft is always a special occasion for an airline. All the Air France teams have spent over two years preparing for this moment and we are excited to see our customers discover the optimal comfort offered by this aircraft. The cabin is more spacious, brighter, and offers full Wi-Fi-connectivity, further contributing to the upmarket positioning of our offer.”

Named "Le Bourget" in homage to the town north of Paris which is deeply linked to the aviation industry, the aircraft sports the emblematic Air France livery.

It also features the winged seahorse on the front of its fuselage and on its wingtips, the symbol embodying the company's founding myth. 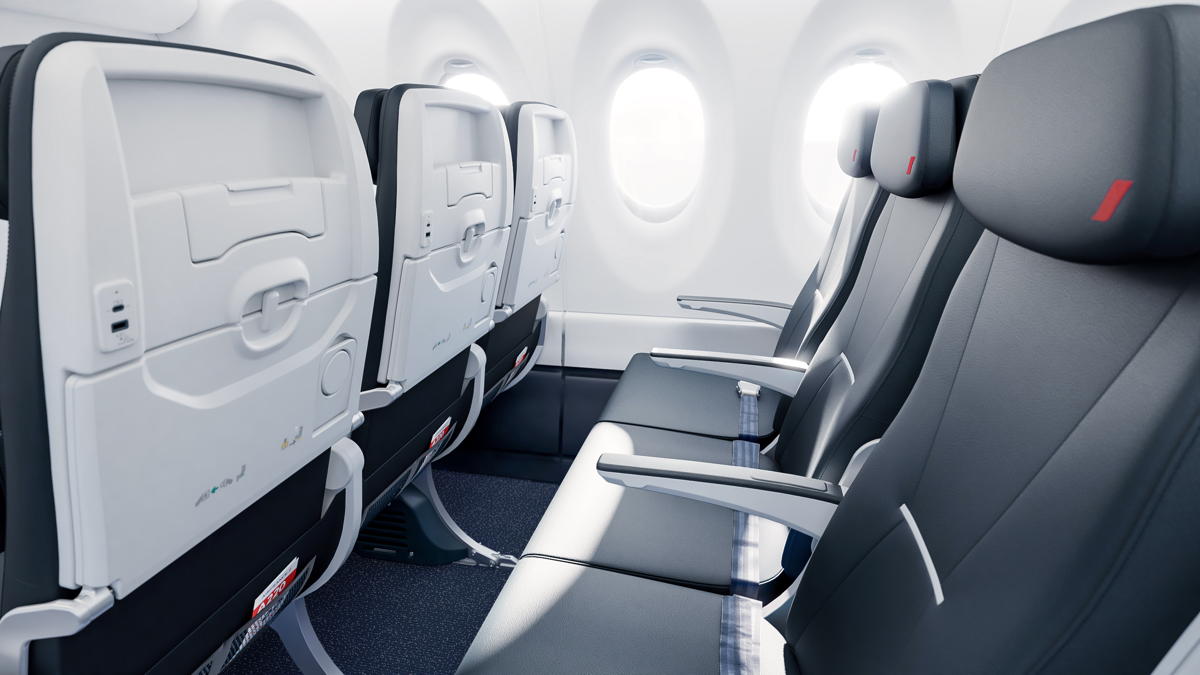 During the 2021-2022 winter season, the aircraft will gradually extend its network to Bologna, Rome (Italy), Lisbon (Portugal) and Copenhagen (Denmark).

The most innovative and efficient single-aisle aircraft in its class, the Airbus A220-300 is suited to Air France's short and medium-haul network.

It provides a cost reduction per seat of 10% compared to the Airbus A318 and A319 and stands out for its energy efficiency, consuming 20 per cent less fuel than the aircraft it replaces and its CO2 emissions are also reduced by 20 per cent. 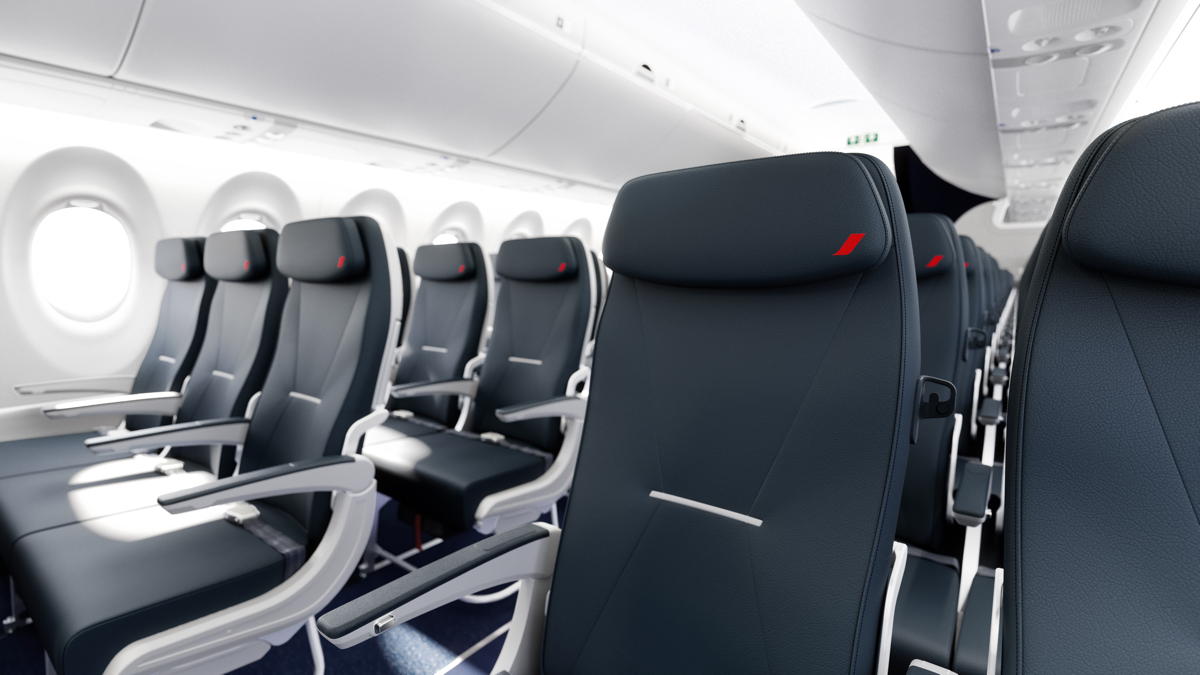 Its noise footprint is also 34 per cent lower.

"These characteristics will play a decisive role in reducing Air France's environmental footprint and achieving its sustainable development objectives," the airline said on Wednesday.

By 2030, the airline will have reduced its overall CO2 emissions per passenger/km by 50 per cent compared to 2005, or 15 per cent in absolute terms. 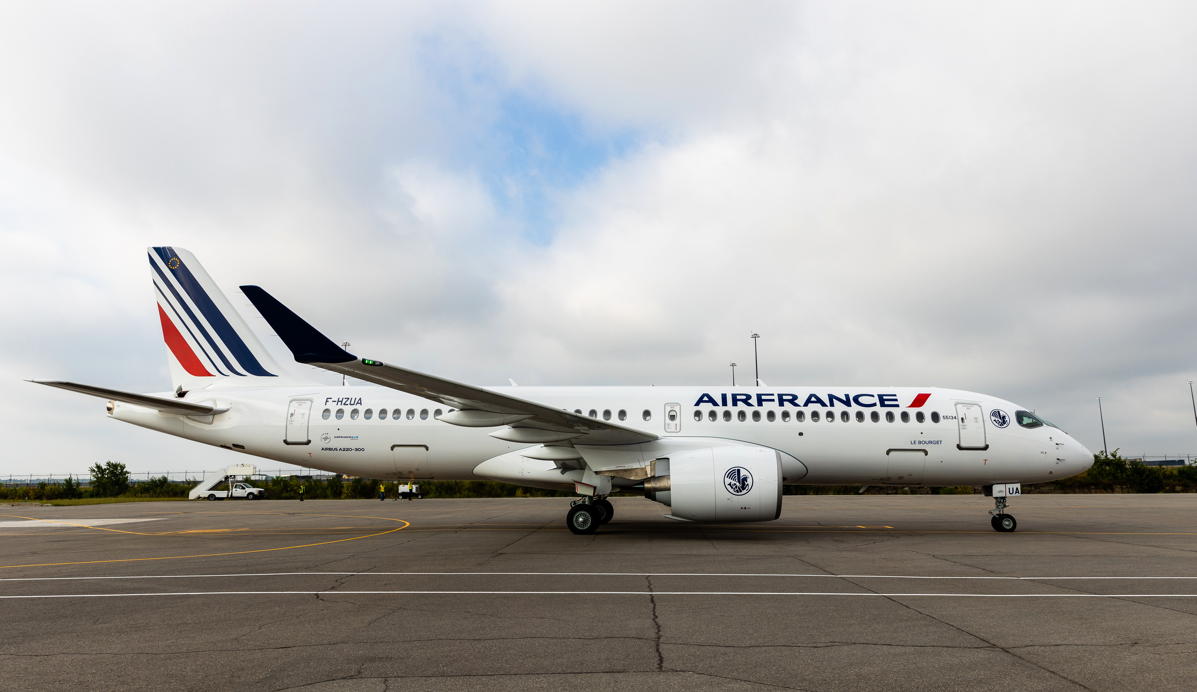 Air France said it is also committed to working with all its stakeholders and the public authorities to achieve the climate target of zero net CO2 emissions by 2050.

The Air France Airbus A220-300 has 148 seats, in a 3-2 seat configuration (five seats across) offering 80 per cent of customers a window or aisle seat. 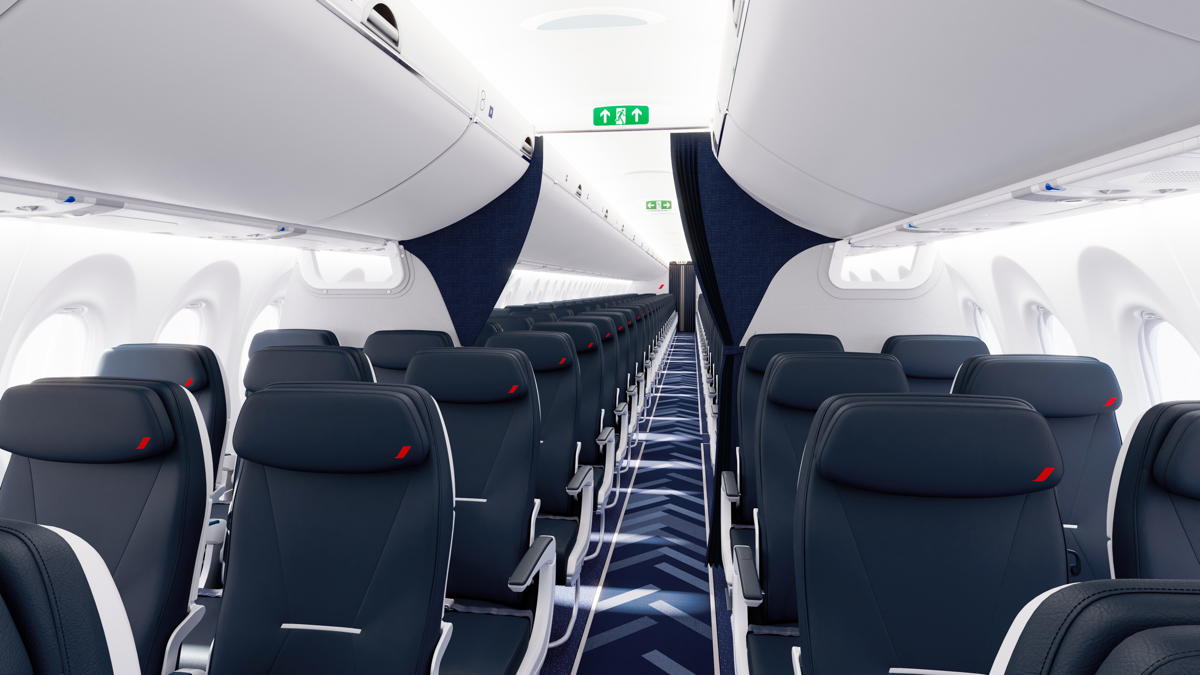 The seat is the widest on the market (48 cm). It reclines to 118 degrees and has an adjustable headrest, leather upholstery and an ergonomic seat cushion for enhanced comfort.

A wide solid tray table, cup holder, a pouch for storing magazines and books, individual USB A and C ports and tablet or smartphone holder integrated into the backrest complete the package.

The cabin, the most spacious and brightest in its category, is decorated in the Air France signature colours of blue, white and red. 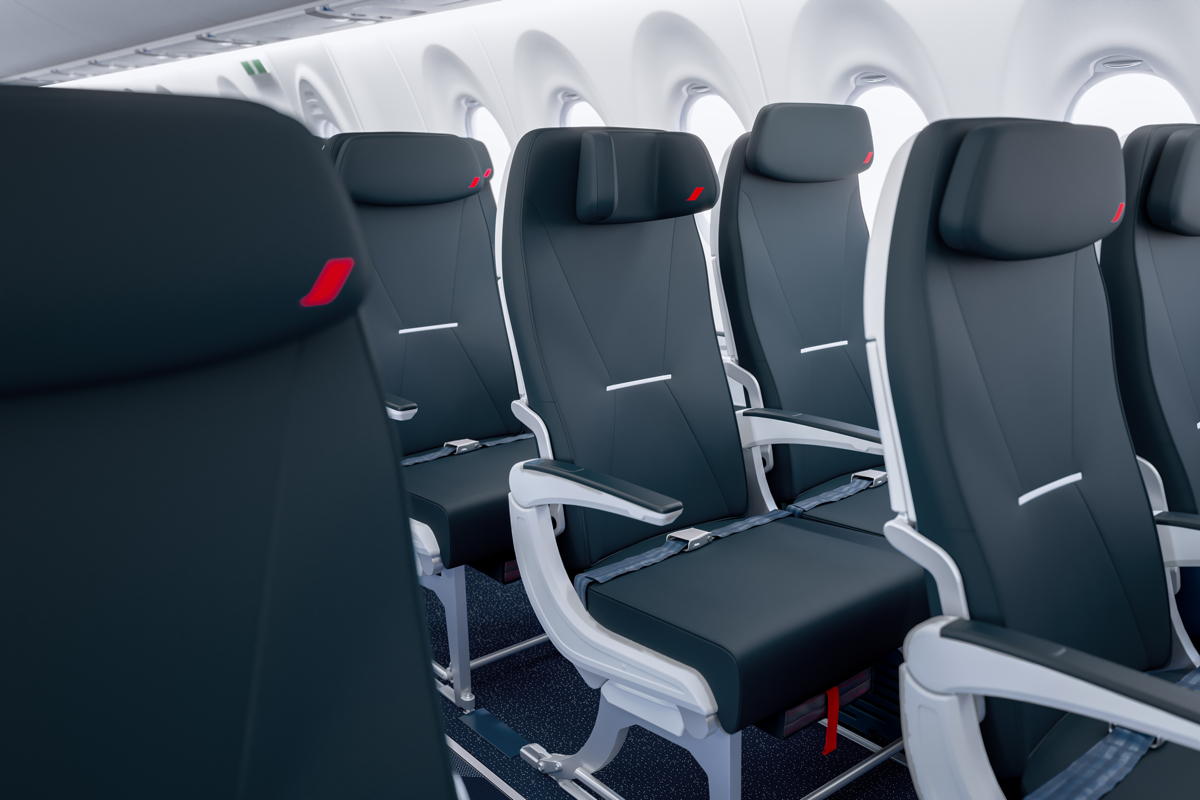 Large panoramic windows provide natural light for the duration of the trip.

From boarding to landing, specially-adapted cabin mood lighting settings create bright, dynamic lighting for the welcome and disembarkation phases and softer lighting for a more relaxed, serene atmosphere during the flight.

The spacious baggage racks are easy to access. The central aisle is particularly wide, allowing customers to move about at ease.

Finally, as on the entire Air France fleet, the air in the cabin is renewed every three minutes thanks to a HEPA (High Efficiency Particulate Air)-type filter air recycling system that eliminates 99.9 per cent of particles and viruses