Quebec-based airline OWG (which stands for “Off We Go”) has temporarily suspended flights to Cuba due to drops in demand stemming from Canada’s new measures aimed at discouraging non-essential air travel.

OWG is a subsidiary of Nolinor Aviation, a Canadian airline based in Quebec that was announced in July.

The news comes just after OWG completed its first round of flights to Cuba, which began in late December, in “what have sometimes been difficult conditions,” the airline said in a Jan. 25 statement.

“We’re happy to have finished this first series of flights,” wrote OWG President Marco Prud’homme. “Launching a new connection in the middle of a pandemic has its difficulties, but despite a few irritants that we had to solve at the very start, we’ve achieved a 94% level of passenger satisfaction. Travelers obviously appreciated the HIGH LOVE experience they found on our flights.”

OWG says it expects to resume its activities in the coming weeks.

READ MORE: "We have to face up to the current situation": OWG postpones launch

The company’s launch included a strategic alliance with Hola Sun Holidays (and sister company Caribe Sol in Quebec) to offer direct and dedicated flights to Cuba on board modern Boeing 737-400s. 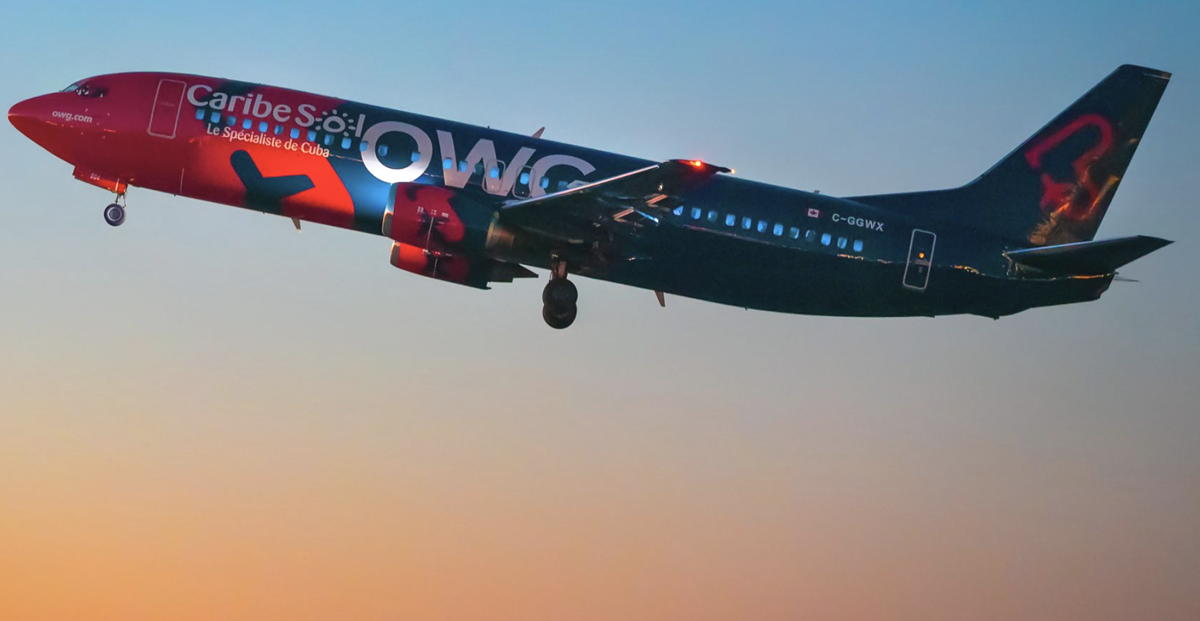 The original plan was to offer links from Montreal and Toronto to Cuba starting in November, but that was postponed to December due to pandemic-related challenges and travel restrictions.

The times that OWG did fly over these past few weeks gave the company an opportunity to monitor customer satisfaction “very closely,” the airline said.

“After every flight, an assessment is made to quickly determine anything that needs special attention. Every member of the OWG team, from flight attendants to the President, reads every comment religiously in order to gauge travellers’ level of satisfaction,” the company stated.

The OWG team says it has already chosen a few improvements to make to the in-flight experience and will work on them while waiting for flights to resume.

“We were able to test a number of aspects of our in-flight experience during this first series. Our in-flight crew delivered a unique experience and, based on the level of traveller satisfaction, we came out winners when we gambled on our HIGH LOVE in-flight experience,” stated Oliver Tomczak, OWG’s Director of Commercial Operations. “We’ll use this shutdown period to perfect this experience.”