Just as the travel industry was starting to get a handle on PCR testing, Ottawa, now, is reportedly going to introduce even stricter travel rules as part of a perceived effort to keep Canadians home amid the COVID-19 pandemic.

A formal announcement on the subject is imminent, reports Radio-Canada.

“There is no doubt that the quarantine measures and the question of screening tests on arrival, for example, will be greatly strengthened," Intergovernmental Affairs Minister Dominic LeBlanc said Friday (Jan 22) in an interview with the French morning show Tout un matin.

“We can centralize where the planes arrive, prevent charters from arriving in Quebec or Halifax,” he added.

The topic was reportedly discussed Thursday (Jan. 21) at a meeting between federal officials and provincial premiers.

All eyes on Ottawa

Prime Minister Justin Trudeau has previously said that he is open to tightening the screws on travel rules as COVID-19 variants begin to circulate around the globe.

Later in the morning on Friday, he said that his government is considering measures that may include making quarantining at a hotel mandatory for travellers.

Trudeau referenced his own words of warning that Canada’s travel restrictions could change at any time and without warning.

“These measures will make it more difficult for Canadians to come home after a trip,” Trudeau told reporters.

The Prime Minister said he would have more to share about travel restrictions in the coming days.

On Jan 15, Trudeau said his government is looking at banning certain flights, “if necessary,” to protect Canadians as new coronavirus variants emerge. 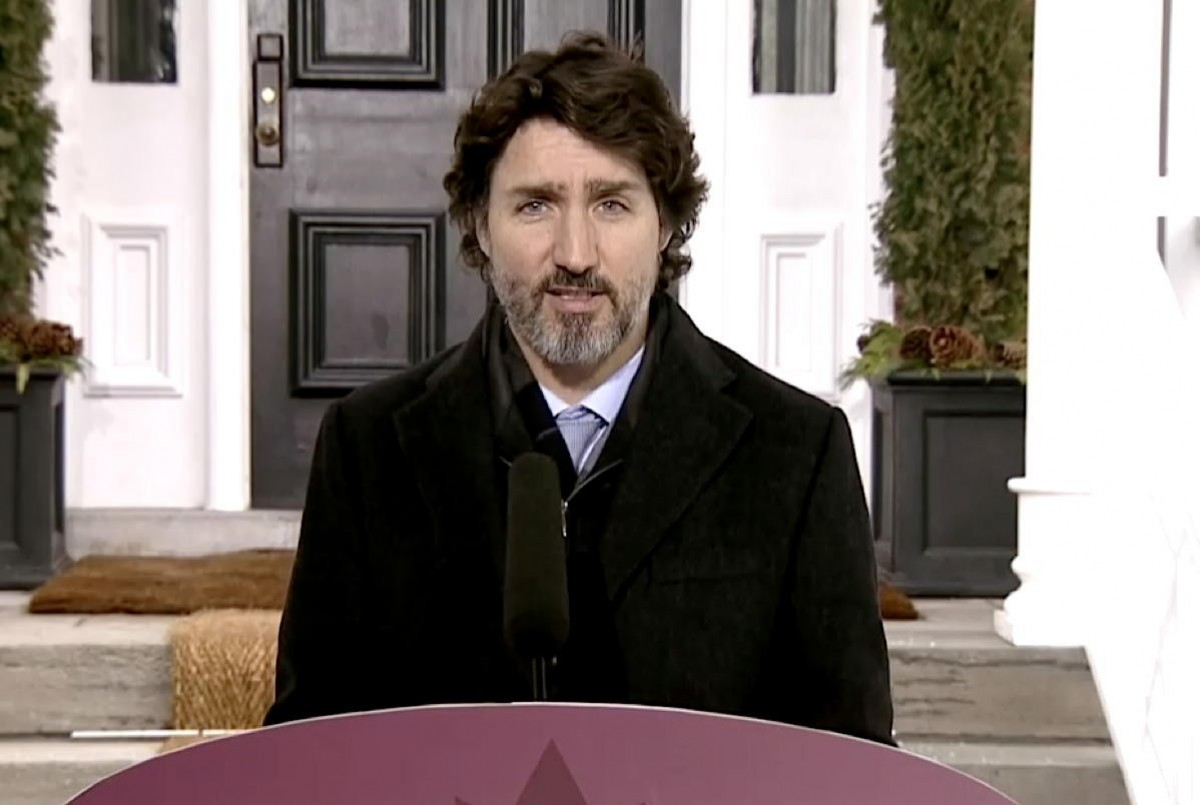 In regards to restrictions on international flights, Trudeau said he is “always open to strengthening them as necessary,” leaving the door open to a full-on travel ban.

Earlier this month, a survey by Leger and the Association for Canadian Studies found that 87 per cent of respondents said they would support a ban on international travel until COVID-19 case counts are lower.

Quebec Premier François Legault has been a vocal supporter of banning non-essential travel, taking issue with Canadians who are flying south to all-inclusive resorts during the pandemic.

As such, Premier Legault has called on Trudeau to ban all international travel.

Canada has already tightened its travel restrictions with the introduction of a pre-departure testing rule that requires all international passengers entering Canada to have a negative PCR test taken 72 hours prior to arrival.