Transport Minister Omar Alghabra appeared on CBC’s radio show The Current on Tuesday (Dec. 7) to discuss Canada’s new suite of travel restrictions that are aimed at preventing the spread of the newly-discovered Omicron COVID-19 variant.

Speaking to host Matt Galloway, Minister Alghabra fielded questions about Ottawa’s decision to test all air passengers coming from foreign destinations, other than the United States, at the airport or at home, as well as the new testing and quarantine rules for travellers returning from 10 countries in Africa.

While there's evidence of community transmission of the Omicron variant in the United States, the U.S. is still exempt when it comes to mandatory on-arrival testing in Canada.

But Alghabra suggested this policy could change – and soon.

“We are always monitoring and ready to adjust our measures,” Alghabra told Galloway. “…these health measures at the borders are bound to change, maybe at any moment.”

Alghabra reminded listeners that Canada already has health measures in place at the border for travellers coming from the U.S. He said they still need to get a pre-arrival PCR test and need to be fully vaccinated, for example.

“They still may get tested,” Alghabra said, noting that the government has “random mandatory testing” in place for all arrivals form the U.S., accounting for “20 percent of travellers.” 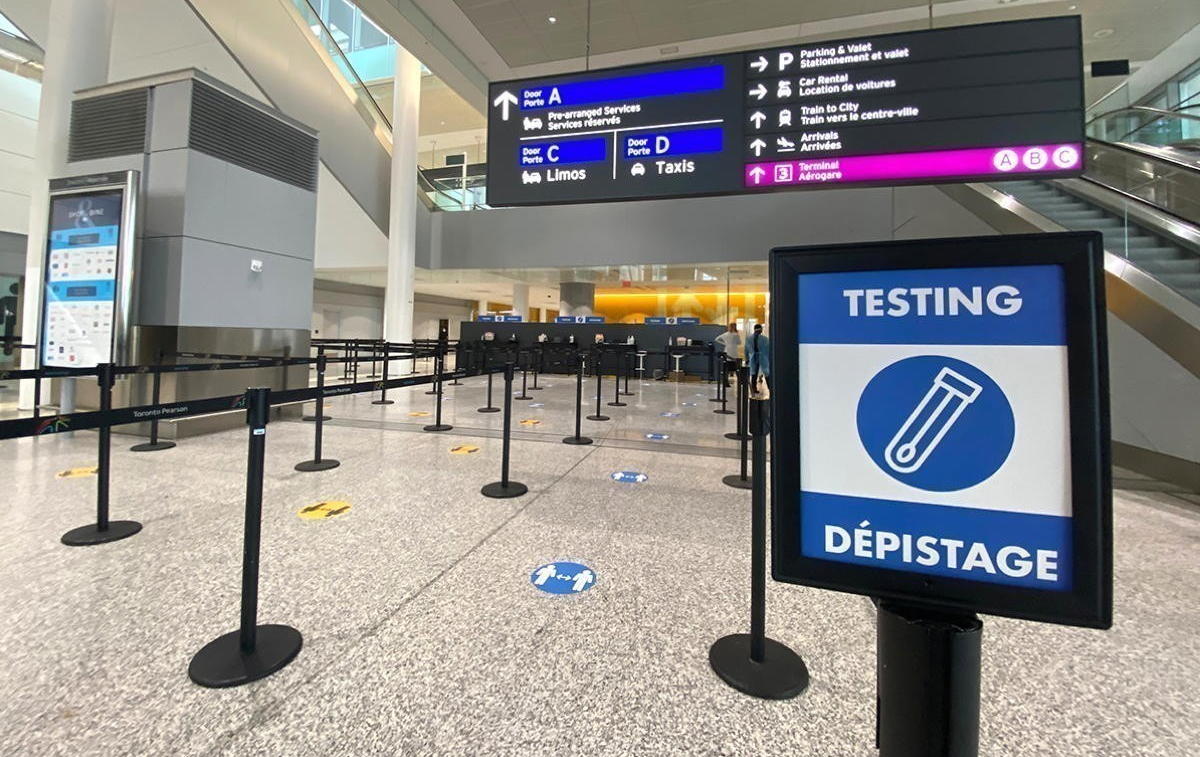 As to why the U.S. is exempt from on-arrival testing, Alghabra said the government’s “familiarity with the United States testing system and detection system is higher than any other country given our integration of our economies, and we're in regular contact with scientists in the United States.”

Ottawa’s Nov. 30 announcement about its intention to test air passengers at the airport for COVID-19, on arrival, caused a wave of confusion among both travel agents and consumers.

READ MORE: All air travellers (except those from the U.S.) will have to undergo testing at airport on arrival in Canada

On the day it was announced, the plan, if you could call it that, lacked key details, such as its official start date, how long people would have to isolate for before receiving results, how it would apply to connecting passengers, and a strategy for airports.

Last week, Health Minister Jean-Yves Duclo and Chief Public Health Officer Theresa Tam offered some clarity on airport testing, saying that it has already started at some airports (although, at the time, they were unable to state where).

Galloway asked Alghabra why the announcement was made before a system was put in place. 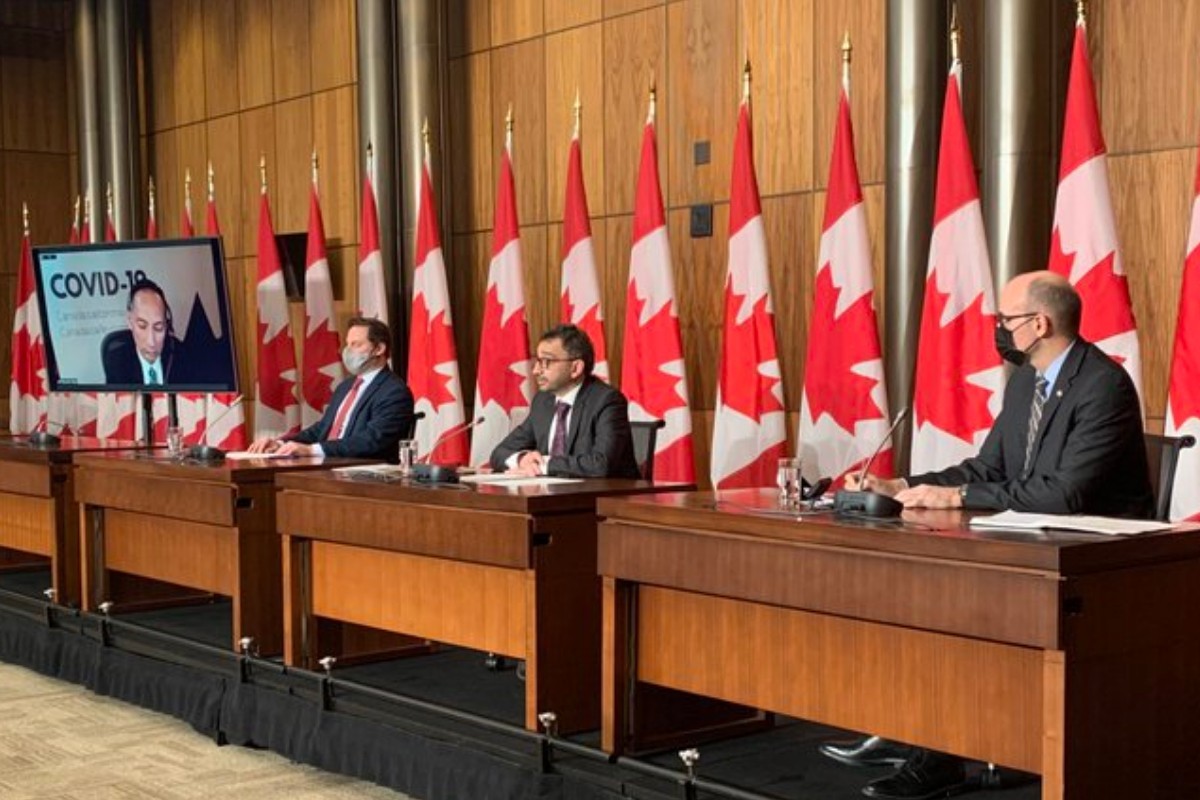 “There are still a lot of unanswered questions about this variant, and if we waited for perfection to get all the answers, we would have been too late,” Alghabra replied. “That's why we've acted with a system of layers of protective measures, and part of those measures are testing at the borders, including airports.”

The Minister added that Transport Canada is working with health officials, airports, and the CBSA to implement the tests “as efficiently as possible.”

“We are ramping up to get to 100 percent collaboratively with the airports. We will do whatever it takes to get it done right,” Alghabra said.

How South Africa was handled

Then there was the directive for travellers out of Africa to get a test from a third country before flying to Canada, which led global leaders, including the head of the World Health Organization (WHO), to condemn the Canadian government for not trusting COVID tests from South Africa, where scientists, ultimately, first discovered Omicron.

Alghabra said that decision was made to put a “time cushion” in between the time the traveller leaves the country they were from, “where there are significant reports of transmission,” and the time they arrive to Canada.

“The idea is just to put a time cushion and to ensure that we have an up to date test result,” Alghabra said, noting how Canada applied a similar measure to Pakistan and India earlier this year. 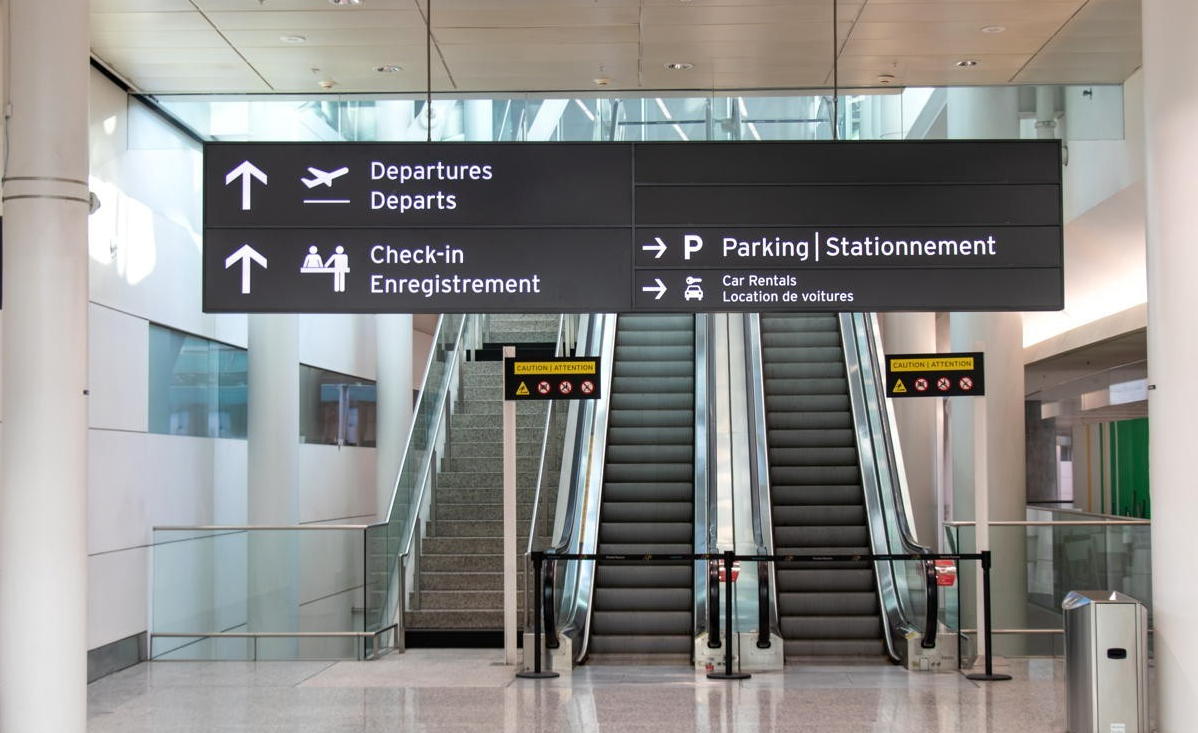 Ottawa, recently, announced a temporary exemption for travellers stuck in South Africa who are trying to get back to Canada, reducing the time requirement for the test to 48 hours, previously from 72, and allowing PCR tests from labs in South Africa.

Galloway asked why the Canadian government wasn’t implementing other destination-specific restrictions on the United Kingdom and Denmark, for instance, where community transmission of Omicron is also spiking.

“…every day we're discussing it with our experts,” Alghabra replied. “And we will not hesitate to modify or change these measures as we learn more.”

Should Canadians stay home this Christmas?

The interview also explores the question of whether Canadians should feel comfortable travelling this holiday season.

In a recent online survey conducted by Leger and the Association for Canadian Studies, it was found that a majority Canadians are saying “no” to travel this winter.

“I wish I can give you a blanket response,” Alghabra said, noting that “we're still in a pandemic."

“We need Canadians to be aware that measures could change at any time,” he said. “But we also want to encourage Canadians to get vaccinated, to follow public health and those who are thinking about travelling to really do their research to check travel advice.”