The Canadian component of the Air Line Pilots Association (ALPA) has released a video message directed at the federal government as part of the #SaveCanadianAviation campaign.

As the name suggests, this latest campaign aims to save the aviation industry in Canada while urging government leaders to act.

“After more than 10 months of advocating on behalf of our members, the federal government has yet to provide a substantive, labor-focused support package for the aviation industry,” said ALPA Canada President Tim Perry. “Their inaction means that jobs continue to be lost— threatening, among other things, the industry's future and Canada's broader economic recovery.”

For their part, believing that their industry is on the verge of collapse, flight attendants in Canada are also using billboards to get their message across.

The Airline Division of CUPE (which represents 15,000 Canadian flight attendants) is behind the latest Mayday campaign.

An email campaign is also in full swing, with nearly 6,000 messages already sent to the Prime Minister's address. The Mayday campaign also includes a petition .

"The government asked us to help bring Canadians home at the very beginning of the pandemic, but it has ignored us at every turn since," said Wesley Lesosky, president of the CUPE Air Transport Division. 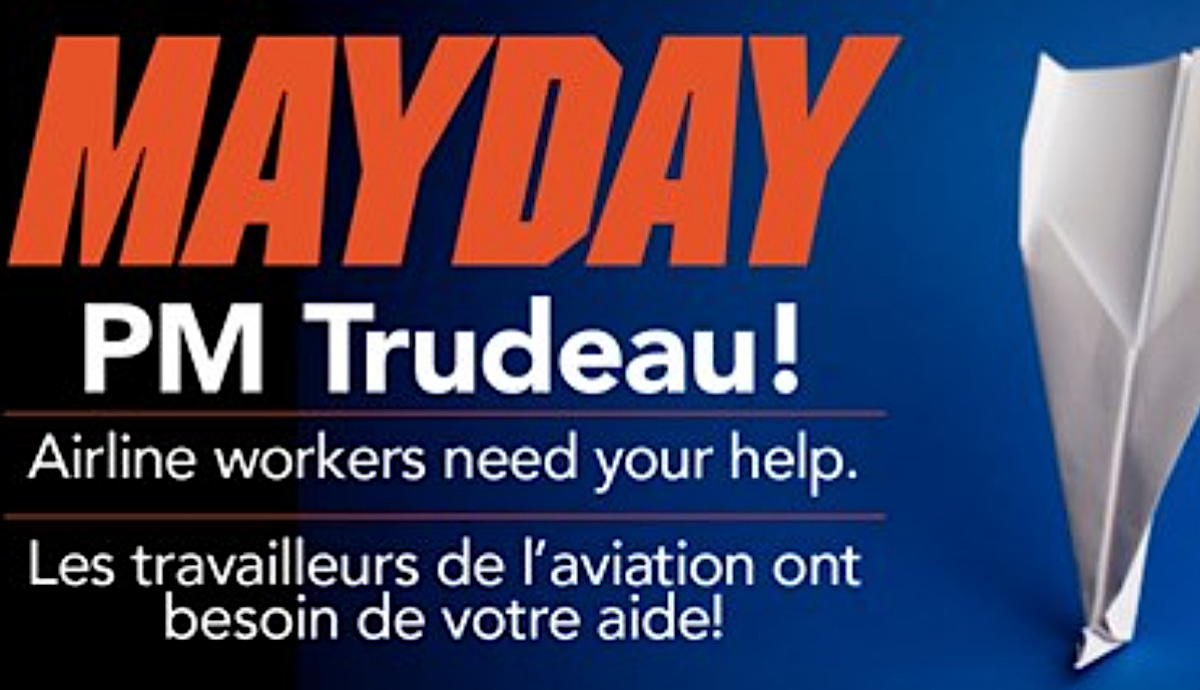 "We're tired of being ignored while the airlines and the federal government are passing the buck," he adds.

The union notes how Canada remains the only G7 country that does not have a plan to help its air transport sector weather the pandemic. He specifies that about 90% of its members working for airlines have been laid off, "patiently hoping to be called back to work."

“Every day that goes by without an assistance program drives up the number of jobs lost. We cannot let foreign airlines control the economic recovery in the Canadian airline industry," said Lesosky.