A snowstorm rolling through British Columbia has led to the “proactive” cancellation of dozens of WestJet flights.

In a statement posted its website yesterday, WestJet said 39 flights, to and from many airports in southern B.C., were cancelled Tuesday and "impacted guests have been notified with reaccommodation options.”

The Calgary-based airline also cancelled seven flights that were scheduled to take off on Wednesday (Nov. 30).

Air Canada also cancelled flights between destinations in B.C., as well as other cities outside of the province, including Seattle, Denver and Toronto.

The Vancouver Airport Authority has been reducing the number of departures because of the weather conditions, according to reports.

Environment and Climate Change Canada has issued alerts about poor weather in the B.C., including Vancouver Island.

Plane slides off tarmac at YVR

In report from the Canadian Press on Wednesday (Nov. 30), the first major fall snowstorm to hit B.C.’s south coast brought snow and freezing temperatures, slowing traffic, cutting power to thousands and even causing a plane to skid off a taxiway at Vancouver airport (YVR)

According to a statement, EVA Air Flight 10 from Taipei, Taiwan, landed at the airport around 7 p.m. last night, but slid off of the tarmac as it was making its way to the gate and got struck in the grass. 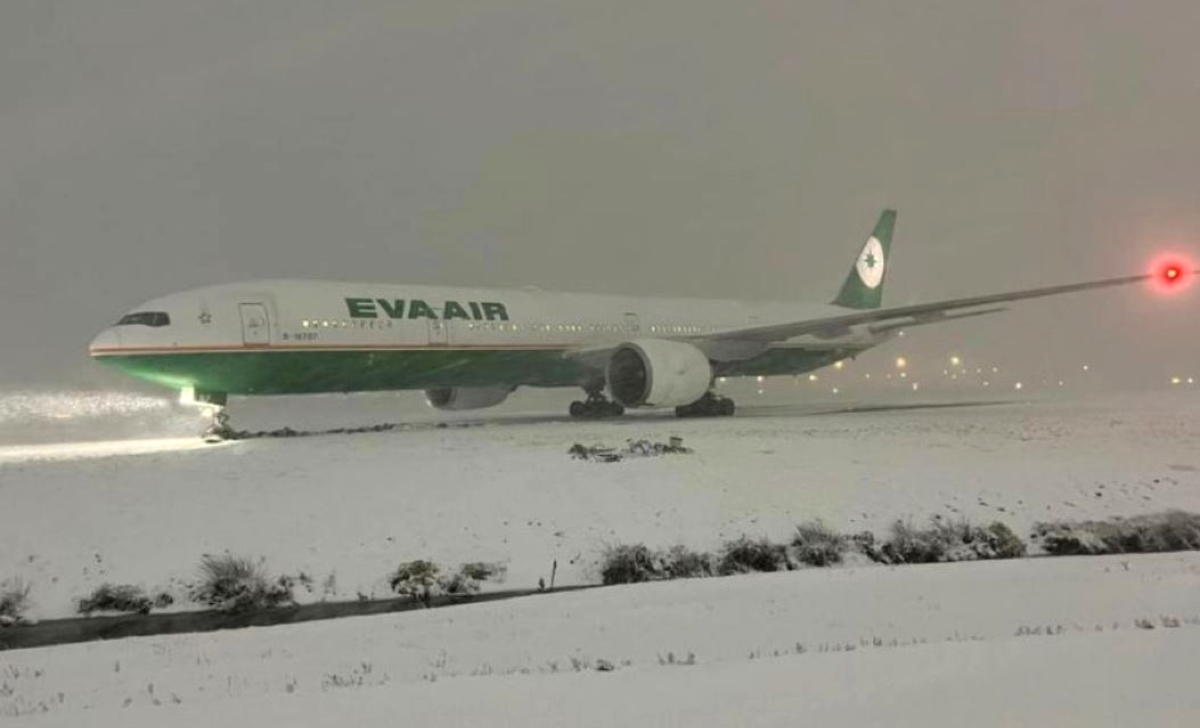 The airline said there were no injuries and that crews worked to get passengers safely to the airport.

But the north runway at YVR had to close, which is causing further delays and cancellations as all takeoffs and landings move to the south runway.

YVR is advising all passengers to check if their flight is delayed or canceled before heading to the airport.