A new airline that is looking to start operations at Toronto's Billy Bishop City Airport (YTZ) in Q2 of 2022 has outlined a plan to become the first zero-emission U.S.-based airline.

Connect Airlines, in April, first announced its intentions to link Toronto's island airport with hubs in the Northeast and Midwest United States.

On Wednesday (Dec. 8), the airline announced that it has signed a letter of intent (LOI) for new green-energy propulsion through a partnership with Universal Hydrogen Co., a company that is fighting to “decarbonize aviation through the adoption of hydrogen as a universal fuel.”

“Universal Hydrogen is making hydrogen-powered commercial flight a near-term reality,” the release reads. “Connect Airlines, a division of Waltzing Matilda Aviation, is in the final stages of its Department of Transportation certification process as a regularly scheduled airline and will begin service in the spring of 2022.”

“Together, Universal Hydrogen and Connect Airlines will work to introduce true zero-emission regional aircraft into service in North America starting in 2025.”

Connect Airlines says it has committed to purchasing 24 of Universal Hydrogen’s green hydrogen conversion kits, consisting of an order for 12 Dash 8-300 kits and purchase rights for 12 additional kits of other aircraft types.

For these aircraft, Universal Hydrogen targets installation of its conversion kits by 2025 and will subsequently supply green hydrogen fuel to the Connect Airlines fleet under a long-term agreement. 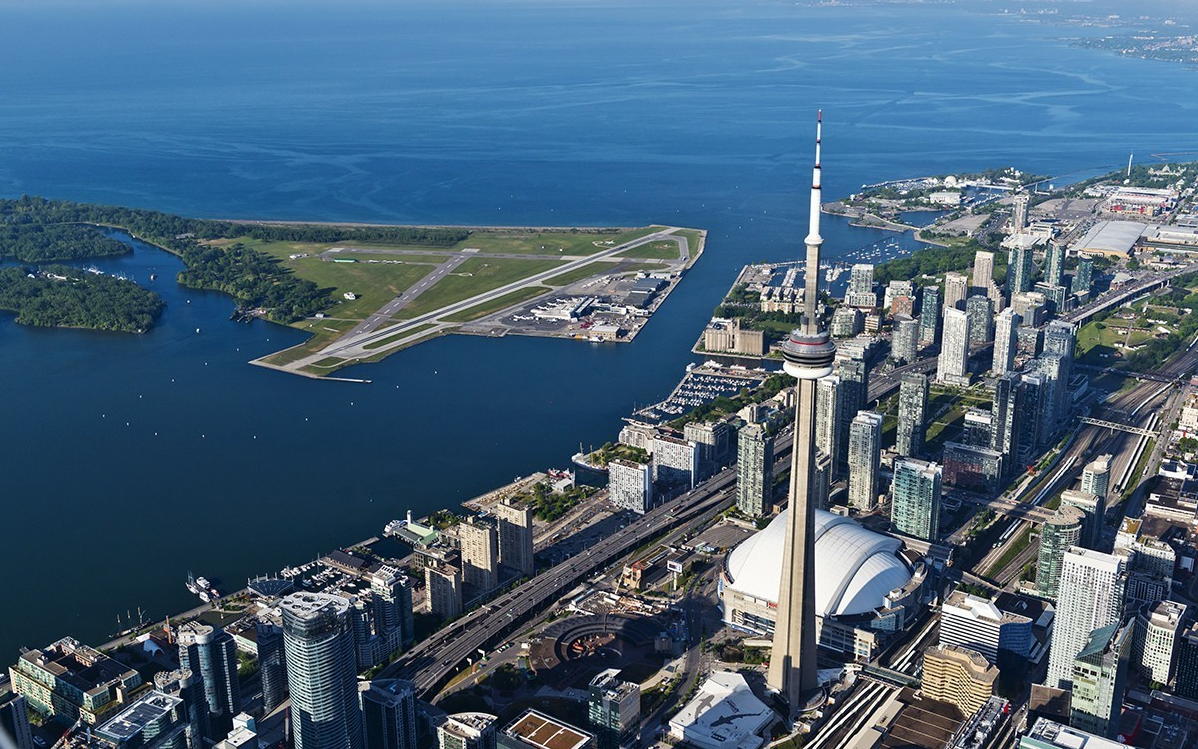 Connect Airlines will soon launch service using its “GreenJet” Dash 8 turboprop aircraft which will reduce fuel consumption and carbon footprint by approximately 35 percent versus the regional jets it replaces, it says.

The fleet will, in turn, “transition to a true zero-emission operation after adopting Universal Hydrogen’s technology.”

“The US is a laggard in its decarbonization efforts, and the US aviation industry is no exception,” added Paul Eremenko, co-founder and CEO of Universal Hydrogen. “That is why the bold step that Connect Airlines is making in being the first airline to commit to true zero-emissions operation in the relatively near term is so monumentally important.”

Connect emerges as a potential competitor to Porter Airlines, which has occupied YTZ since 2006, already serves many U.S. destinations, from Boston, to Chicago (Midway) to Newark to Washington-Dulles.

In April, Connect's CEO said the company's plan is to become an alternative option to business travellers as they start to fly between the U.S. and Canada again.

"We are passionate about how aviation brings people, cultures and business together. Especially in these challenging times, we are committed to delivering the world's most rewarding premium travel experience with safety, service, convenience and reliability," said Thomas at the time.