In response to the newly-discovered Omicron COVID-19 variant, all fully vaccinated air travellers entering Canada from departure points other than the United States will be subject to new arrival testing procedures, federal officials announced on Tuesday (Nov. 30).

In addition: fully vaccinated travellers will be required to quarantine while they await the results of their arrival test.

According to the Government of Canada's website, the new policy will take effect "in the coming days."

“We are taking quick action at our borders to mitigate travel related importations of the Omicron variant," Minister of Health Jean-Yves Duclos said on Tuesday. "While our monitoring systems are working well, we now know that the Omicron variant is present in Canada. We need to remain vigilant in our own actions."

"Vaccination and simple public health measures such as masking and limiting the number of persons we interact with slow down transmission, reduce hospitalization and death, and protect our health systems from being overwhelmed. We must all continue to do our part to protect all people in Canada.”

While no start date for the new testing procedure was shared, Minister Duclos said the policy would go into effect "as quickly and as much as possible over the next few days."

The on-arrival test, which will be paid for by the federal government, is in addition to the pre-departure test before arriving in Canada, Duclos said.

Minister Duclos also noted that Canada is preparing for a “possible extension” of this policy to include the United States and the land borders as the health situation evolves.

Unvaccinated travellers, with right of entry to Canada, will continue to be tested on arrival and day eight and quarantine for 14 days and be required to stay in a "designated quarantine facility or other suitable location" while they await the result of their arrival test.

Minister Duclos made the announcement at a press conference, which was also attended by Minister of Health Omar Alghabra and Minister of Public Safety Marco Mendicino.

“Canada Border Services Agency officers will apply all measures deemed necessary to comply with entry requirements," said Minister Mendicino. "I ask all Canadians to be patient as they wait to cross the border and check to ensure you have complied with all entry requirements before arriving at the Canadian border.”

At that same conference, officials added three more African countries to its list of countries with entry prohibitions, which was originally announced on Nov. 26.

The policy bans the entry into Canada of all foreign nationals who travelled to these countries in the last 14 days.

Canadian citizens, permanent residents and people with status under the Indian Act, regardless of their vaccination status or having had a previous history of testing positive for COVID-19, who have been in any of these 10 countries in the previous 14 days, will be subject to enhanced pre-entry and arrival testing, screening, and quarantine measures, Ottawa notes.

“The health and safety of Canadians remains our priority,” said Minister Duclos on Tuesday.

The update comes on the same day that the transition period that has allowed unvaccinated travellers to board a plane or train in Canada by presenting a negative COVID-19 test ended.

Throughout November, unvaccinated individuals have been allowed to board planes and trains just as long as they presented a negative molecular COVID-19 test taken within 72 hours before their trip.

Now, as per a vaccine mandate for travel that began Oct. 30, individuals over the age of 12 who are not vaccinated will no longer qualify for travel.

Those with a valid medical condition, individuals who need to fly to remote communities accessible only by plane and travellers transiting through Canada are among those who are exempt from the new rules.

But "very limited exceptions" are being made, Transport Canada told PAX in an email in October.

Minister Duclos also said on Tuesday that the government has asked the National Advisory Committee on Immunization (NACI) to provide "quick guidance on whether we should revise national standards, national attitudes and actions on the use of boosters in Canada in the context of the new omicron variant."

The NACI currently recommends a third dose of a COVID-19 vaccine for people deemed to be at high risk, such as people 80 and older or those living in long-term care facilities. 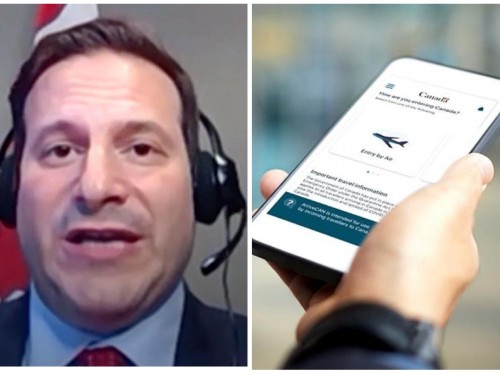 ArriveCAN might still be used after the pandemic, says public safety minister 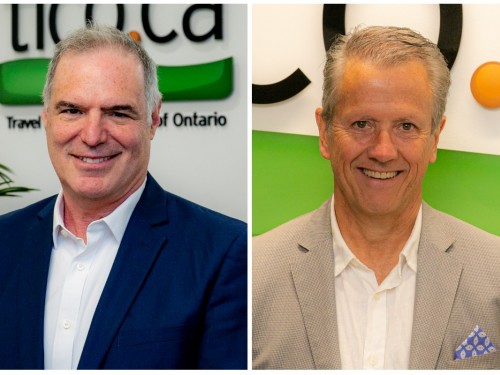 TICO marks 25 years at AGM; update to board of directors announced