The International Air Transport Association (IATA) is continuing to demonstrate that the risk of passengers contracting COVID-19 on a plane is low.

The association has kept a running tally of published cases from the outset of the pandemic.

Since the start of 2020, there have been 44 cases of COVID-19 reported in which transmission is thought to have been associated with a flight journey (inclusive of confirmed, probable and potential cases). Over the same period some 1.2 billion passengers have travelled. 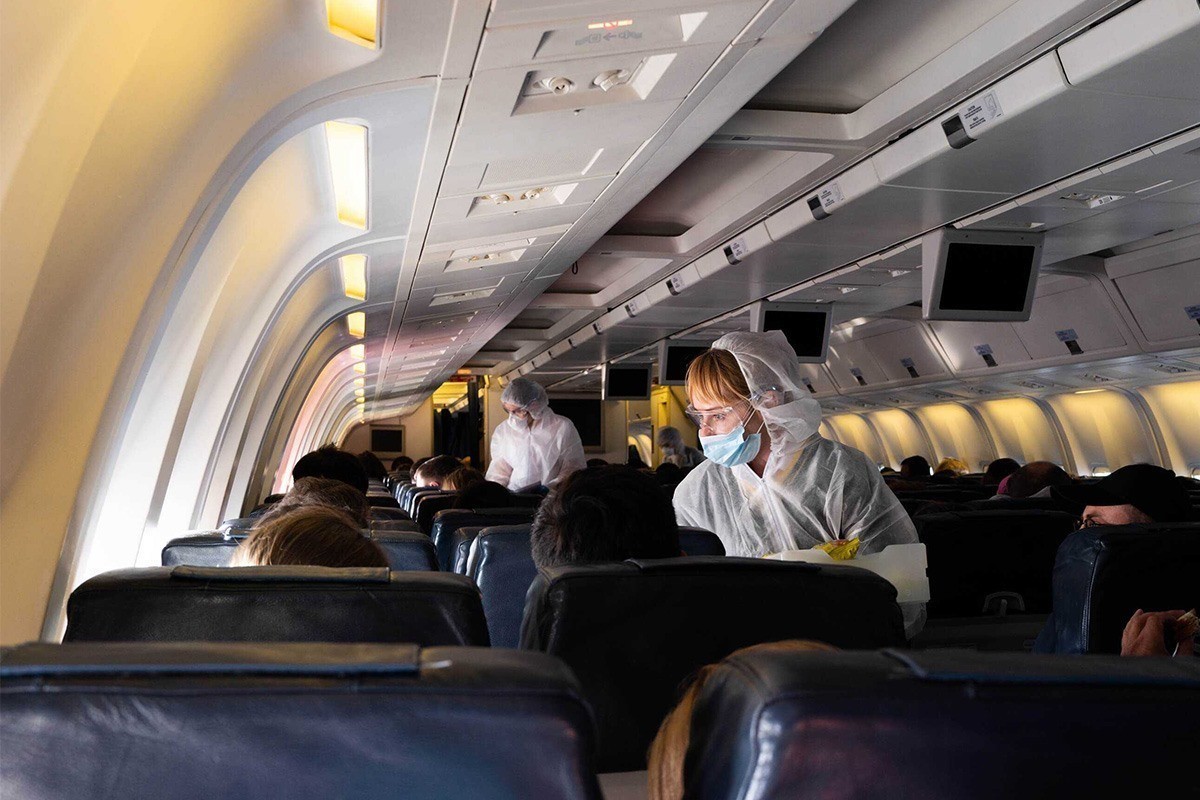 “The risk of a passenger contracting COVID-19 while onboard appears very low. With only 44 identified potential cases of flight-related transmission among 1.2 billion travellers, that’s one case for every 27 million travellers. We recognize that this may be an underestimate but even if 90% of the cases were un-reported, it would be one case for every 2.7 million travellers. We think these figures are extremely reassuring.  Furthermore, the vast majority of published cases occurred before the wearing of face coverings inflight became widespread,” said Dr. David Powell, IATA’s Medical Advisor, in a release.

New insight into why the numbers are so low has come from the joint publication by Airbus, Boeing and Embraer of separate computational fluid dynamics (CFD) research conducted by each manufacturer in their aircraft.

While methodologies differed slightly, each detailed simulation confirmed that aircraft airflow systems do control the movement of particles in the cabin, limiting the spread of viruses. 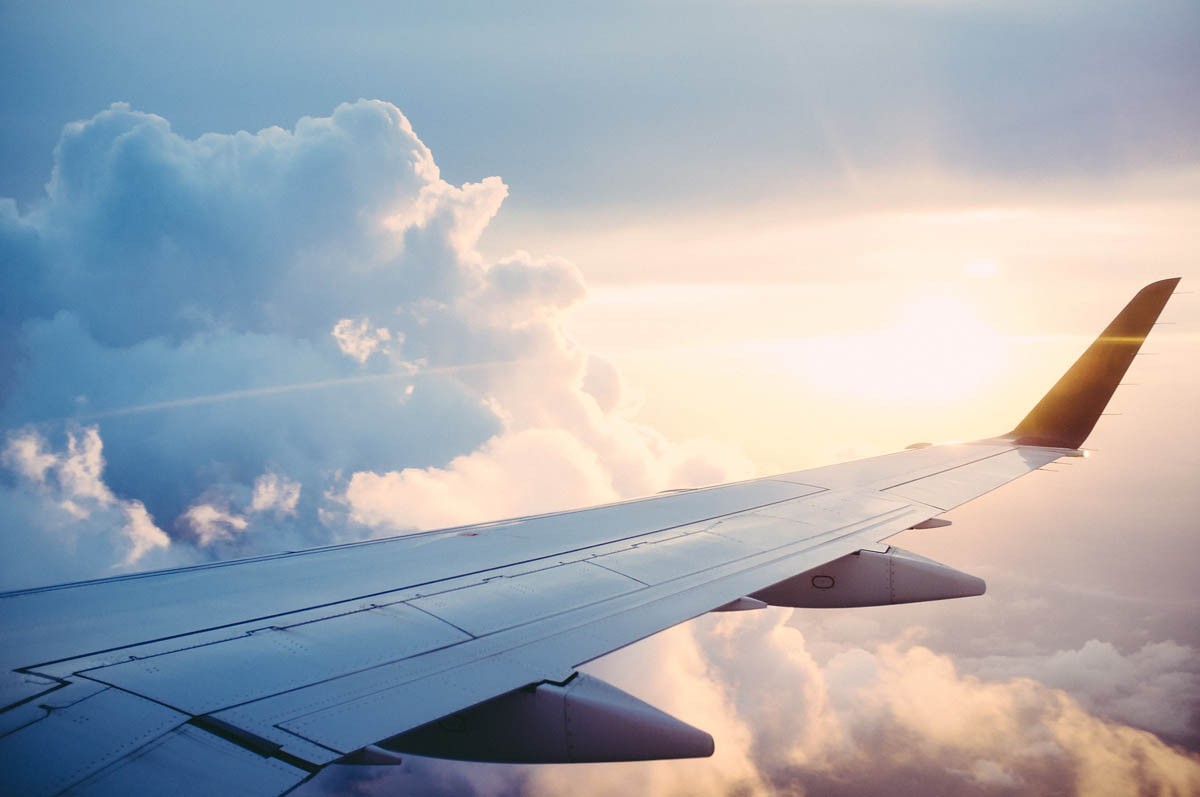 IATA’s data collection, and the results of the separate simulations, align with the low numbers reported in a recently published peer-reviewed study by Freedman and Wilder-Smith in the Journal of Travel Medicine.

Although there is no way to establish an exact tally of possible flight-associated cases, IATA’s outreach to airlines and public health authorities combined with a thorough review of available literature has not yielded any indication that onboard transmission is in any way common or widespread.

Further, the Freedman/Wilder-Smith study points to the efficacy of mask-wearing in further reducing risk.

Mask-wearing on board was recommended by IATA in June and is a common requirement on most airlines since the subsequent publication and implementation of the Takeoff Guidance by the International Civil Aviation Organization (ICAO).

This guidance adds multiple layers of protection on top of the airflow systems which already ensure a safe cabin environment with very low risks of inflight transmission of disease.

“ICAO’s comprehensive guidance for safe air travel amid the COVID-19 crisis relies on multiple layers of protection, which involve the airports as well as the aircraft. Mask-wearing is one of the most visible. But managed queuing, contactless processing, reduced movement in the cabin, and simplified onboard services are among the multiple measures the aviation industry is taking to keep flying safe. And this is on top of the fact that airflow systems are designed to avoid the spread of disease with high air flow rates and air exchange rates, and highly effective filtration of any recycled air,” said Powell.

Aircraft design characteristics add a further layer of protection contributing to the low incidence of inflight transmission. These include:

The interaction of those design factors in creating a uniquely low-risk environment had been intuitively understood but not previously modelled prior to the CFD simulations by the three major manufacturers in each of their aircraft cabins.

The following are highlights from the manufacturers’ research:

Airbus used CFD to create a highly accurate simulation of the air in an A320 cabin, to see how droplets resulting from a cough move within the cabin airflow. The simulation calculated parameters such as air speed, direction and temperature at 50 million points in the cabin, up to 1,000 times per second.

Airbus then used the same tools to model a non-aircraft environment, with several individuals keeping six feet (1.8 meters) distance between them. The result was that potential exposure was lower when seated side by side on a plane than when staying six feet apart in an environment such as an office, classroom or grocery store.

“After multiple, highly-detailed simulations using the most accurate scientific methods available, we have concrete data which reveals the aircraft cabin offers a much safer environment than indoor public spaces,” said Bruno Fargeon, Airbus Engineering and the leader of the Airbus Keep Trust in Air Travel Initiative. “The way that air circulates, is filtered and replaced on airplanes creates an absolutely unique environment in which you have just as much protection being seated side-by-side as you would standing six feet apart on the ground.”

“This modelling determined the number of cough particles that entered the breathing space of the other passengers”, said Dan Freeman, the chief engineer for Boeing’s Confident Travel Initiative.  “We then compared a similar scenario in other environments, such as an office conference room. Based on the airborne particle count, passengers sitting next to one another on an airplane is the same as standing more than seven feet (or two meters) apart in a typical building environment.”

The research Embraer completed shows that risk of onboard transmission is extremely low, and the actual data on in-flight transmissions that may have occurred, supports these findings.

Luis Carlos Affonso, Senior Vice-President of Engineering, Technology and Strategy, Embraer, said: "The human need to travel, to connect, and to see our loved ones has not disappeared. In fact, at times like this, we need our families and friends even more. Our message today is that because of the technology and procedures in place, you can fly safely – all the research demonstrates this.  In fact, the cabin of a commercial aircraft is one of the safer spaces available anywhere during this pandemic."

This research effort demonstrates the cooperation and dedication to safety of all involved in air transport and provides evidence that cabin air is safe, says IATA.

A recent IATA study found that 86% of recent travellers felt that the industry’s COVID-19 measures were keeping them safe and were well-implemented.

“There is no single silver-bullet measure that will enable us to live and travel safely in the age of COVID-19. But the combination of measures that are being put in place is reassuring travellers the world over that COVID-19 has not defeated their freedom to fly. Nothing is completely risk-free. But with just 44 published cases of potential inflight COVID-19 transmission among 1.2 billion travellers, the risk of contracting the virus on board appears to be in the same category as being struck by lightning,” said Alexandre de Juniac, IATA’s Director General and CEO.

“The detailed computational fluid dynamics research of the aircraft manufacturers demonstrates that combining the aircraft’s existing design features with mask-wearing creates a low-risk environment for COVID-19 transmission. As always, airlines, manufacturers and every entity involved in aviation will be guided by science and global best practices to keep flying safe for passengers and crew." 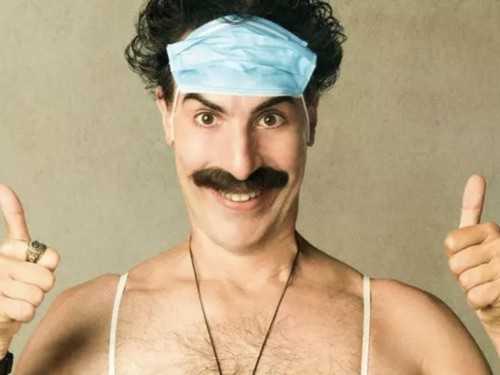 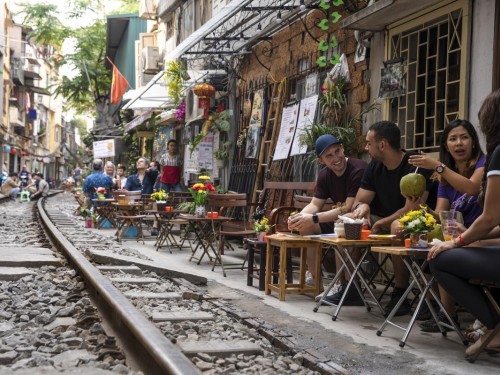