The Travel Agent Next Door (TTAND) hosted its sixth annual supplier appreciation event Wednesday night (Dec. 2), celebrating some 100 partners in a virtual webinar that began with highlighting what the host agency calls its “three Ws” of success.

“A win for you, a win for the agent, and a win for The Travel Agent Next Door,” said a smartly-dressed Flemming Friisdahl, founder and CEO of TTAND, speaking to attendees via web cam. “It’s always about that and that is the key to our success.”

“If suppliers are not meeting the needs of travel agents, we select new ones. Not us. The travel agents do,” he said, noting how 355 advisors participated in TTAND’s recent supplier survey.

The survey asked TTAND advisors what kind of suppliers and products they’d like to see while narrowing down preferences.

TTAND divides its suppliers into “preferred” and “approved” categories (and only has one-to-three suppliers per category, per type of supplier).

“Here’s the great news – all of you here are still part of the group,” Friisdahl told the night’s attendees. “We’re excited about that. All of you were voted in the top three spots.”

Adventure Canada will also be joining and TTAND is currently working on possible agreements with cruise-focused Shore Excursions and Backroads, a bicycle trip company. 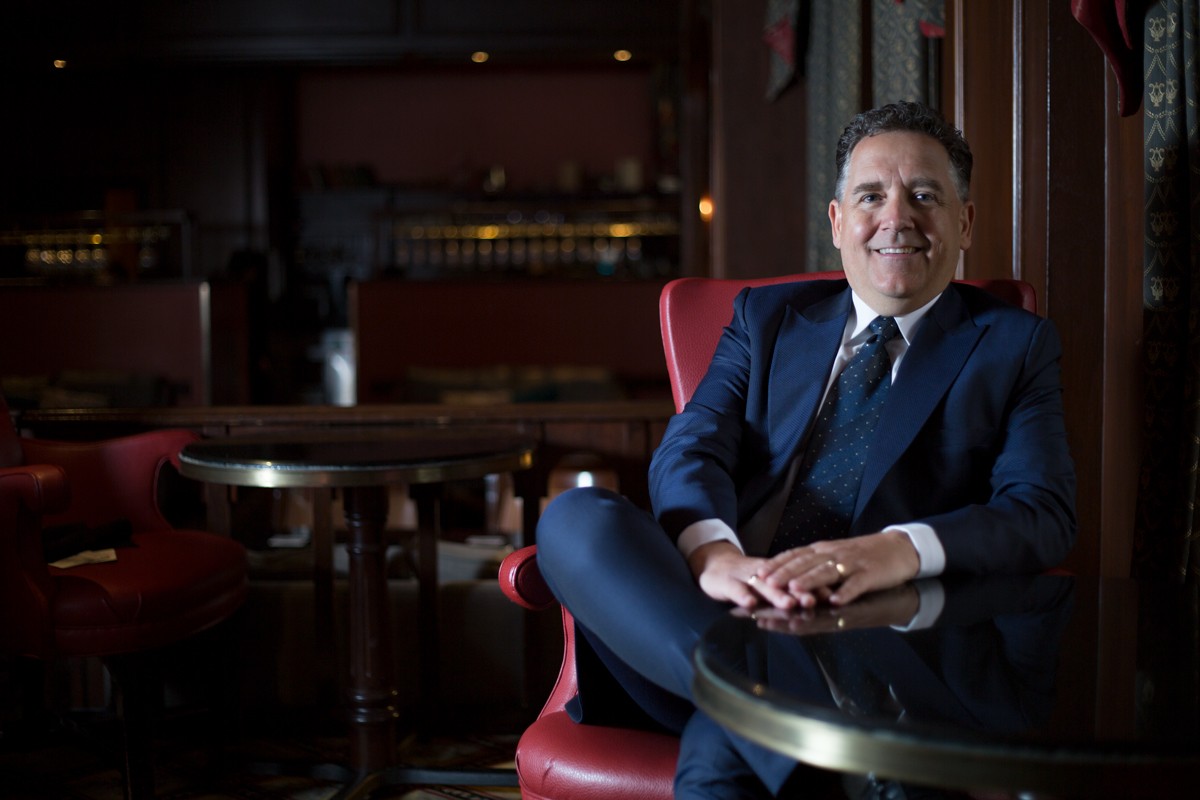 TTAND may have added just three suppliers, but this growth aligns with the philosophy that “less suppliers equals more sales for everyone,” said Friisdahl.

“The Travel Agent Next Door is suffering like everybody else is,” said Friisdahl, alluding to the devastating impact the COVID-19 pandemic has had on the travel industry.

Friisdahl said TTAND has not had to lay off its 43 employees, but said that staff members are working on a “slightly reduced schedule.” 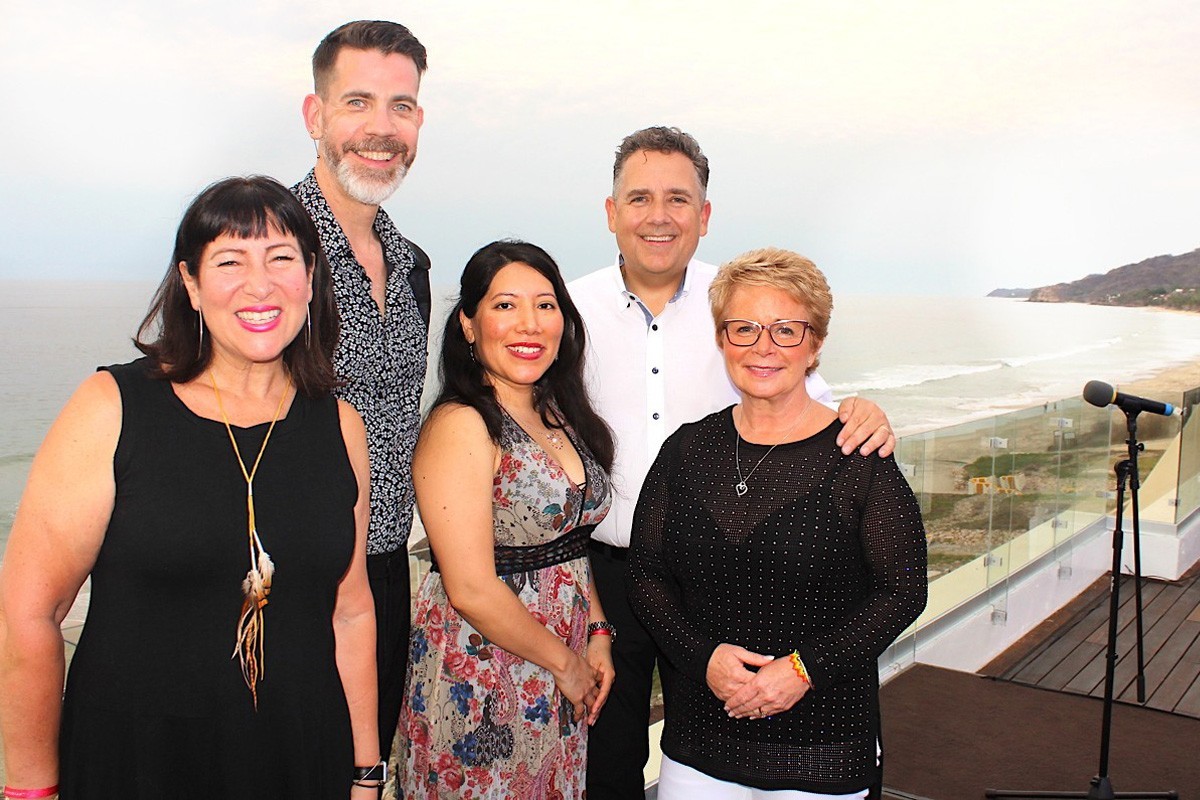 “We’re very fortunate that we have them to get us through this tough time because we’re building a lot of new stuff,” said Friisdahl, noting how the host agency has utilized the government’s wage and rent subsidies and job share programs.

Additionally, Friisdahl said TTAND has secured more than $2 million dollars in funding “if we need it.”

But: “Right now we’re good until September-October of next year, if we need to take advantage of that funding,” he said.

With that, and noting advancements in COVID-19 vaccines, the CEO said that “we’re so much closer to the end of this whole storm."

Friisdahl went on to review TTAND’s Rising Star, Millionaire and Client Authorization programs, as well as its annual profit-sharing Partner Incentive program, which, this year, amounted to $40,000 in bonuses paid to agents – even after “everything had hit the fan,” said Friisdahl.

“I felt that it was just as important to support our agents, even though we needed it, but we also knew they needed it,” he said. “Without [our agents], we don’t have a business. Any of us.”

“Our agents are what make the difference.” 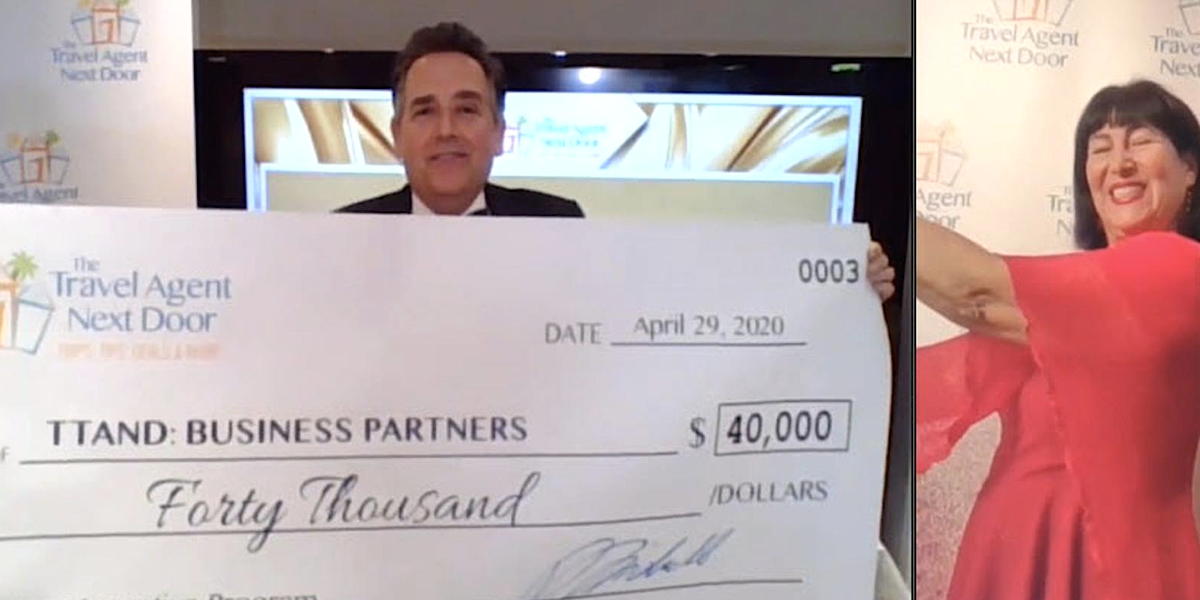 How many travel advisors does TTAND have in its roster?

According to a slide Friisdahl presented, TTAND had 435 primary and 359 associate agents in 2019. For 2020, the number of primary agents rose to 510 with the number of associates increasing to 401.

“The real change that we’ve seen with The Travel Agent Next Door is that the number of associate agents – people under agents – did not very grow much this year,” said Friisdahl. “But our primary agents have grown the same.”

“Even during COVID, we’ve seen more agents join The Travel Agent Next Door. Right now, we’re at over 900 agents. We expect that next year we’ll be at 1,000 agents.”

Friisdahl said that for every 11 agents, there’s one TTAND staff member.

“We will continue that level of support,” he told attendees.

TTAND’s annual conference, which was supposed to happen in Jamaica in April but was cancelled due to the coronavirus crisis, has been moved to October 2021, noted Friisdahl.

He also reviewed TTAND’s Z.I.P. (Zero Interest Program), which lets travellers finance their travel over a choice of agreed-upon time and payments, and how the service will be appealing to travellers, post-pandemic. (See complete details here).

TTAND was recently named the number one agency for total sales with Ensemble Canada, an award that was presented by Ensemble CEO David Harris at the company's virtual conference in November.

“We got that in our second year with Ensemble, so we’re very proud,” Friisdahl said. 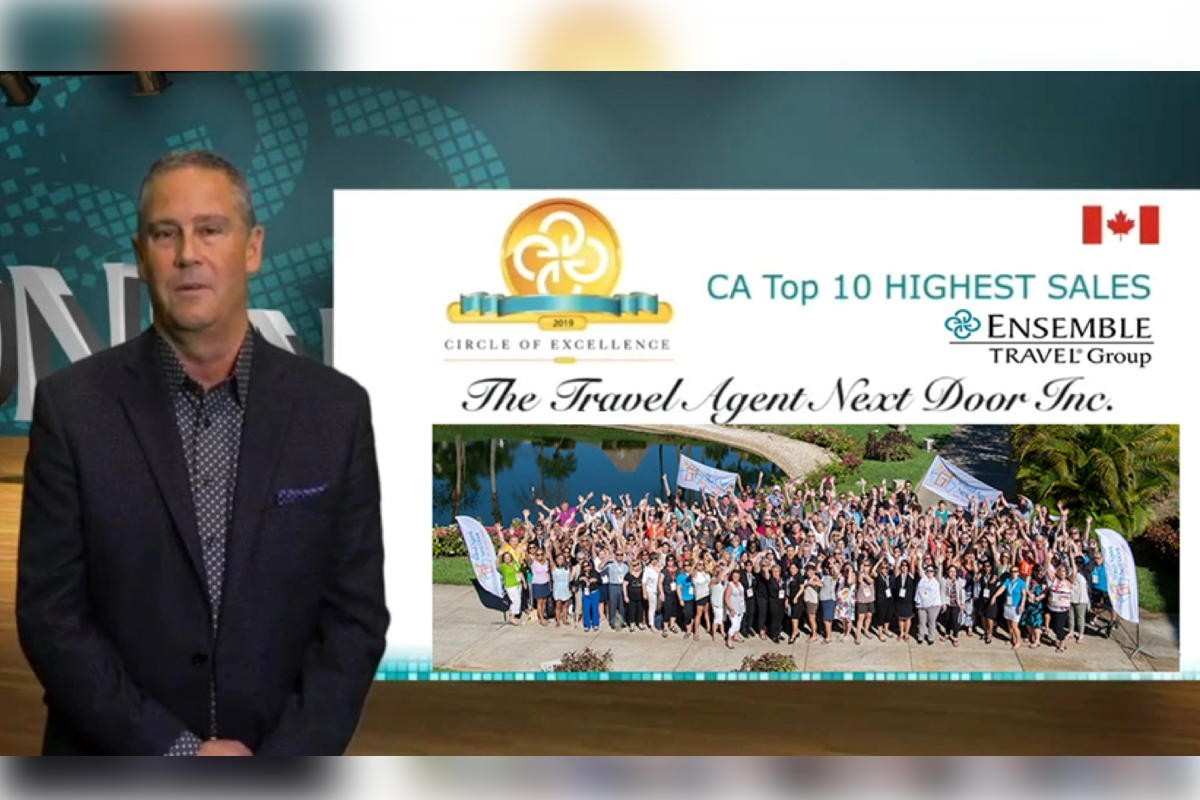 ACITA urges its 1,500-strong membership to schedule 30-minute Zoom meetings with their local MPs to discuss topics such as financial aid, the impact of commission recalls, rapid testing at airports and easing Canada’s 14-day quarantine order. 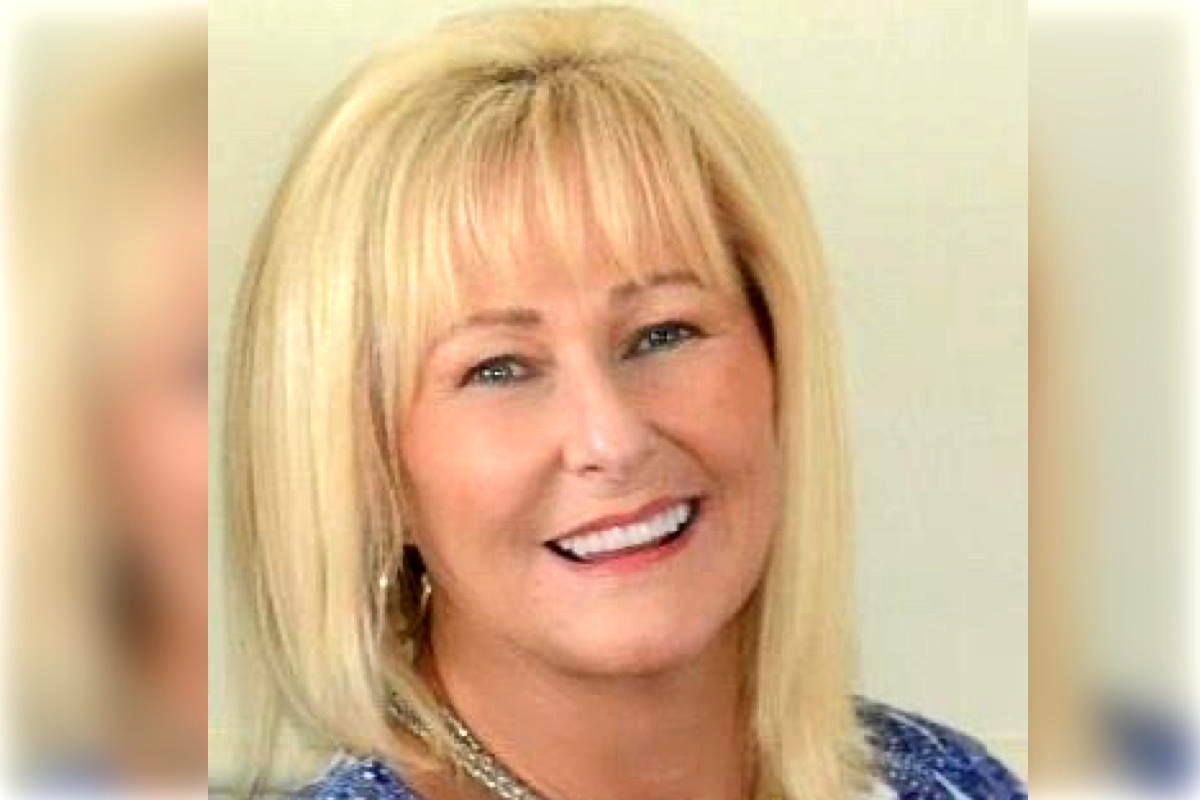 Friisdahl has, so far, participated in about 12 virtual calls, while Coates, alongside her partners Brenda Slater of Beyond the Beach and Nancy Wilson of TravelOnly, have completed more than 110 calls.

While the travel industry may be on pause, TTAND has still managed to stay engaged with its advisors and, as well, keep its advisors active within their communities.

There was the eight-week “Isolation Game” it played along with agents, in addition to a baking series called “All You Knead Is Love,” led by Penny Martin, vice-president of travel agent services at TTAND.

Over the summer, TTAND ran an eight-week-long “FITTRIP” challenge, which encouraged advisors to take up physical activities.

This campaign, which included prizes like free hotel stays, amounted to 870,000 minutes of exercise, said Friisdahl, while raising $15,000 for Pencils for Kids, a charity for school children in Niger, West Africa.

In July, TTAND launched a contest for essential workers, rewarding free trips to Cancun, Mexico to a nurse and a truck driver out of 750 entries, Friisdahl said.

Then, in the fall, there was a four-week campaign called “TTAND Lends A Hand,” which encouraged agents to share stories about how they have contributed to their communities. That campaign saw $1,250 in charitable donations.

TTAND’s latest initiative is a “Holiday Joy” fundraiser whereby the company will help families in need by drawing gift cards for groceries and even pet supplies. 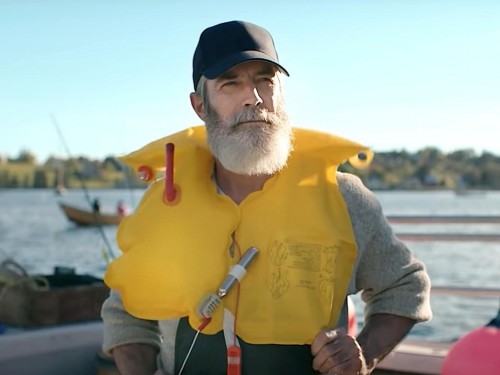 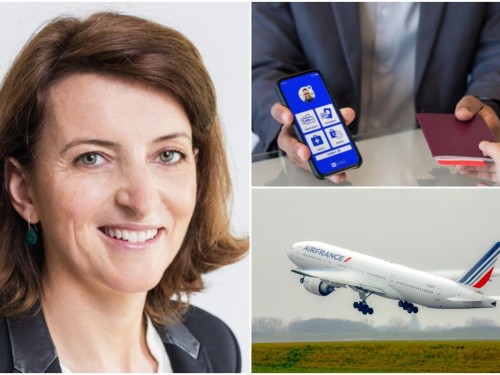